Inside Emmer, the bakery Toronto keeps lining up for
Skip to content 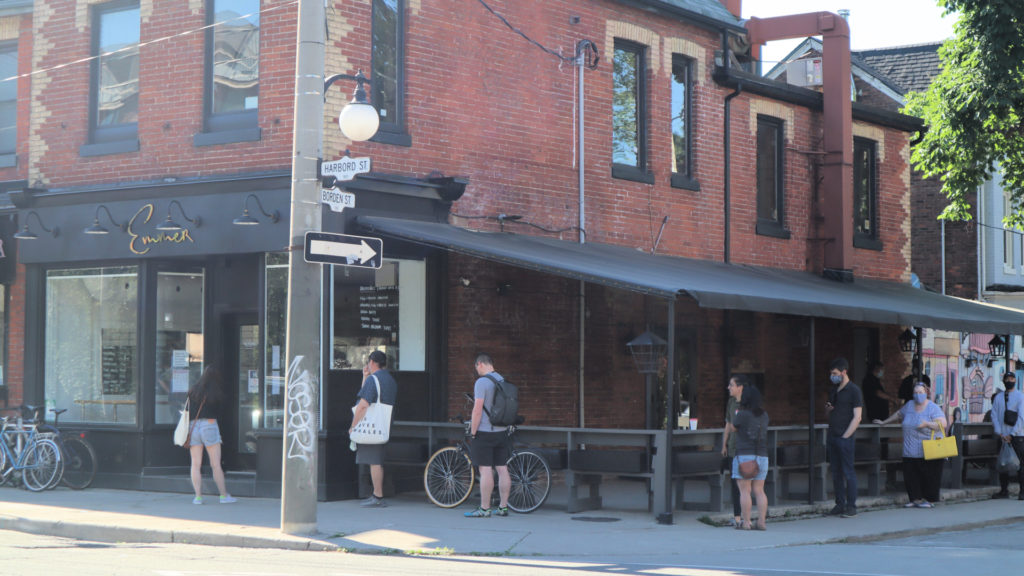 Philip Haddad’s obsession with baked goods has now become Toronto’s. The chef/owner of Emmer bakery began perfecting his bread and croissant recipes at home a few years ago. Haddad had travelled extensively over the previous decade of his career and often found himself seeking out the “best of the best” food as he describes it.

Haddad says that the people who tried his home baking projects began telling him that he should sell them to the public. “In the beginning, it was a bit of a joke and then I took it seriously and thought, ‘you know, maybe I can do this,’” says Haddad. 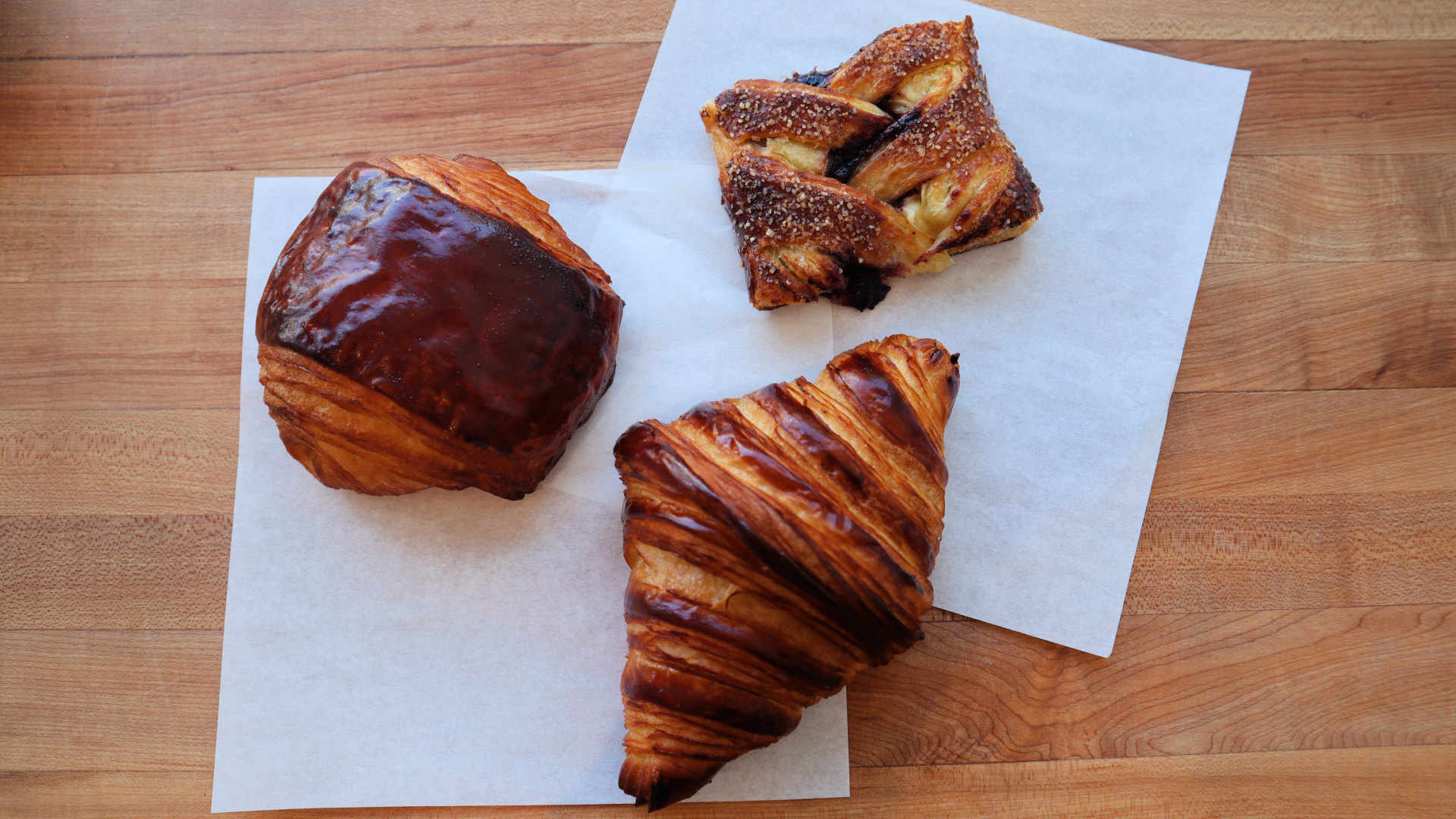 After renting a commercial space, Haddad spent several more years secretly testing his recipes before finally launching Emmer into the world. “I didn’t want to rush into it, so I slowly made my way into finding what I thought was perfection for me,” he says. “I know I won’t make everybody happy but at least I’ve made what makes me happy and my staff happy and we hope that the public loves it too. They seem to at least at this point.”

The physically distanced line-up outside Emmer typically begins to wrap around the outside of the bakery even before it opens at 9 a.m. “It’s been a bit wild,” says Haddad. “I’m still grateful that people choose us to spend a few minutes with us and some of their hard-earned dollars with us. We want to make it worth their while.” 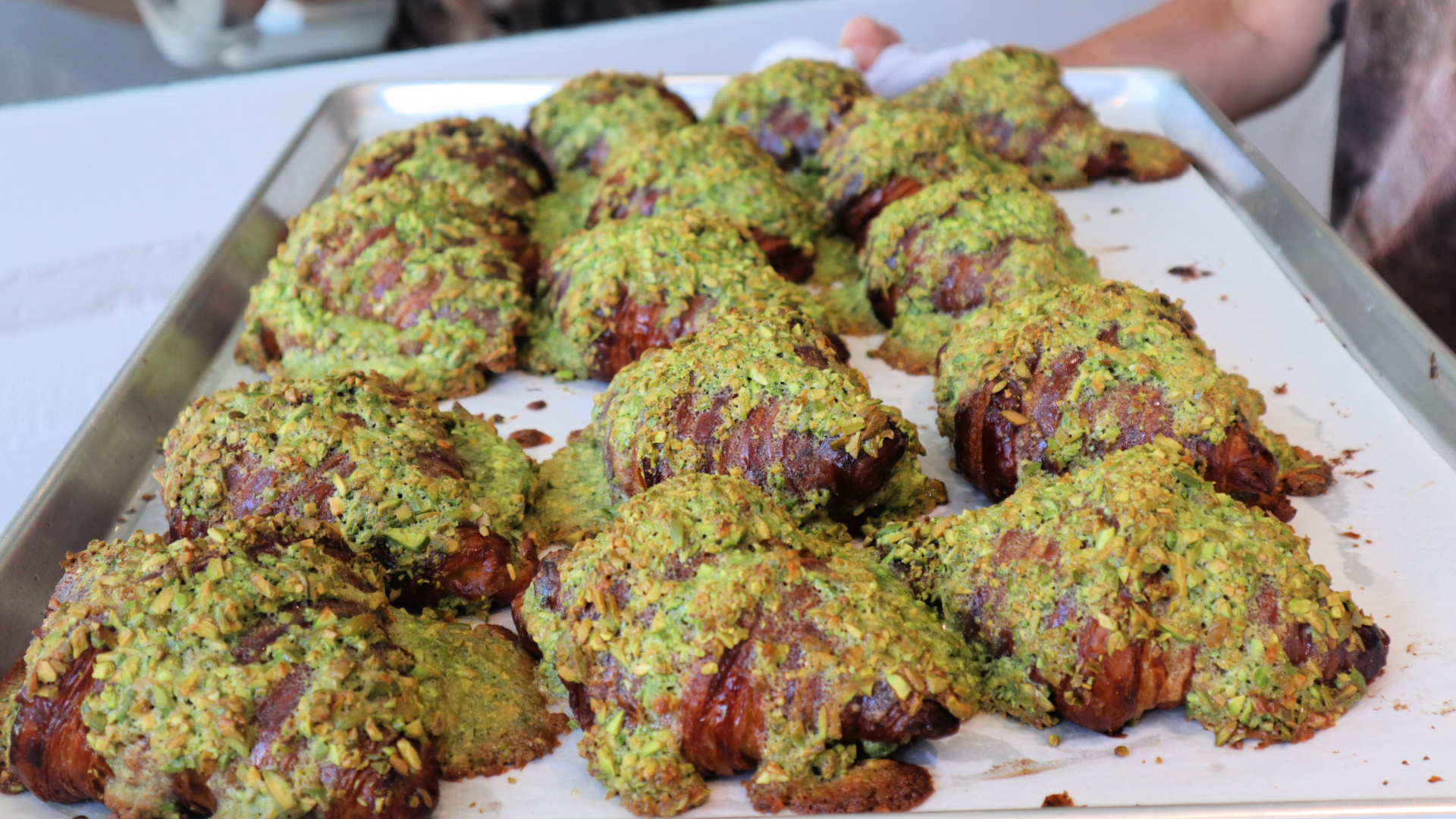 Haddad says their sourdough bread and croissants are particularly popular, with the pistachio croissant ranking among the most in-demand items. “It’s more of a gift to the clients. We’re not making any money off the pistachio. It’s just my favourite thing in the world,” says Haddad.

Haddad says that simple recipes and high-quality ingredients are the secrets to the bakery’s delicious products. “I stripped them down to the very basics but using the best ingredients,” he says. “My philosophy is if I can make it better in-house I will, but if I can’t then I want to source out the best products possible.” 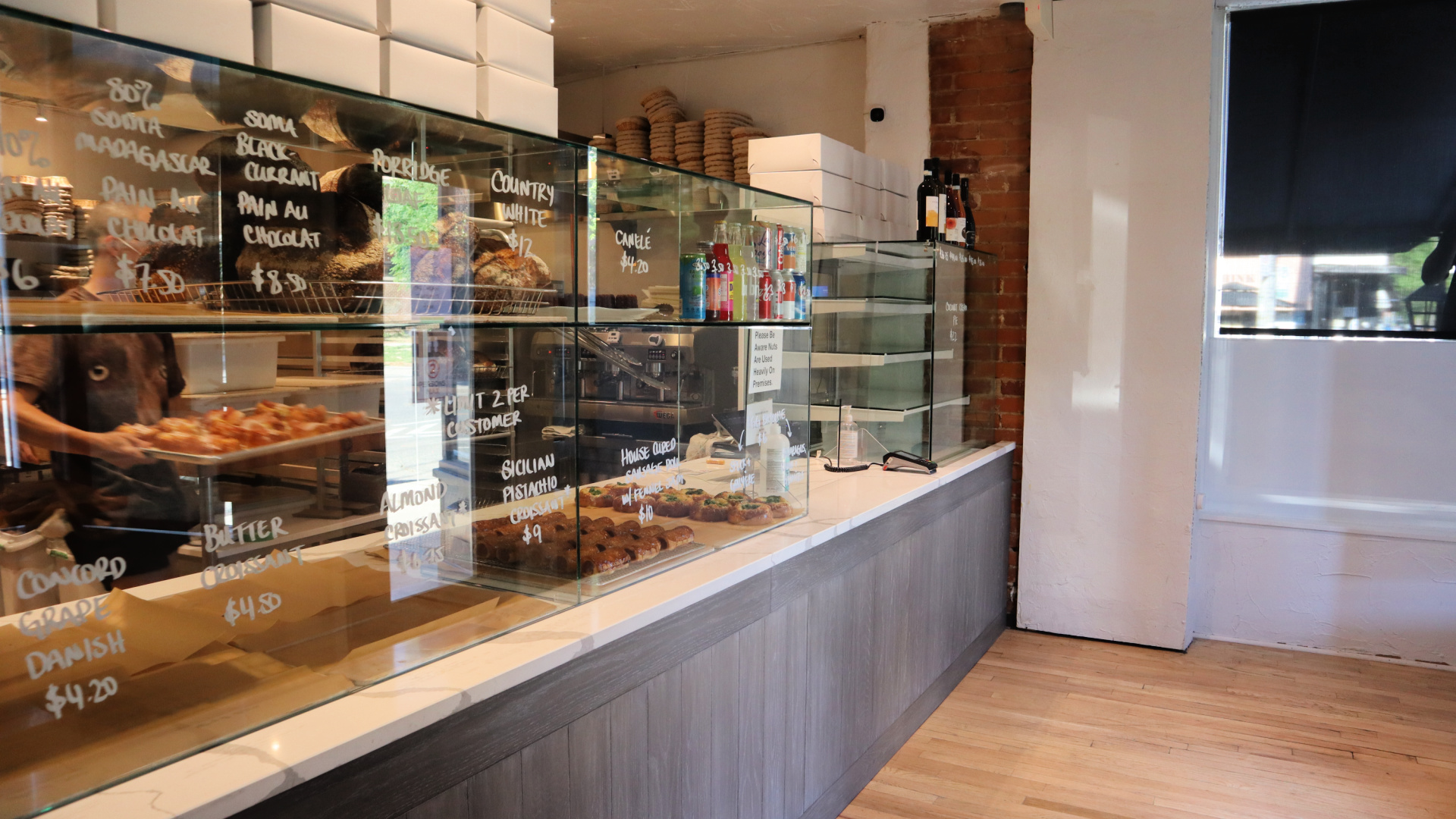 The bakery sells out every day, well before its official 3 p.m. closing time. Haddad says the team will be expanding to the second storey of the bakery space, which will offer room for slightly larger-scale production. “But we’re not going to sacrifice quality to just mass produce. That’s just not what we’re about,” he says, explaining the operation will remain small in spite of its popularity.

Emmer will soon be launching dine-in lunch and dinner service on its side patio. Haddad says the menu will include some of the bakery’s familiar pastries and breakfast sandwiches, as well as savoury toasts, patty melts, veggie-forward dishes and housemade pasta. A number of the dishes have already been trialled as limited-time lunch items at the bakery.

“I’m doing this to make people happy and make the staff happy and offer jobs and so hopefully that’s translating into what we’re offering and the experience that people are having when they come in to visit us,” says Haddad.