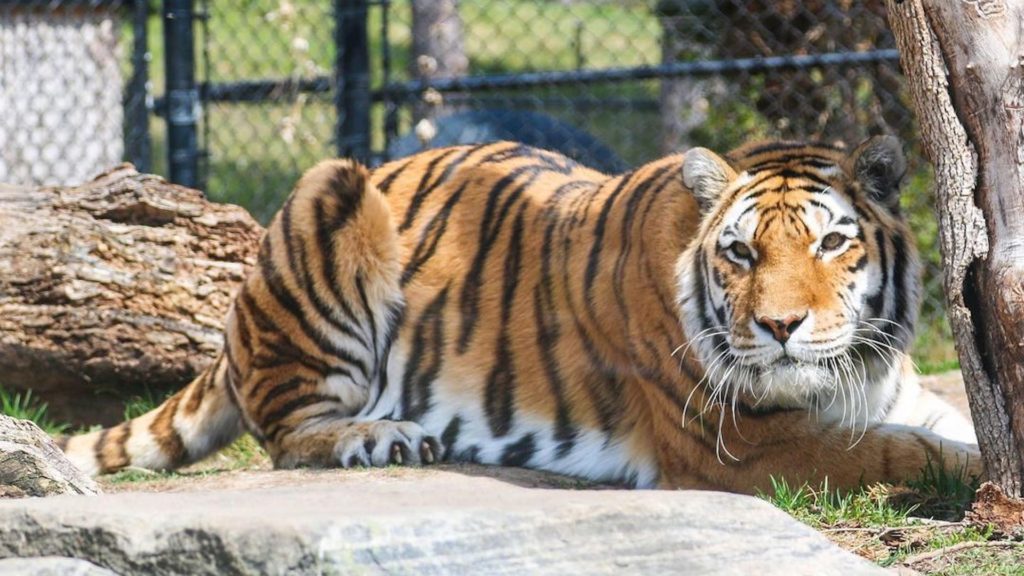 An Amur tiger Mazyria at the Toronto Zoo gave birth to three cubs this past weekend after a 104-day pregnancy.

The Toronto Zoo stated that both mom and her cubs are doing well and that Wildlife Care Keepers have been using remote cameras to watch the family to ensure the mom and cubs can bond without any disturbances.

The Toronto Zoo wrote that Mazy has been a top-notch mom so far and is nursing and grooming her cubs regularly. However, the next few months are critical to the cub’s development.

As long as there is no need to intervene, the cubs’ sexes should be determined in six to eight weeks at their first veterinary check-up.

Mazy is one of the oldest Amur tigers to give birth in the Species Survival Plan (SSP). She had her last litter when she was nine-years-old in 2013.

Mazy, born at the Granby Zoo, was mated with Vasili, a male tiger born at Calgary Zoo through the Amur Tiger SSP recommendation.

It is always a happy time in the city, when the Toronto Zoo shares news of babies, and that much more so when it is an important moment such as one that aids in the protection of species at risk.

The three new cubs will bring the number of Amur tigers cubs raised at the Toronto Zoo to 23.