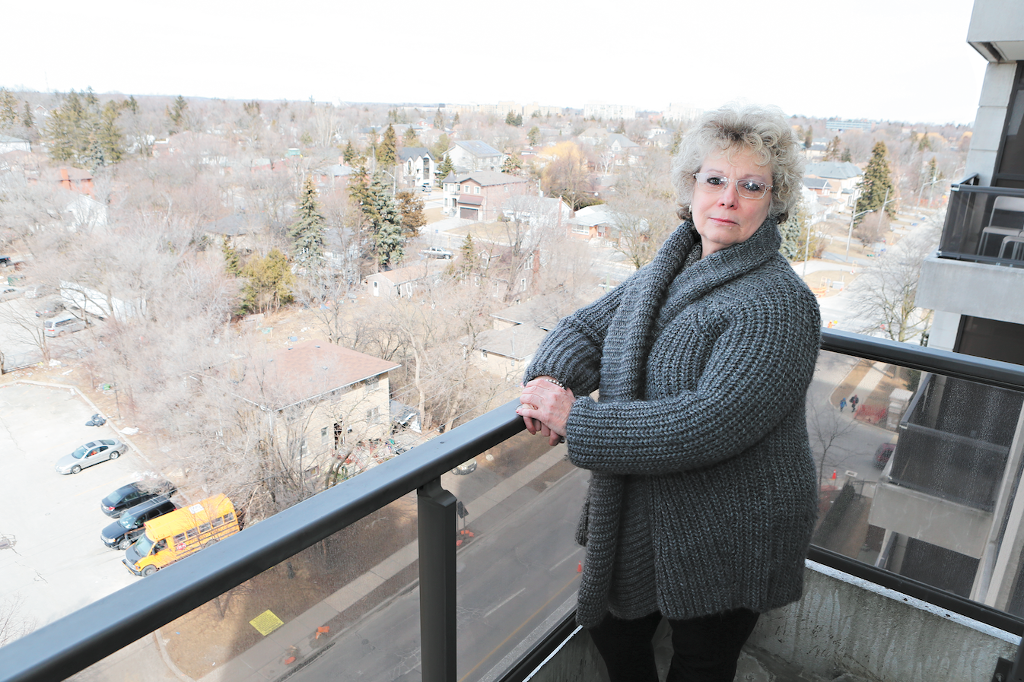 This past February, unit owners  at 18 Harding Blvd. near Yonge Street and Harding Boulevard received a letter from their local Ward 5 councillor, Karen Cilevitz, concerning their neighbouring block. It stated that developers had not only purchased the entire block, but had also taken their application directly to the OMB as opposed to bringing it before Richmond Hill Council. The subject lands are currently zoned to allow low-to-medium-density residential developments along Yonge Street.

An appeal was filed at the Ontario Municipal Board (OMB) in November 2017 for a development at 9839 Yonge St. that Cilevitz and Town of Richmond Hill staff know few details about.

“I’m largely in the dark about this,” said Cilevitz.

She acknowledged this action was within the landowners’ rights but added, “I find that to be really unconscionable because I am the elected official who’s supposed to be able to speak to my residents and give them all the information necessary.”

Typically, a development proposal will involve pre-submission discussions with the town’s planning department before it is officially filed. Following a thorough assessment, a staff report is issued to town council, and  community consultations would be held to inform local residents.

However, in this case, according to Kelvin Kwan, commissioner of Planning & Regulatory Services, Town of Richmond Hill, the owners first submitted their application in November 2016 for a 15-storey mixed-use building, an eight-storey residential building and townhouses for several municipal addresses at Yonge, Harding and Church Street South. Several months later, the owners asked the town to put the applications on hold pending another OMB decision at the neighbouring 9825 Yonge St. After the OMB rejected the application at 9825 Yonge St., the owners at 9839 Yonge St. appealed their own application to the OMB on the basis that no decision had been made by council.

"I have no idea what they’re asking for and whether or not that would be acceptable to the municipality.”

“It was unexpected from the perspective that there had been a lot of inactivity at their request,” said Kwan, “so we didn’t put it through the full public process that we would have normally done for an application had it proceeded along the normal timelines.”

At a March 2 prehearing for this OMB application, town staff was advised that the applicant had acquired the additional lands at 9825 Yonge St. and 11 Harding Blvd., which comprise the entire residential block.

“I can speculate that it’s going to be highrise residential, but beyond that I have no idea.… I have no idea what they’re asking for and whether or not that would be acceptable to the municipality,” said Kwan.

Since the Province of Ontario announced plans to overhaul the OMB last year in favour of a system that would give local municipalities more control, developers had the deadline of December 2017 to submit their applications in an attempt to file under the old rules.

Now that the applicant has purchased additional land, the town is awaiting a new proposal.

“This is upsetting a lot of people, especially those of us that have to face [the development],” said Sharen Bruck, who has lived in the building opposite the proposed block since 2009.  “It’s all sort of cloaked in secrecy.”

Despite the prospect of an entire block in the hands of the OMB, Kwan believes that once proposals have been publicly disclosed there will be sufficient opportunities for public consultation. Cilevitz also remains hopeful about the outcome of this hearing.