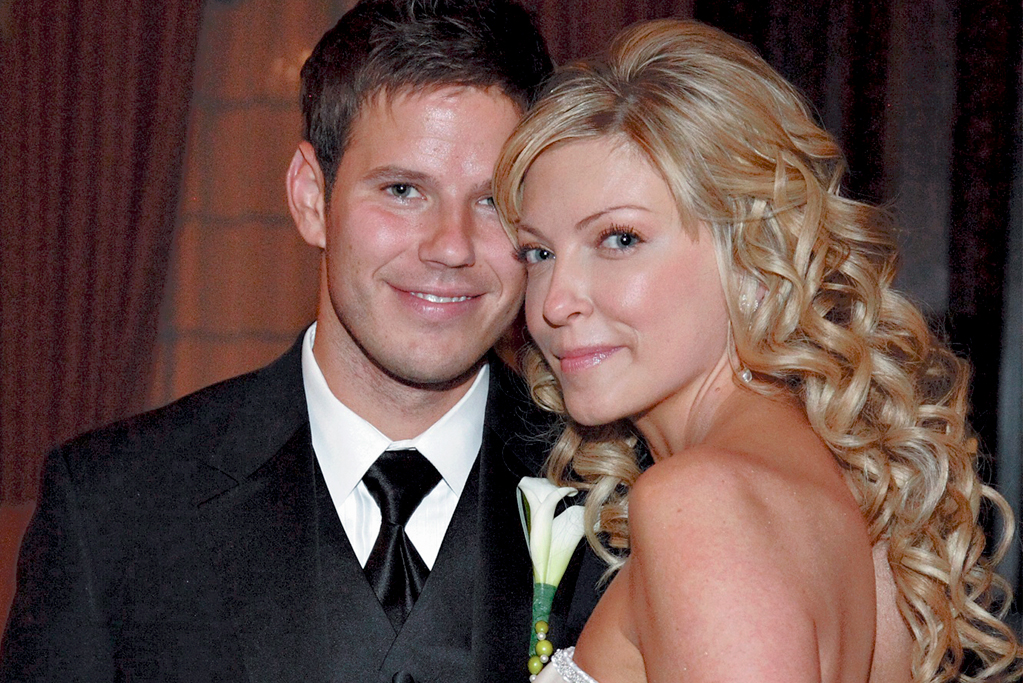 ET Canada’s Cheryl Hickey spends a lot of on-air time talking about other people’s love lives. But her own romance is a story worthy of a Hollywood movie. She and husband Kevin Foley began a love affair that rivals that of many rom-coms. Nowadays, Cheryl and Kevin balance their hectic work schedules with raising their children. Here, Cheryl shares the story of how it all began.

We met through a mutual friend. She was an assistant director at ET Canada and was also freelancing at Sportsnet, where Kevin was working. She just said to me, “I think there is someone you should meet,” and she sent us both an e-mail about it. I responded. He accidentally deleted it and then went on vacation. So my friend asked me about it a few weeks later, and I told her I had never heard back. So then she talked to him, went through his inbox and found my e-mail in the trash bin and retrieved it. She went to great lengths! He wrote me back, and then after three weeks of e-mailing and two phone calls, we went on a date.

We went to 7 West café for our first date. I was supposed to get off work and call him, but then I got this frantic phone call from my mother about a crisis. I tried to calm her down for an hour, and I realized I hadn’t called Kevin. In the meantime, he was thinking, “This chick is blowing me off!” He was just about to leave when I called him and explained why I was late. When we met, he was wearing a name tag that said: “Hello, my name is Kevin” because I didn’t know what he looked like. Then he gave me a name tag, and we wore them all night long. Someone said, “Excuse me, but you both have name tags on,” and we were, like, “Yeah, we know!”

After that date, we talked every day. We were pretty much inseparable. I was always drawn to his drive, his passion for what he does and for always moving forward in life. We were spending so much time together that it seemed ridiculous to have two places, so we moved in together relatively quickly.

He wanted to take me out for dinner and then we were supposed to meet up with some friends after at 7 West. We made our way over, and when we got out of the car, he just started saying all these really nice things. I remember thinking, “Wow, that’s so sweet.” The next thing I knew, he was on one knee. He proposed in front of 7 West on the steps where we first met.

I think you should always keep in mind that your partner is your best friend — you have to cherish that.