Evan Solomon gives us the five books that have influenced him as a journalist | TRNTO.com
Skip to content 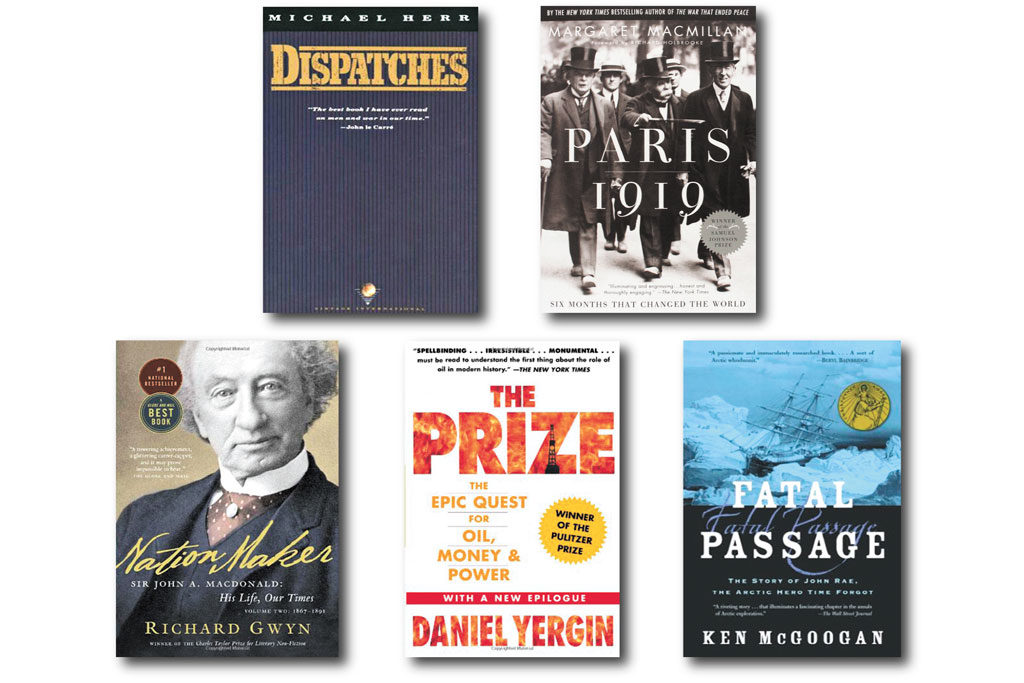 Question Period, a flagship political program, is one of the oldest series on television, having first been broadcast in 1967. Now in its 49th season, the Sunday morning news program has a new host: Toronto native Evan Solomon takes over for Robert Fife. The Toronto native was most recently the host of CBC’s Power and Politics. We asked Solomon to offer up his five most influential books, and it wasn’t an easy task.

“Picking five favourite books is as difficult as a government getting provinces to agree on constitutional change,” he says. “So I will go with five books that have deeply influenced me as a journalist.”

Herr not only broke ground as one of the so called “new journalists,” writing in a narrative, personal style, he also caught the true tragic nature of the war and the cost to the individual soldier. Herr’s book is the prime example of the importance of first-hand accounts, of close observation, of the true power of talking to one person in order to see the heart of history beat. To this day it remains the very best of what any journalist and any writer can do.

Until I read this book, until I fully appreciated the people and the political decisions that shaped the world at the Paris Peace Conference after the First World War, I never understood the roots of so many of today's conflicts and dynamics. MacMillan is not only an incredibly engaging writer, but she highlights how decisions, warped by politics and personalities, shaped the lives of millions.

It is almost impossible to love politics in Canada and not love and admire this monumental biography of our first prime minister. Gwyn follows up his first magisterial volume on Macdonald with an equally fascinating account of the great but flawed man who shaped our country.

The cliché in journalism is to “follow the money,” but Yergin’s Pulitzer Prize–winning book goes even deeper, revealing that the quest for energy is where so much of the money and power actually goes. Yergin’s book is a revelatory glimpse into the key driver of so many political events, including why the Japanese struck at Pearl Harbor.

McGoogan’s account of how the north was essentially mapped by people looking for Franklin is matched only by the revelation about the legendary Hudson Bay trader John Rae. This is the kind of book that made me realize that our history is as exciting, daring and as fascinating as any in the world. More so!