Thousands took part in the Every Child Matters march in Toronto on Canada Day | TRNTO.com
Skip to content 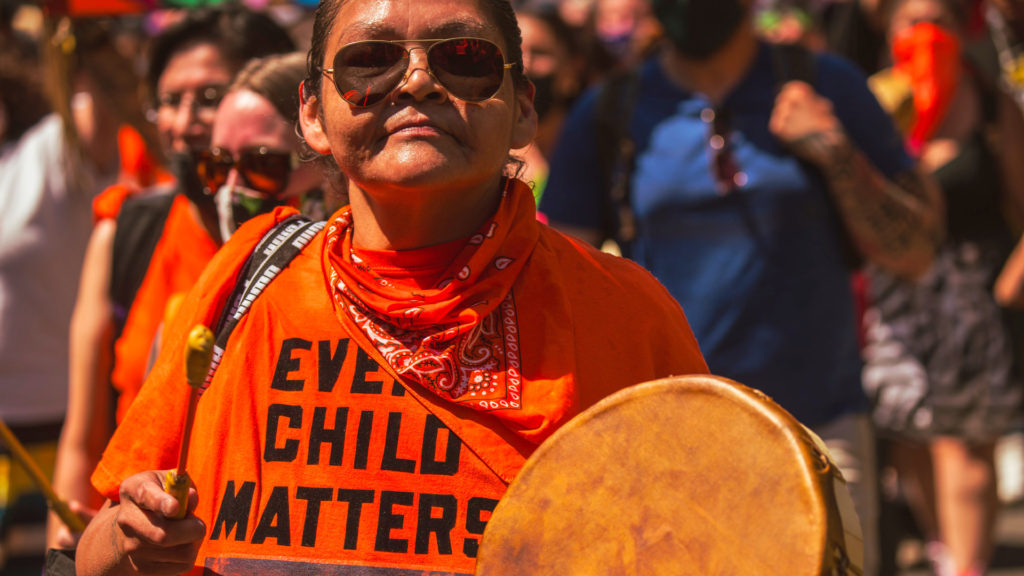 Instead of Canada Day festivities, thousands of people gathered in downtown Toronto to join the Every Child Matters walk on Thursday, a march to honour the over 1,000 Indigenous children who died in the residential school system across Canada and show support for residential school survivors.

Organized by the Toronto Council Fire, participants dressed in orange and black and took to the streets with signs and banners.

The march was one of a few events happening on July 1 in lieu of Canada Day after mass burial sites and unmarked graves were discovered near former residential school locations across the country. Various cities decided to cancel Canada Day celebrations, urging citizens to reflect on the horrifying discoveries and look for ways to support Indigenous communities instead.

The Every Child Matters walks were held in other cities across the country as well, including London and Fort Frances in Ontario.

Things are changing. Proud of the incredible turnout and show of support in @fort_frances yesterday. #everychildmatters

Towns in Nova Scotia and P.E.I. also joined in support and honour of the victims and survivors of the residential schools.

A Healing Ceremony was held in the town of Cornwell in P.E.I.

Thank you to all who came out to be part of the Healing Ceremony at the Circle of Peace. Special thanks to Julie Pellisier-Lush and her boys for the moving ceremony #everychildmatters pic.twitter.com/MB89rXNlM9

The Every Child Matters march in Toronto ended at the site of the new Indigenous spirit garden at city hall, where drumming, smudging ceremonies and a round dance were hosted.