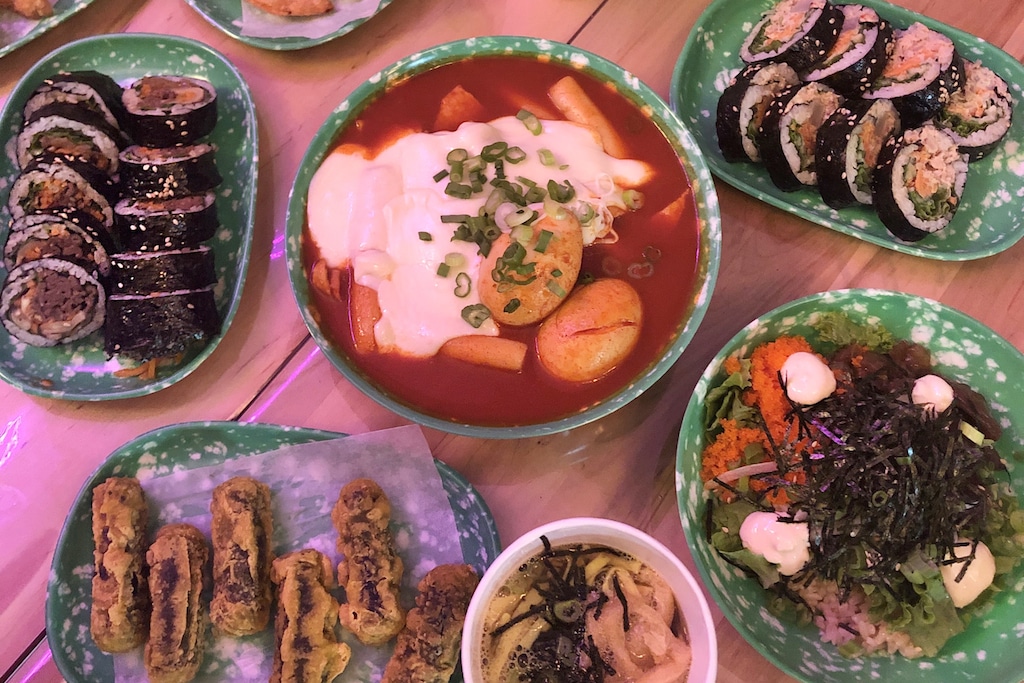 It’s been nearly two years since chef Paul Kim exploded onto the Toronto dining scene. After staging (interning) in the kitchens of Buca and Nota Bene, the young chef decided to take the risk of opening his first solo venture: DOMA. Now Kim is doing a full one-eighty and has reimagined the DOMA space into a new concept, Boonsik.

Boonsik is a Korean term that literally translates into “food made with flour,” but it has become equally synonymous with Korean street food. Kim describes the new concept as “contemporary retro,” saying that the decision to change direction stems from his desire to allow a broader audience to experience his food. “DOMA was a special occasion restaurant,” he says of the tasting menu concept. Now, Kim is ready to feed the masses.

Popular Korean street food fare ranges from gimbap (sushi) and tteokboki (rice cakes) to fried chicken and snacks on sticks — most of which make appearances on the menu at Boonsik. Kim is also serving his take on fried mandoo (dumplings) made with a pork filling, which you can order either spicy or regular.

The Korean k-orndog with mozzarella and beef sausage is sure to be a favourite. The beef sausage is battered in rice flour for a more “chewy and crispy texture,” according to Kim.  Another menu highlight is the gimmari, a fried seaweed roll stuffed with seasoned glass noodles and deep fried to a golden crisp.

Soju and beer (the preferred way to wash down everyday street food) have replaced DOMA’s elaborate cocktails. There is also a selection of non-alcoholic beverages such as misugaru (a multigrain beverage), yuzu tea and “old fashioned iced Korean coffee,” as described by Kim.

The restaurant features a small pantry counter stocked with what Kim dubs as “old school junk snacks” — the kind that primary school kids would tear into. Boonsik has all the nostalgic favourites like sweet and salty corn kernels, Apollo candy and Chondeugi (a sort of chewy potato strip).

The new concept debuted in the DOMA space at Clinton and College on Dec. 10.  The restaurant is walk-in only and open from 5 p.m. to 10 p.m. but Kim expects to open for lunch as well in the new year.