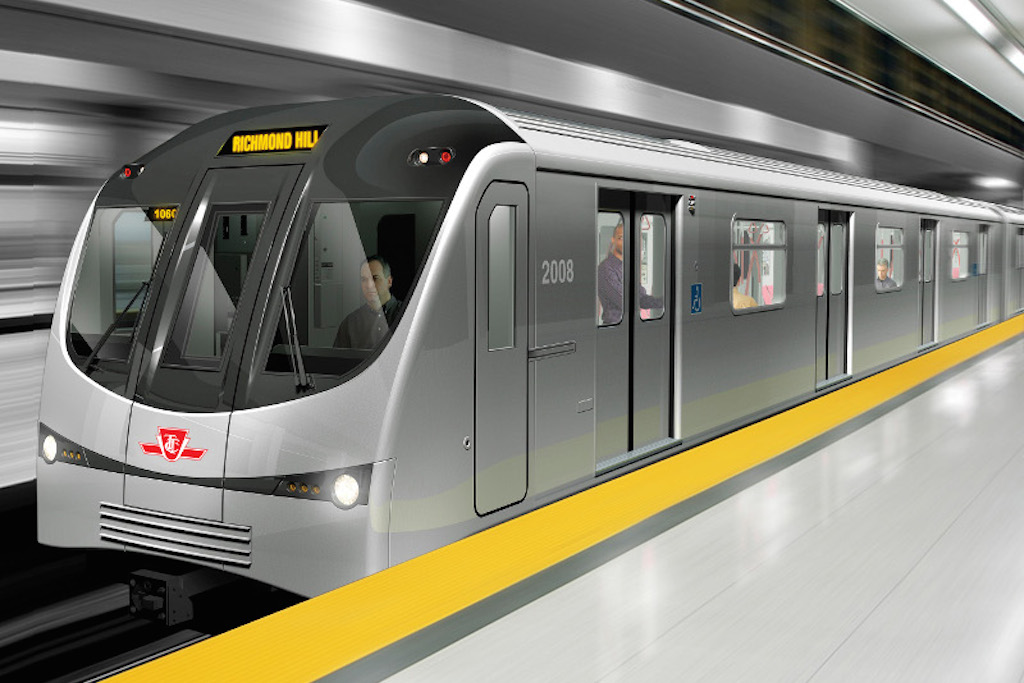 A Toronto engineer is pushing a subway plan that he said could drastically cut commuting times from Richmond Hill to downtown Toronto. The vision is to add a second, separate subway to be used as an express option, running parallel to the Yonge Line and up to Richmond Hill.

Gary Benner, of Underground Consulting Incorporated, is a tunnel engineer who has worked on projects such as the pedestrian tunnel to Billy Bishop Toronto City Airport and the Eglinton Crosstown LRT. He has registered as a lobbyist with the City of Toronto and has launched a campaign attempting to convince the city and the province of the merits of a Yonge Street express subway plan.

The line would mirror the routing of the existing Yonge subway from downtown to Steeles Avenue but exist in a separate tunnel, and include stops at Steeles, Hogg’s Hollow near York Mills Road, a midtown station near Mount Pleasant Cemetery and a downtown station at Yonge and Lake Shore Boulevard.

North of Steeles, the line would include stops at John Street and Highway 7 in Thornhill and 16th Avenue before terminating at Major Mackenzie in Richmond Hill. Benner estimates this would result in a 35-minute commute from Richmond Hill to downtown Toronto, rather than 65 minutes on the existing Yonge line extended to Richmond Hill.

In addition to a quicker commute thanks to fewer stations, the project would also relieve overcrowding on the existing Yonge subway, with its northern terminus at Finch Avenue.

“The problem is we really need a 100 per cent increase in capacity along the Yonge corridor in the next 30 years, and [the city] does not have a plan for this,” said Benner.

He added that a Yonge express line will do more to relieve congestion on the Yonge subway than the proposed Ontario line, and would cost $8.5 billion.

The Ontario government has proposed extending the current Yonge Line to Richmond Hill, but this does not include measures to increase congestion. During rush hour, a transit rider at Eglinton station typically waits for up to five subway trains to pass before being able to board the train.

Benner said that by using long, deep tunnels and only having a few stations to build, construction- related impacts could be minimized.

“The interesting aspect is that between Davisville and downtown, no one on Yonge Street would ever see the construction of these tunnels, and the same from Davisville/Mount Pleasant Cemetery to Hogg’s Hollow,” said Benner.

“So the impact on businesses in the neighbourhood is almost zero.” Benner did add that Yonge Street would have to be closed at Mount Pleasant Cemetery for two or three years.

Benner is currently trying to convince government officials of the plan and ultimately would like to work on the project.

“I’ve sent the proposal to the city, TTC chairman, the province, the minister, the premier, and the responses have been just acknowledgments, and pointing to what their plan is,” said Benner, who added he is not surprised by the lukewarm reception.

“If somebody is proposing something that your staff and your consultants haven’t come up with, the last thing you’re going to do is say, ‘Great idea, sorry we didn’t think of it and get on with it.’’’

Benner said he is currently trying to raise public awareness of his plan in hopes that public pressure will force politicians to look at the plan more seriously, before the Ontario line and the extension are finalized.

“I told them I wanted to do it through proper engineering and the planning process, but I said, if you’re going to shut me out, I’m going to have to go through public awareness and grassroots, which is where I’m at right now,” he said.