Faceoff: Frank Clayton and Brad Lamb debate whether Toronto should impose a tax on foreign buyers of real estate | TRNTO.com
Skip to content 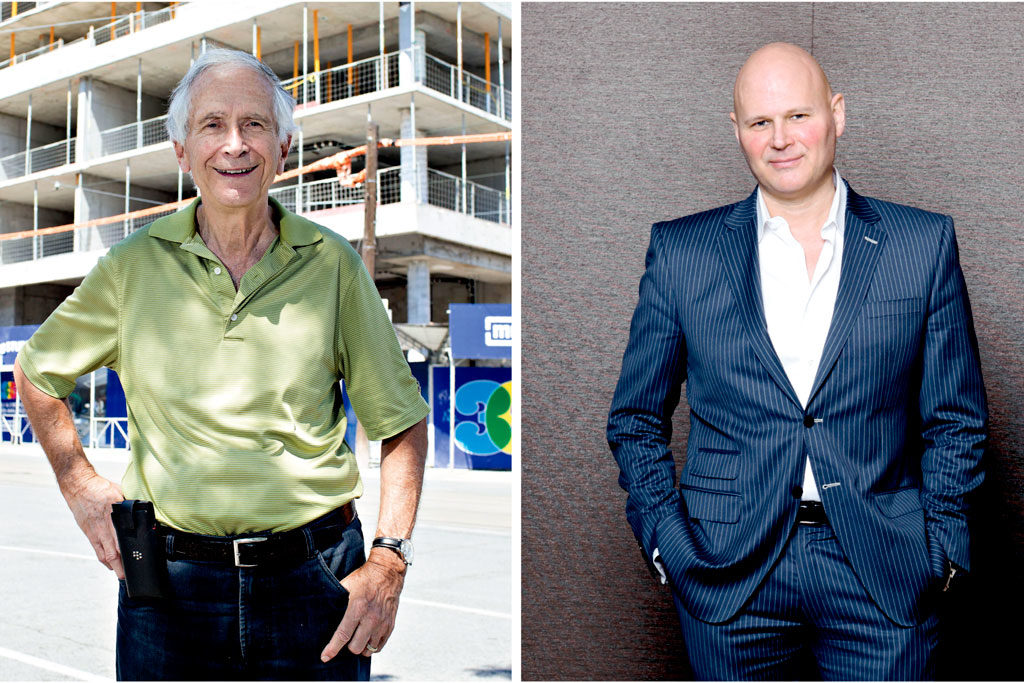 For: Frank Clayton is a senior research fellow at the Centre of Urban Research and Land Development at Ryerson University.

The market for ground-related houses (singles, semis and townhouses) in the GTA has become dicey as more residents jump on the bandwagon to grab onto a house before prices jump higher, causing prices to increase even more. The demand/supply imbalance is aggravated by the failure of the 905 municipalities to provide the serviced sites needed for an expanded supply of new houses, in contrast with the condo highrise sector where there is a large supply of sites both in the city of Toronto and in the 905 regions. A growing foreign demand simply bolsters already rising house prices.

Action is needed to curb the demand for ground-related houses from both local and foreign buyers. Introduction of a tax on foreign buyers in the current high-flying market could be expected not only to reduce the offshore demand for ground-related houses but demand from local buyers as well. With increased uncertainty about the course of house price increases, in the near-term at least, some GTA residents will defer the idea of buying a house.

The introduction of a tax on the foreign purchases of GTA residential properties should be restricted to purchases of ground-related housing only and should be temporary (three or four years).

A tax on foreign purchases of GTA residential properties should apply to ground-related houses only because this is where the supply shortages are most severe and price pressures are the highest.

Applying the tax on the purchases of condos would have negative effects on the rental market as foreigners have been buying rental condominiums as longer-term investments.The imposition of a tax on foreign purchases of ground-related houses should be combined with the province launching a crash program to quickly increase the supply of serviced sites in 905 municipalities. Once a more balanced market is returned in three or four years, the tax could then be removed.

Against: Brad Lamb is the president and CEO of Brad J. Lamb Realty Inc. and Lamb Development Corp.

There is an enormous misconception amongst the public, the government and the banking system that hordes of foreigners, namely Chinese citizens, are buying up the existing stock of housing in Vancouver and Toronto. As a result of this fallacy, British Columbia created multiple measures to penalize foreign buyers to help locals experience more reasonable home prices. Levelling a 15 per cent land transfer tax on foreign buyers is misguided. What are we saying to the world when we penalize them for investing in our economy? Rising prices are more about interest rates than foreign buyer influence. Foreign buyers of resale homes in Vancouver and Toronto are a small part of the real estate economy, less than 10 per cent. Many cities around the world are experiencing surging housing prices.

The bulk of foreign money is flowing into preconstruction condos in both Vancouver and Toronto, not the resale market. This is a good thing. Large price increases are only occurring in the freehold market of Toronto and Vancouver. Here, large price movement is based in the $750,000 to $2,500,000 freehold category. In this category, foreign buyers are not very active unless you consider 905 areas such as Markham, Richmond Hill and Brampton.

The residential real estate economy represents more than 20 per cent of B.C.’s GDP. In Toronto, 25,000 new condos are sold every year. A reasonably large number are sold to Chinese and foreign investors. The eight four- and five-star hotels recently built here would have never happened without foreign investor support. These hotels alone represent $2 to $3 billion of construction jobs and $25 million of new annual property taxes for the city, in addition to $35 to $50 million of permit fees for the city. The Toronto land transfer tax on new condos annually produces approximately $150 million a year in revenue for the city.

A 15 per cent foreign investor tax will kill development, which will cripple the Ontario economy. This is not the way to go.