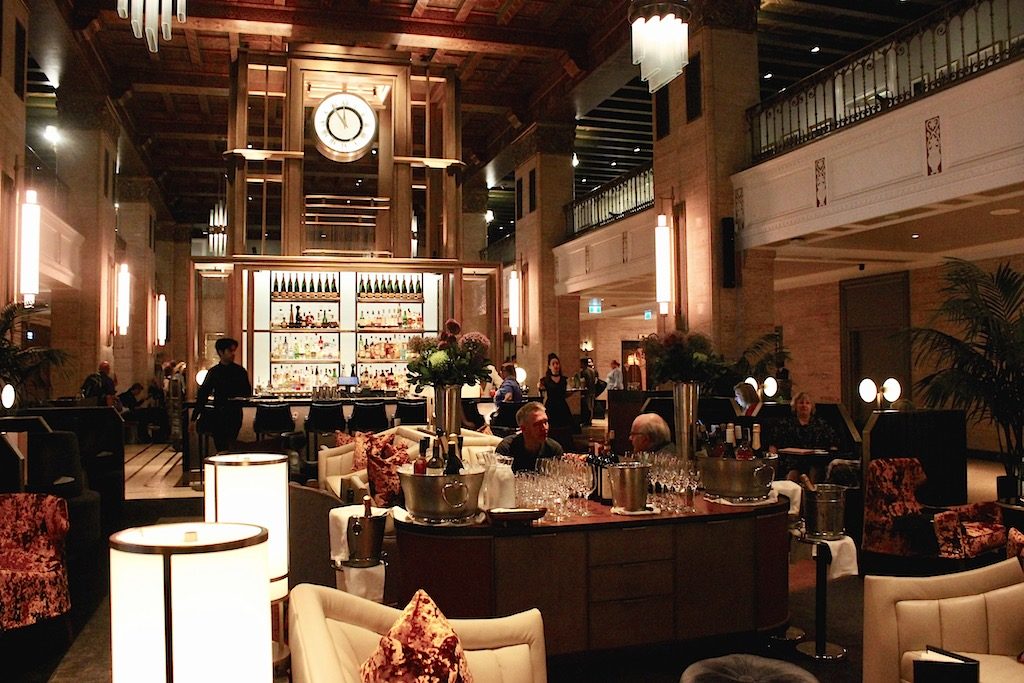 Stepping off the plane on New Year’s Day 1987, Joy Dandal looked out at a snow-dusted Toronto. This was her new home: cold, grey and flurrying. “It was the complete opposite of where I came from,” she says.

Growing up in sunny Iloilo, a Philippine province dotted with Spanish Colonial Era churches, Dandal dreamed of one day visiting not just Spain, but all of Europe and the Americas. (And more of Asia, too.)

“I wanted to be a flight attendant because I love people and I wanted to travel,” she says. “But, at five-foot-two they wouldn’t have me because I’m two inches too short,” she says.

Dandal’s parents couldn’t have given their daughter Joy a more apt name if they tried — she’s one of those perennially positive types that bubbles with joie de vivre. She’s the embodiment of a people person, which is what a Canadian career counsellor saw in Dandal when they met 33 years ago.

“She directed me towards hotel and restaurant management — it was totally out of the blue for me — I’d never considered that as a path before,” says Dandal, who’s now spent three decades welcoming guests at the Royal York Hotel.

Dandal has greeted European royals, sports legends, world leaders and A-listers aplenty, but when I beg her to namedrop a few she politely declines.

“We have to make sure their privacy is respected,” she says with an empathetic lilt to her voice. I can tell she’d relish sating my curiosity, but the hotel comes first.

She speaks about the 1,300-room heritage property with reverence.

“The Royal York is part of the history of the city,” she says. It’s not just the prestige of the hotel that has romanced Dandal, but the hotel’s management has earned her unfettered loyalty.

“I’m finally travelling the world. It took a while, but slowly I’m getting there and staying in nice hotels along the way,” she says before adding that Spain’s her next destination once travel recommences.

As one of the Royal York Hotel’s most senior front desk agents, Dandal has been around for a third of the hotel’s 91-year existence. During her tenure, she’s changed jobs three times (she was the executive chef’s executive assistant and then a lobby ambassador prior to her current role). Since her first day on July 3, 1990, she’s seen the ownership change twice, and she’s seen the hotel weather SARS and host the G20, as well as countless galas, conventions, weddings and epic fêtes.

Her to-do-day is non-stop. Most mornings Dandal’s checked out 200 guests before lunch, which is when the deluge of new arrivals begins their descent upon the hotel. The week before the city went into lockdown,  the hotel was even more chaotic than usual: PDAC—the country’s biggest mining convention (known for its raucous parties) — was swarming the hotel’s conference rooms, bars and restaurants.

“It was mayhem, people were waiting an hour just to order a drink at the bar,” she says. “When we came back on Monday I was shocked — it was surreal.”

By late March, the hotel dropped down to five per cent occupancy. “Everything was just so quiet,” says Dandal. It was the first time she had ever seen the hotel this still: The restaurants, bars and even most of the entrances were closed.

“In a way, that time during the pandemic was beautiful,” says Dandal. Before the pandemic, she had never had a chance to soak in the Royal York’s architecture. “When I looked at the murals, ceilings and chandeliers: It brought me to a different place,” she says. “When the hotel is busy, you don’t have time to appreciate things like wood panelled ceilings and murals from 1929.”

After a few weeks, the novelty of a peaceful Royal York waned — Dandal missed the energy guest-filled hotel. Then, the Royal York began its frontline worker’s initiative, gifting 100,000 room nights to the healthcare professionals.

“They would come in early in the morning, after they finished their shift. You can see how tired they are and the marks on their faces from the masks,” she says. “You just want to be quick and give them their keys because you can tell they’re exhausted.”

With the pandemic in check right now, everyone’s spirits have lifted. “Even though we’re sanitizing everything, things feel normal again: The restaurants are open and there’s a lot of positive energy — people are cheerful again,” says Dandal, who has spent the last few weeks inside one of Toronto’s two NHL bubbles. Although 600 hockey players, coaches and staff occupying one hotel sounds like fodder for a zany Netflix special, Dandal says the Royal York still only feels “half full,” but she’ll happily take a cheerful half full during these grim times.