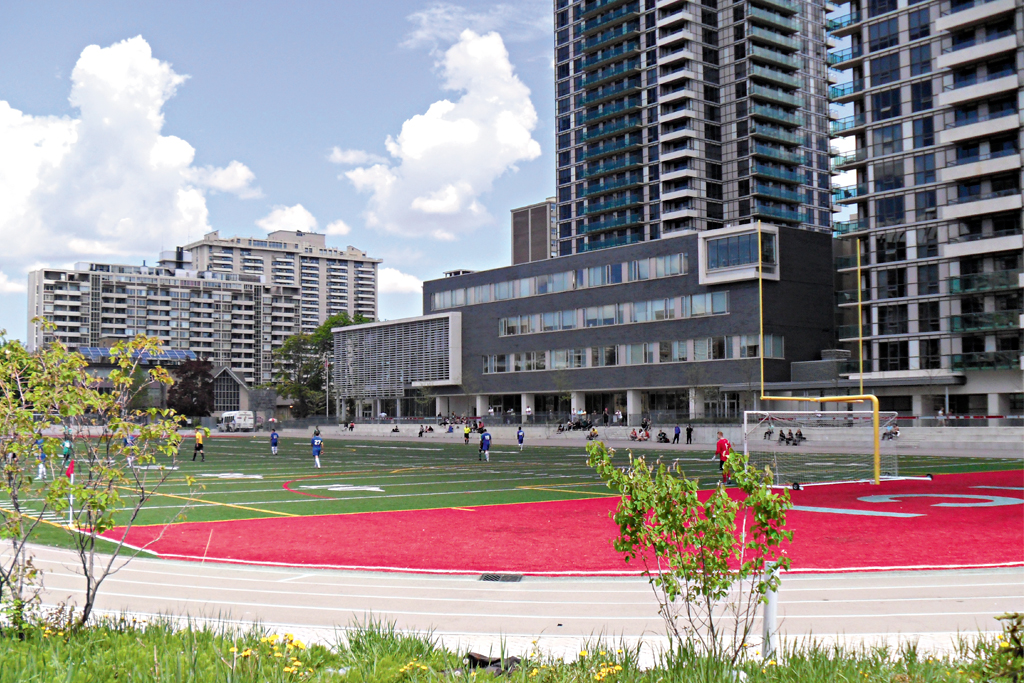 There is no question that Yonge and Eglinton needs a new elementary school. Already the schools in the area rely on portables to meet neighbourhood needs, and with thousands of more families on the way with ongoing condo development in midtown, it begs the logical question of where are these kids going to school.

Although the city controls the planning process, it does not control the school board. It didn’t used to be this way. There was a time when local school board trustees raised money for the Toronto District School Board to meet the operational and capital needs of the school system.  Local trustees would work together with the municipality.

Local trustees no longer had taxation powers, and all education funding was centralized to Queen’s Park. The unintended consequence is that the TDSB does not have the ability to meet local needs nor the resources to build new schools in fast-growing communities.

An example of this is North Toronto Collegiate Institute. The secondary school was desperately in need of capital renewal, but the TDSB didn’t have the resources, so it sold the land to a developer. The developer was able to build a condo tower, and the school board got a new school.

An ideal location for a new school is at Yonge and Eglinton’s Canada Square, which is set for massive redevelopment.

Unfortunately, the TDSB doesn’t own the land. The project could include 2,700 residential units, but the approval process can’t mandate a new school.

There are solutions. The province could allow the TDSB flexibility in accessing education development charges, which would mean developers would help fund new schools as units get built. At present, the regulation requires the TDSB to demonstrate new capacity is required on a districtwide basis, which doesn’t account for neighbourhood variations.

According to the TDSB’s own website, if the provincial regulation were amended, the TDSB would qualify for an additional $500 million over the next 15 years. This would solve the overcrowding problems.

The province could also provide more flexibility in its funding formula to allow the TDSB to lease space for schools. Typically leasing space is considered an operational cost and is not included in the funding formula.

The city could also transfer the land to the TDSB or consider a land swap so the project could be developed in conjunction with the school board.

One of the lessons learned is that governments can be nimble and creative. Let’s hope that lesson is applied to the creation of badly needed new schools.