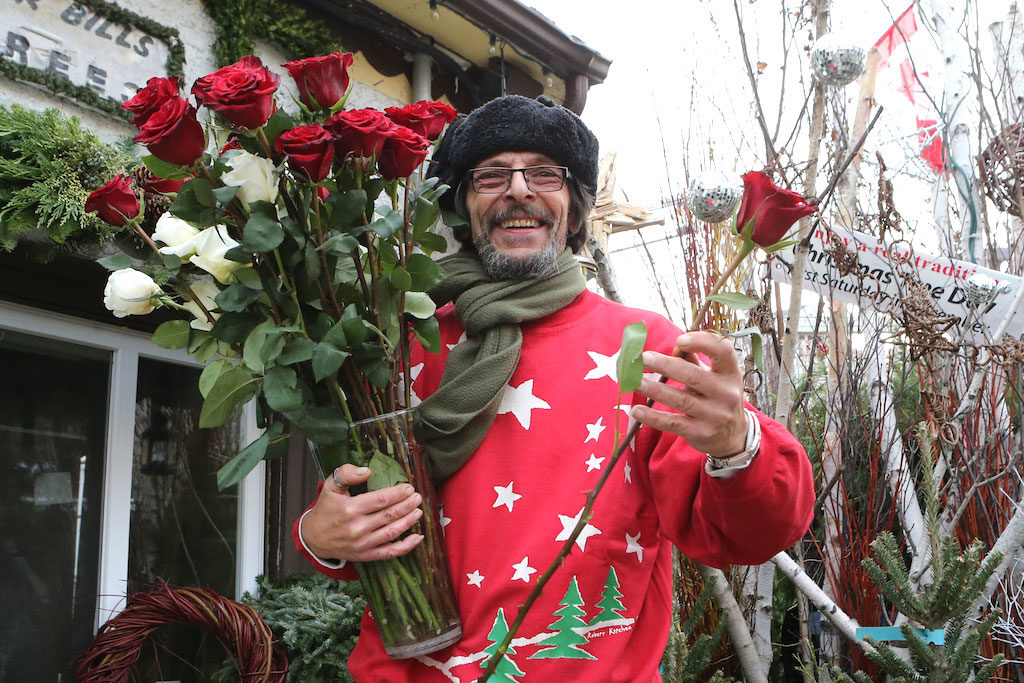 Tucked away off Yonge Street just north of Lawrence Avenue is a little shop teeming with trees of all shapes and sizes. Inside, with his trademark Christmas sweaters and a grin from ear to ear, the man known only as Mr. Bill has sold these festive finds, including boxwood and magnolia wreaths and planters, since 1979. This year will be no different, and Mr. Bills will remain open for the holiday season until he closes Jan. 6. (He’ll open again for Valentine’s Day.)

What’s the big deal about your trees?
The first thing is ensuring the freshness. We make sure that each tree is cut at a specific time — prior to the second major frost. At that point, there is no sap within the tree to basically keep it alive while indoors. I go to my fields out in Alliston, Ont., and out in Quebec. I peruse the field and pick and choose each one of my trees.

What do you do to celebrate Christmas at your lot?
Everybody who comes in gets a candy cane. I go through thousands of candy canes. And every year I have a lucky draw. First prize is a big turkey supplied by the Friendly Butcher, and the second and third prizes are $100 gift certificates to various restaurants around Yonge and Lawrence.

Where do the best trees come from?
We carry Fraser fir, Scotch pine, white pine, Douglas fir, Noble fir, and a new product called Cook fir. There’s a little more fragrance to the Cook fir because of the Fraser fir–balsam fir split.… Some of our trees go upwards of 16 feet. But many people are downsizing, so instead of a 10- to 12-foot tree to accommodate some of the larger Lawrence Park homes, they’re downsizing to a nine-foot treen