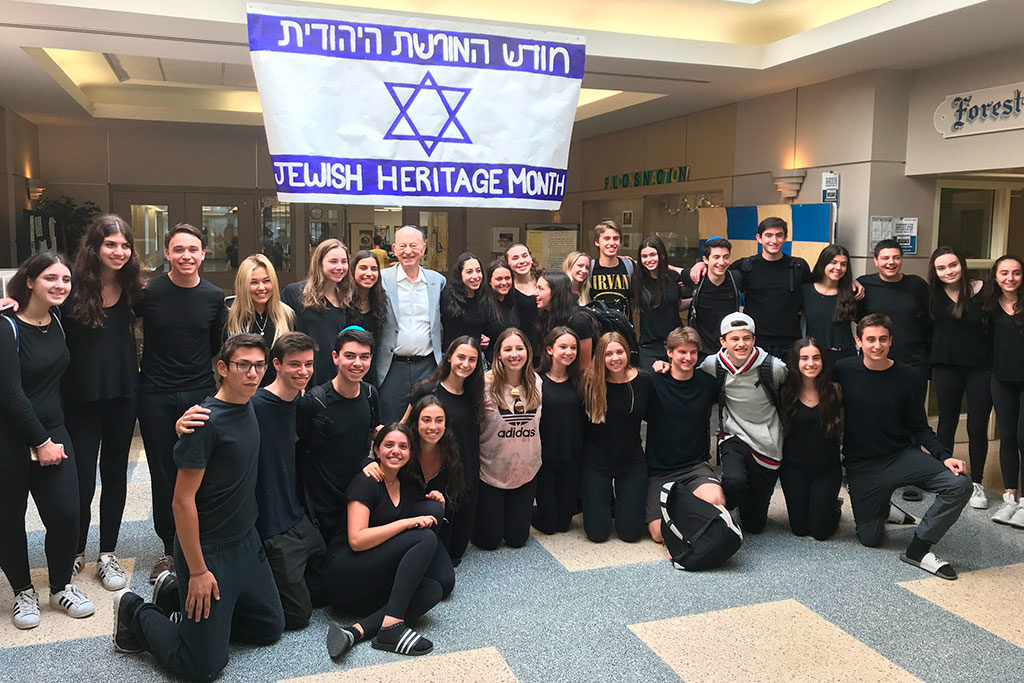 Controversy has hit Forest Hill Collegiate Institute (FHCI) after a banner made to recognize Jewish History Month was removed from the school’s foyer and relocated to the library.

The banner resembled the Israeli flag and had “Jewish History Month” written on it in English and Hebrew. It hung for a week in the main foyer, before the school had it moved due to a student complaint.

“Some members of the community expressed concerns about the banner and the use of the Israeli flag,” reads a statement from Ryan Bird, spokesperson for the Toronto District School Board (TDSB).

According to a Facebook post by Hannah Herman — one of the students behind the banner — representatives from FHCI had explained that the Israeli flag was a political statement and did not represent the school’s impartial stance.

The banner was initially made by a group of students who participated in the March of the Living in April, a yearly pilgrimage to Poland and Israel for Jewish youth to learn about the Holocaust.

“They were all devastated and felt it wasn’t the right thing to do.”

While the group was on the trip, a yearly Holocaust assembly was cancelled by the school and replaced with a 15-minute announcement. So upon their return, the group of students rallied together to create a banner to mark Jewish Heritage Month in May.

After the banner was relocated, several students opposed the move on social media and organized a day to wear blue and white in protest.

“They were all devastated and felt [removing the banner] wasn’t the right thing to do. [As if] their flag was not okay,” said Yael Elfassy, the mother of another student who helped create the banner. “As long as there is no hate in the talk, everybody should be able to promote their own heritage, however they see fit.”

Following the protest, the flag was returned to the foyer, and an assembly was held to address the issue and educate students about the Holocaust.

“We apologize for any misunderstanding or hurt that may have been caused by the initial decision. Going forward, staff will be having conversations with students to ensure all of them feel safe and welcome at their school,” said Bird.