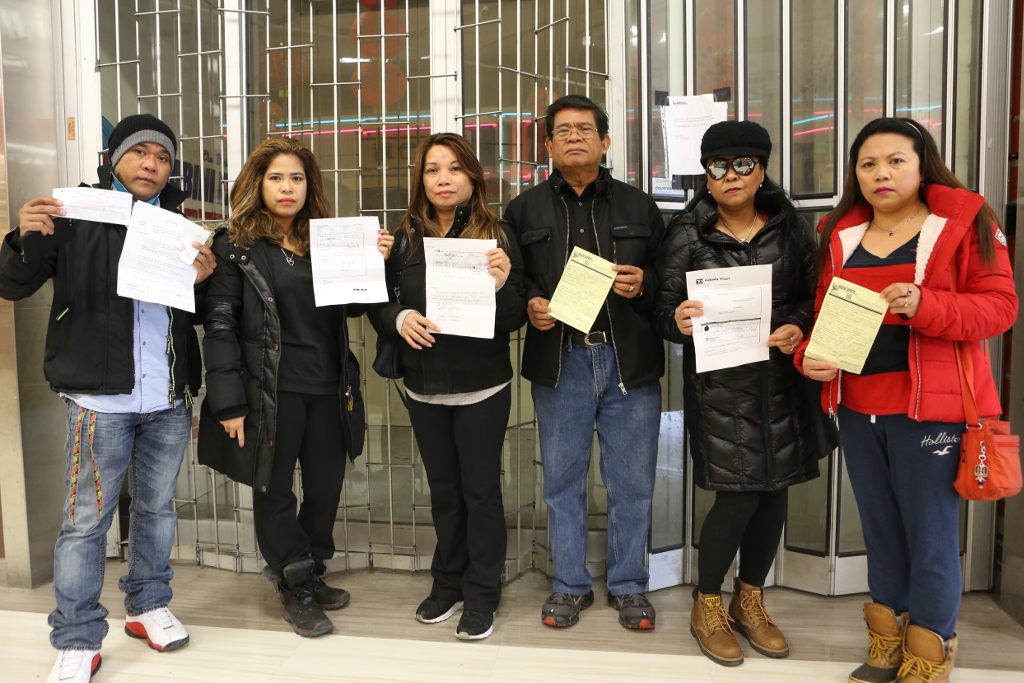 Members of the Filipino community have been sharing their stories and calling for justice after Mabini Express, a remittance company that was located in Promenade mall, closed up shop suddenly, resulting in the loss of hundreds of thousands of dollars.

The business catered to the Filipino expat community, with customers who would send over large sums of money to their family and friends in the Philippines. The company had been in operation for 25 years.

Elise Peralta, a former Thornhill resident who now lives in Whitby, has been using Mabini Express since 2006. On January 12, she sent home around $490 to contribute to her sister’s stage IV breast cancer medication. After the processing period, her family back home had still not received the money. When she called the business, no one picked up.

“No answer, the whole day,” Peralta said. “I’m at work, and every time I have my break, I’m trying to call.” When she tried again the next day, she discovered that the phone was disconnected.

By most accounts, Jesus and Teresita Mallari, the owners of Mabini Express, were active community members. They went to the same church and were on a friendly first-name basis with many of their clients.

“My parents never thought it would be a problem because they’ve been using their services for so many years,” said Michelle Lucas, whose parents lost $10,000 to Mabini Express. “They worried more about the owners. They would never think what they were capable of.”

Rennel and Josie Mina live in North York and have been filing remittances through Mabini Express for 10 years. After the Minas sold their home, the Mallaris asked them for a $100,000 loan, with the condition that the Mallaris would pay interest of $833.34 on a month-to-month basis. They signed the contract in December 2016, and the Mallaris faithfully kept their end of the agreement for a year. When the contract date ended, they agreed to renew the contract.

“Since they’ve been paying us every month, I didn’t even see it in their personality that they would do something like this,” said Rennel Mina. “They’re very spiritual and God-fearing.… They are really nice people. That’s what we thought.”

The last time the Minas saw the Mallaris was on January 3. Around the third week of January, they saw the sign that the business had closed and began to panic. They called every member of the Mallari family they knew, and each time, nobody answered.

Constable Laura Nicolle from York Regional Police confirmed that they had received approximately 20 victims’ reports, dating from January 22 and onward, but that no charges had been laid yet.

“We’ve had quite a high number of individuals come forward in regard to a loss of money,” she said. “Our investigators are looking into this.”

Post City was unable to reach the Mallaris for comment. A statement was issued by their lawyer, Noel D. Gerry.

It reads, “Due to unforeseen circumstances and the actions of third parties beyond its control, Mabini Express regrets that some customer remittance deposits did not make it to the intended recipients. Mabini Express has always operated with good intentions and in accordance with the law. Unfortunately, it has found itself in an untenable financial position and third party creditors were able to divert funds intended for customer remittances for their own purposes and without the consent of Mabini Express.”

Since the closure of Mabini Express, people who have lost money have found each other online and are now collectively seeking legal representation, while emotionally supporting each other.

“It’s not about money. It’s the trust. Your own people, you share the same immigration story,” said Lucas. “If you can’t trust your own people, who can you trust?”