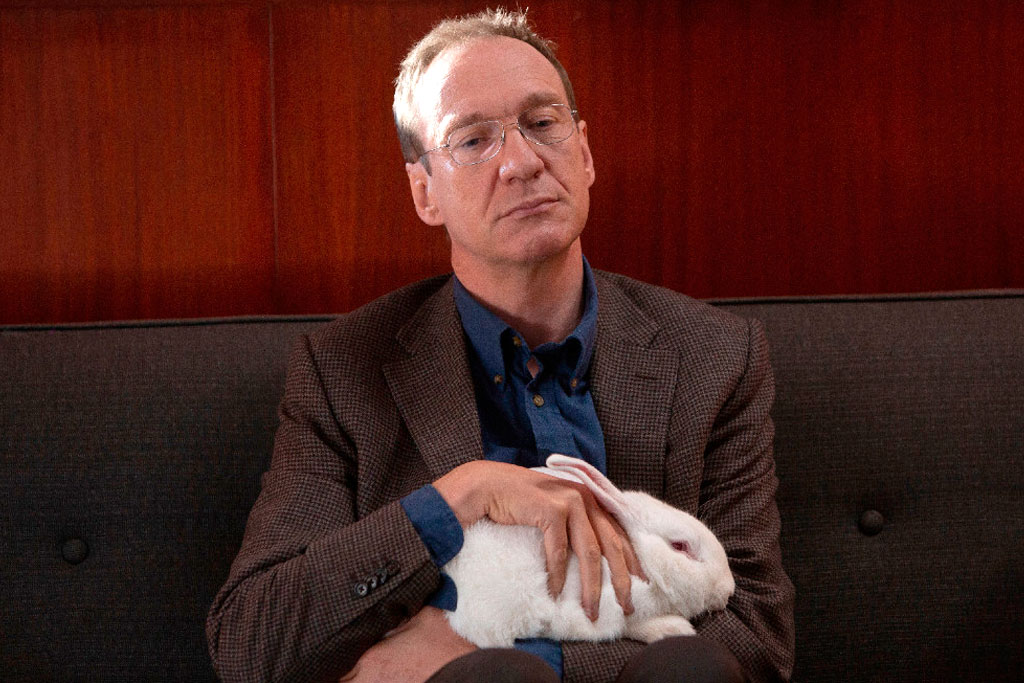 Toronto filmmaker Atom Egoyan’s latest work, Guest of Honour, which premiered at last year’s Toronto International Film Festival, will be available on streaming services starting in August. And it came to fruition after a lot of inspiration from Egoyan’s own experiences — from raising rabbits to running a Queen West bar.

The film chronicles the journey of a restaurant health inspector in Hamilton whose life unspools following the passing of his wife.

Egoyan found the idea of the food inspector to be rich with possibility.

“My son was a busboy at a very exclusive French restaurant in uptown Toronto and, you know, came back with these stories of food inspectors, one that was really tormenting the chef and owner,” says Egoyan. “I began to combine that with my own experiences running Camera Bar [on Queen West, Toronto] at the time, and it just felt like this was an interesting job, right? The person who would go from restaurant to restaurant trying to enforce a code, somebody who was a regulator but had such difficulty kind of regulating his own family and his own life.”

The inspector is played by acclaimed actor David Thewlis, who puts in a stirring performance as the food inspector who slowly becomes unhinged trying to put his life back together after his wife dies and his daughter (Toronto actor Laysla De Oliveira), a music teacher, ends up in prison after being accused of having a sexual relationship with a student.

The more David Thewlis’s character, Jim, tries to put his life back together and figure out what happened with his daughter, the worse it gets. The unspooling reaches a crescendo when Jim returns to a restaurant that he recently inspected and almost closed down after catching them attempting to butcher and prepare rabbits on site.

Upon his return, Jim is treated as the guest of honour and gives a speech reflective of his slow descent into, if not madness, certainly great despair. The performance is stunning, as Egoyan agrees.

“It’s an amazing thing, when you conceive of something and then an actor just makes it soar, just infuses it with so much detail and humanity,” he says. “I was just so thankful the whole time that he was doing that with my words — that was a spectacular, amazing moment.”

Rabbits, as Egoyan explains, were a big part of the filmmaker’s childhood, with a nod of appreciation to his past award- winning pets.

“Oh yes, I had rabbits. They went to pet shows, they won prizes. You see some of those ribbons in the movie,” he says. “Those are my rabbits who earned those prizes. And so it was a way of acknowledging their contribution to my life.”

The story is told over four different periods of time, and the only constant is De Oliveira’s character, who begins the film with a present-day discussion with a minister over her father’s funeral arrangements. The Toronto actor really broke out, when the film premiered at TIFF this past year, and has since garnered significant buzz for her subsequent work in projects such as Netflix’s Locke and Key.

“She has this aura: she’s able to shift to the different sort of characters between. I needed someone who was very expressive to play Veronica,” Egoyan says. “It’s almost like you’re watching three different versions of the same person. And I’ve been really happy to see her career take off. It’s been amazing.”