Fire erupts at Toronto heritage buildings for the second time in a week | TRNTO.com
Skip to content 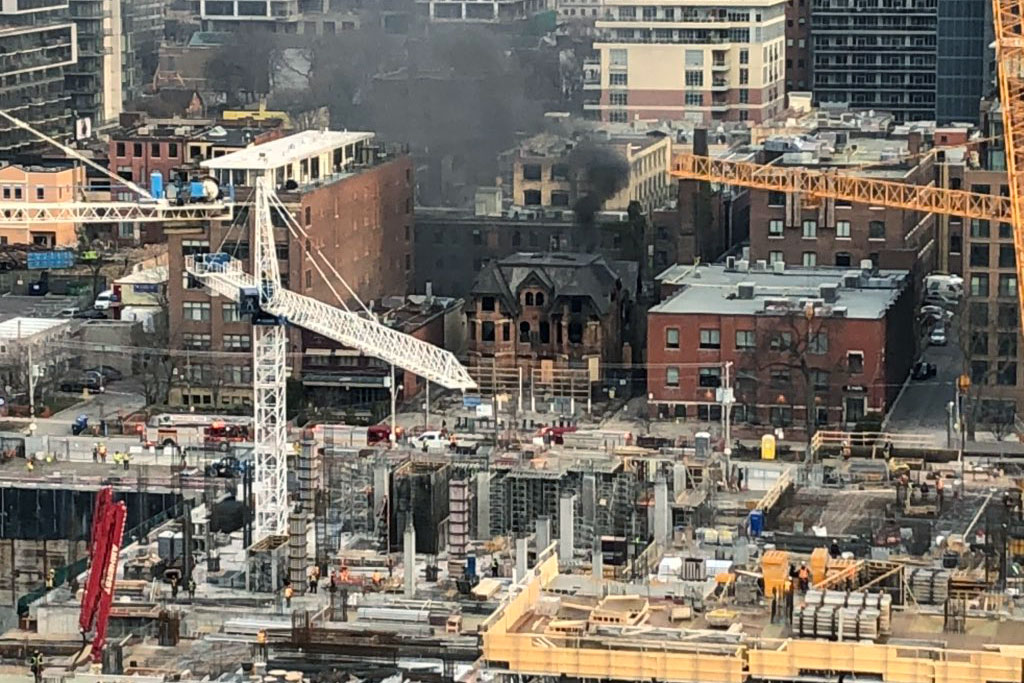 In what could be more bad news for heritage preservationists in Toronto, a fire broke out this morning at the same site at Spadina and Wellington that was struck with a two-alarm blaze on Monday.

At 8:47 a.m. today, firefighters were called to the scene where the already damaged buildings were once again smouldering with a thick trail of smoke rising above the downtown sky. The blaze was characterized as an active fire with a one-alarm response.

The same building on Wellington that was just on fire and was put out yesterday appears to be on fire again today#Toronto pic.twitter.com/a2pCRPIF8W

If there’s any good news, it’s that the neighbouring restaurant Le Select appears undamaged by the multiple blazes. It remains closed during the social distancing measures imposed by the provincial government.

Toronto Fire reports that the second blaze was put out later this morning. What remains unclear is the precise state of the heritage buildings at 422 and 424 Wellington Street. They have obviously been severely damaged, but photos from both Monday and today show that they remain standing.

Developer Brad Lamb planned to incorporate the buildings into his new Wellington House condo. Whether it will still be possible to preserve their facades for future use will likely not be determined for some time.