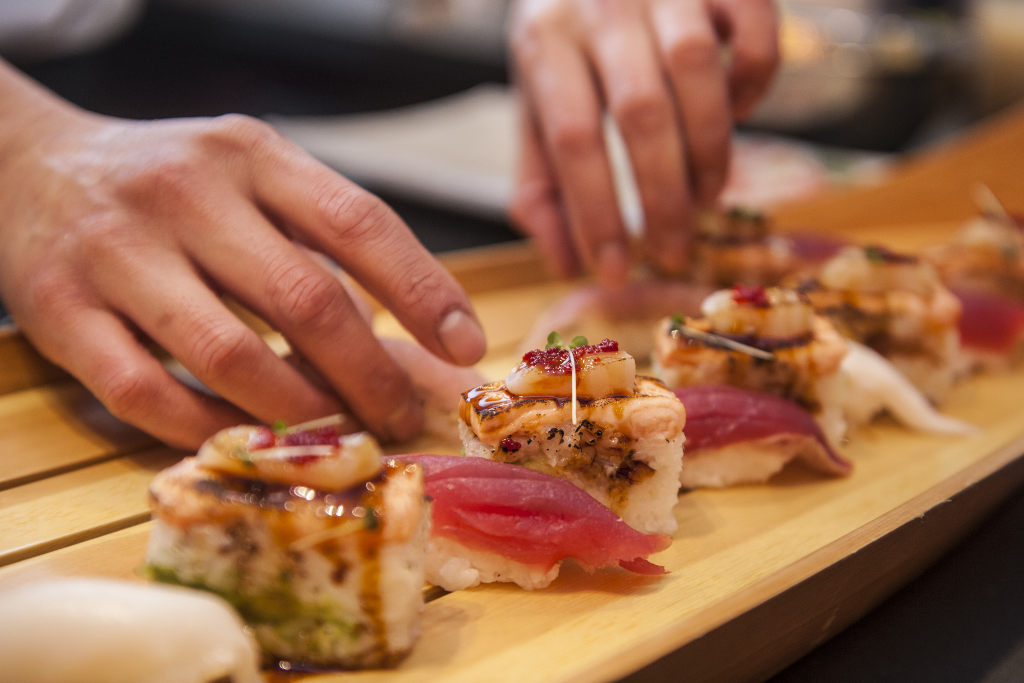 KaKa, a popular spot for unlimited sushi, has opened its first location in the downtown core. Poised as an upscale All-You- Can-Eat sushi, the goal was to offer premium sushi at an affordable price point. Its first location in Markham and garnered plenty of interest — so much so that it warranted an additional location, this one situated steps away from the Eaton Centre.

The restaurant has 150 seats in total. There are also two VIP rooms, where guests can reserve for private parties and events. The interior design is modern Japanese with clean lines and warm wood tones. There are splashes of magenta (their signature colour) within the restaurant. Also of note is their striking geisha mural piece that fills the back wall near the main entrance. 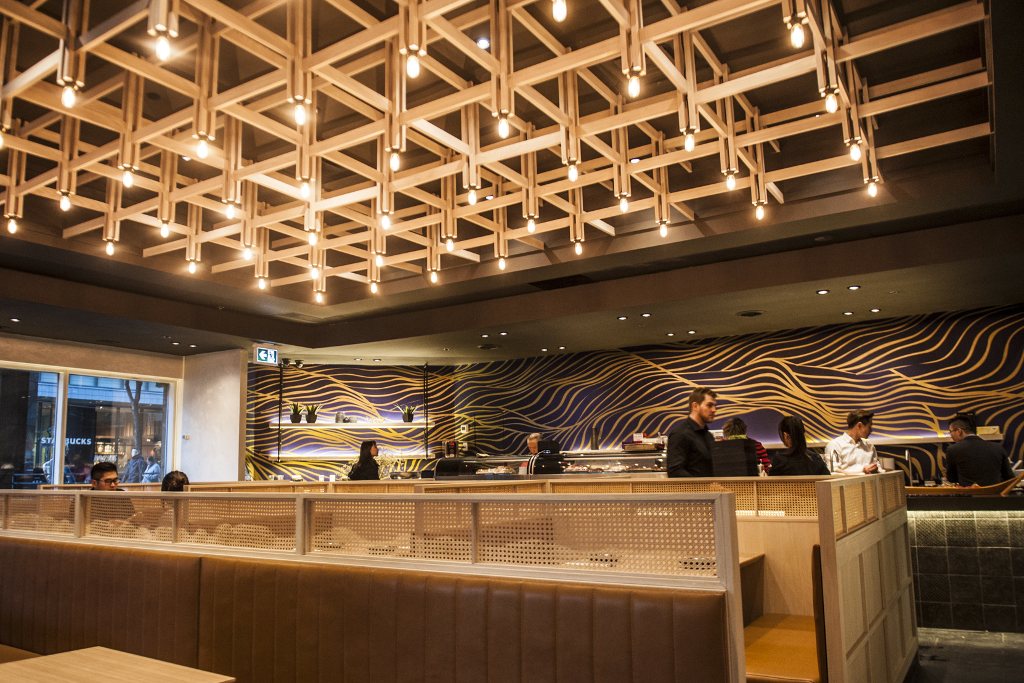 An open bar concept offers wines, beer, sake and cocktails — the recommendation for the latter is the signature Hinomoto: lychee liqueur gets layered with rum, sake, Calpico and a splash of lemon juice and grenadine.

There are over 100 items on offer with the aim of appealing to sushi and even non-sushi lovers Chef Frank, who conceptualizes all the menu items for the restaurant, explains how KaKa straddles making upscale sushi while also being an AYCE restaurant.

“We’re the first AYCE restaurant in Toronto to serve torched sushi. Previously, such premium items could only be found at higher end à la carte Japanese restaurants like Miku and JaBistro. Moreover, recipes utilise a Japanese and French fusion that, I feel, separates Kaka from the competition.” 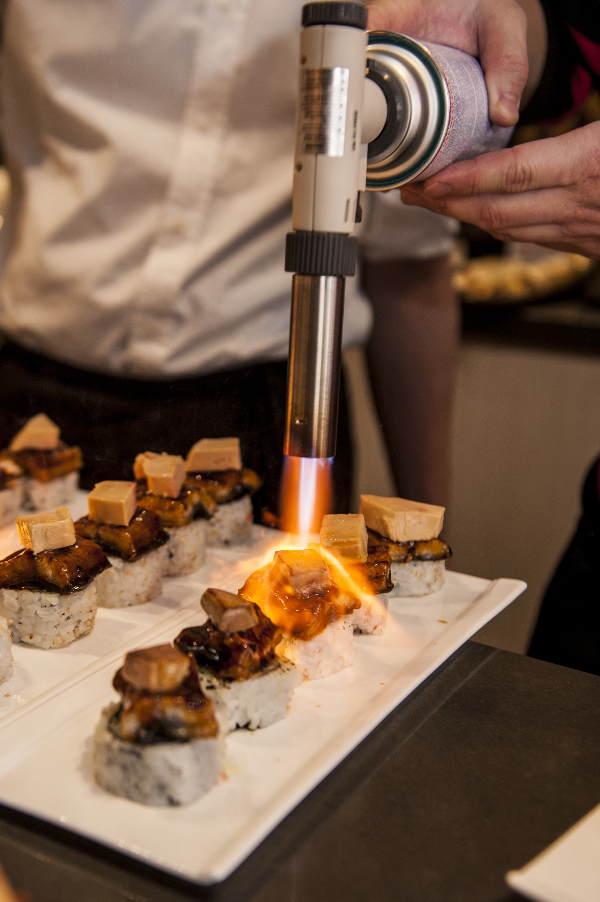 KaKa also uses ingredients not normally found at other AYCE sushi spots such as foie gras and edible gold. 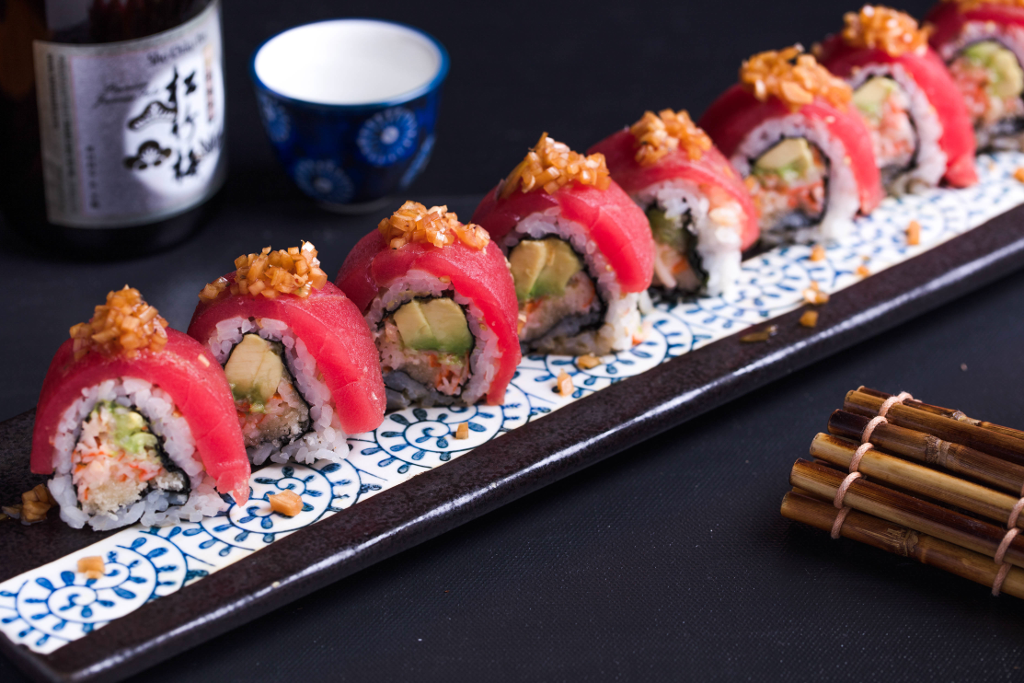 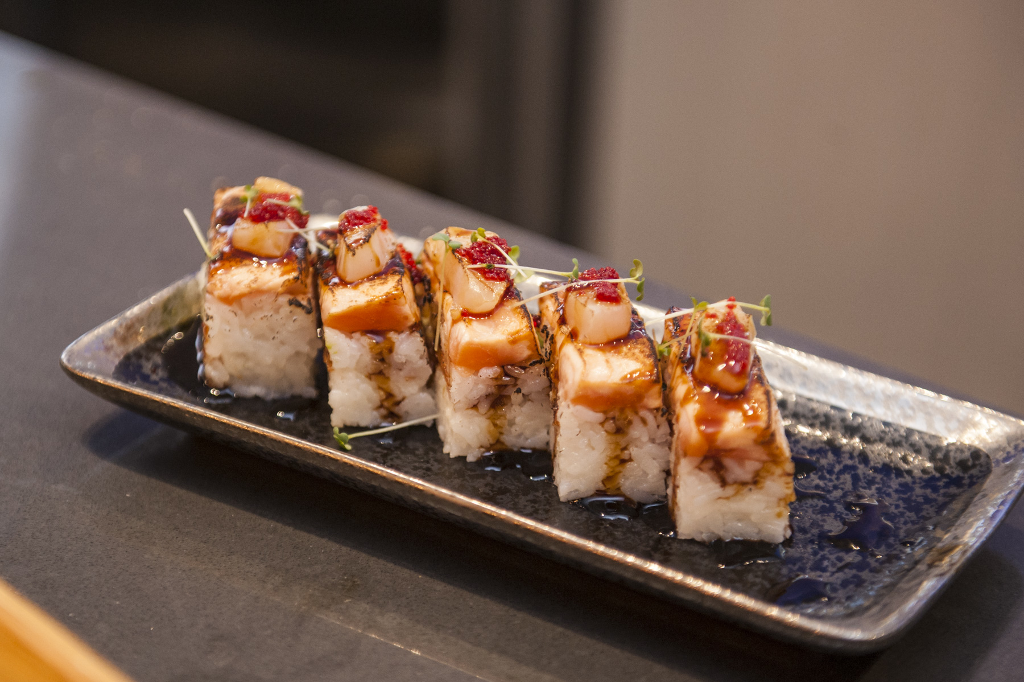 Perhaps the most burning question on everyone’s mind is the name: Why KaKa? General manager Irene Chung explains that the restaurant was actually named after the sakura flower.

“In Cantonese, we say Fa 花, but somehow, it got lost in translation. The soft F became a hard K in terms of pronunciation.” By the time the owners realized what the term meant, it was too late to change it.

“Press for our food was wholly positive so we didn’t want to change our restaurant’s name and confuse our diners.”

Besides, all publicity is good publicity, right? 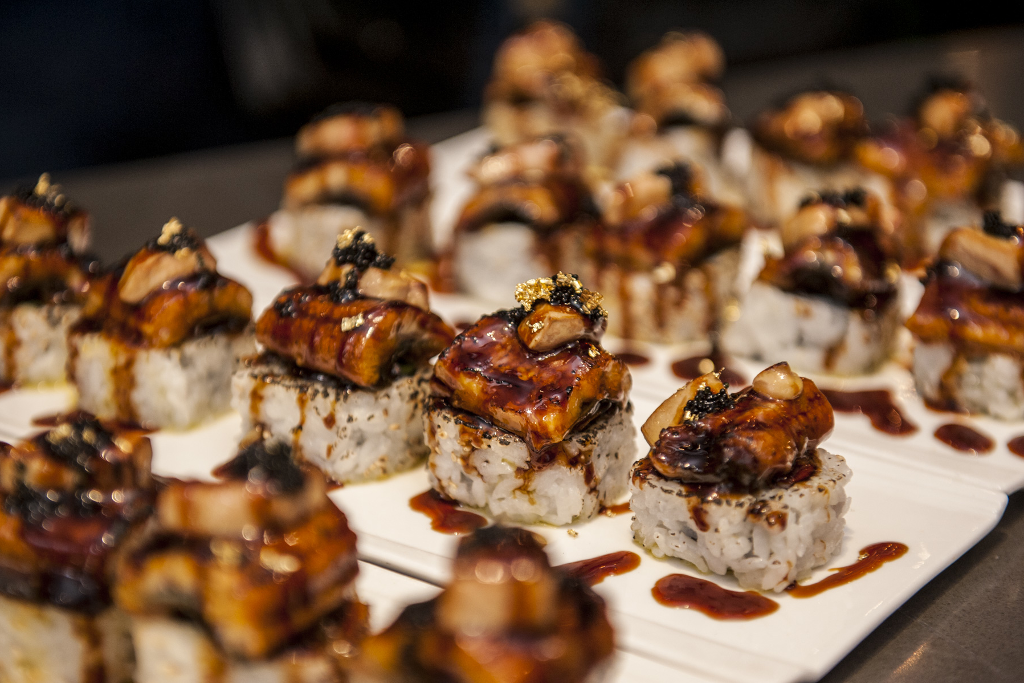 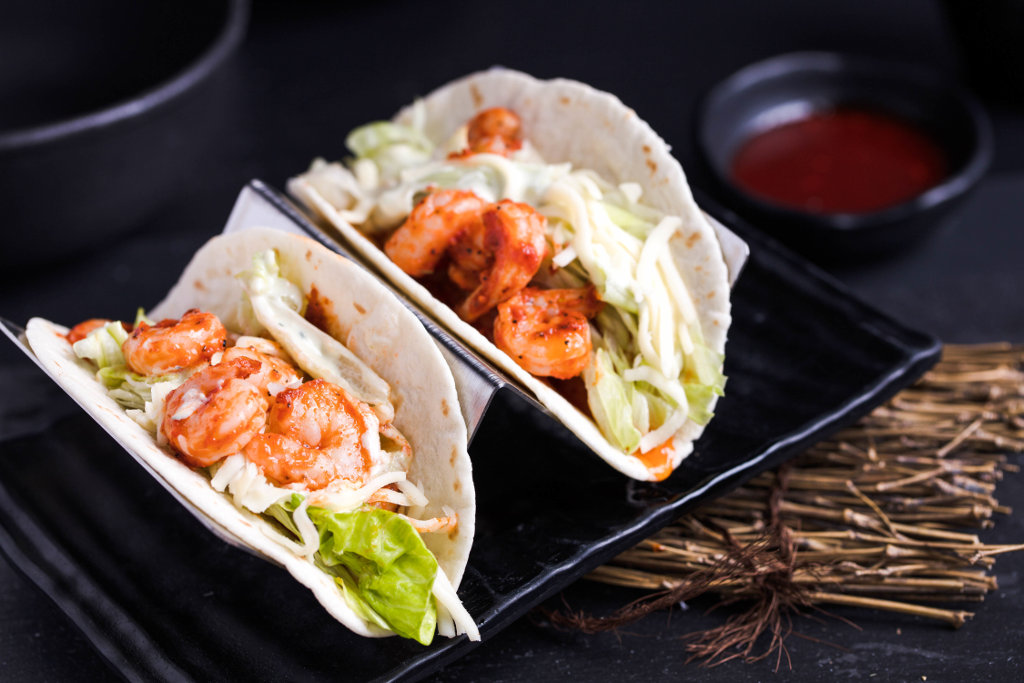 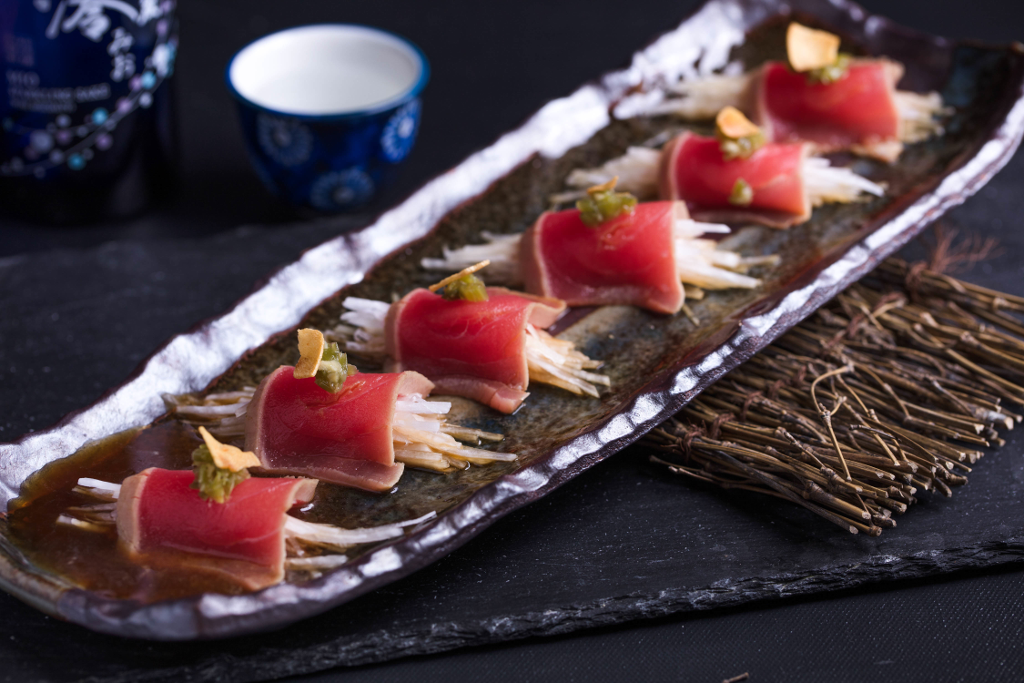