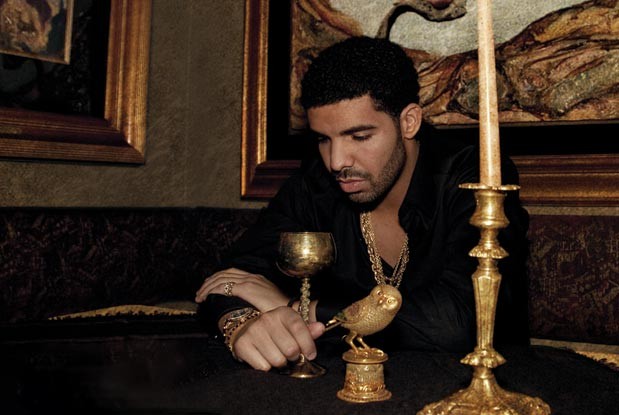 Canadian rap icon Drake stopped by Studio Q this morning for a chat with CBC radio host Jian Ghomeshi. It was a rare interview for the media savvy Drake, and it was billed as a Canadian exclusive. Here are our five favourite quotes:

On prison rappers: “Well my dad was locked up (yes, in prison) with this guy. I don’t knew where he is now, I never got a chance to speak to him again. But, he didn’t have anybody to call. He didn’t have any family or anybody to speak to. So my dad used to share his phone time with this guy, and this guy used to rap, so he used to read me his raps over the phone…. So, we used to kind of use the remainder of my dad’s phone time to rap and rap and rap until it cut off…. It’d be crazy to sit down with him one day. I never knew his real name or anything. Yeah, he definitely gets a lot of credit in those early days for sure.”

On leaving Degrassi: “For lack of a better term, we all kind of got laid off of Degrassi. I mean, it was an upsetting time for me, you know. We all kind of came in, the names on the dressing rooms were changed. They were making a complete changeover. They were starting over with new, younger kids. From there I was just like I remember telling my mom I was going to tell my agent I was going to probably take a break and see where this music thing takes me…. I was already getting in trouble for spending more time on music and showing up to work tired. I used to record in Scarborough and my relationship with Degrassi was so good I would come in at 5 a.m. and go to sleep in my dressing room and tell one of the ADs or somebody to wake me up…. I used to basically live on the floor of my dressing room.”

On the whole rich kid from Forest Hill thing: “I didn’t grow up in a white neighbourhood. I grew up at Weston Road, I went to Weston Memorial. I went to Weston Collegiate for summer school, which is bad because that means I failed. But, I grew up on Weston Road for a lot of my life and I only moved to Forest Hill because my mother is an incredible woman who was willing to live far beyond her means for the sake of her family. We rented someone’s basement and the first floor. I didn’t have some mansion. I grew up with a mom who was deep in debt because she wanted the best for her family.

On spending time in Memphis: “It was pivotal to me in shaping the man that I am today. Going to Memphis gave me a glimpse into what rap really felt like, for me, because I got to go and be around Yo Gotti (a rapper from Memphis). I was around Yo Gotti in the very early stages only because my cousin’s baby father used to like manage or work with him. So, he used to bring me around a crazy lifestyle I knew nothing about being from here. It was surreal. It seemed so big. The clubs seemed so glamorous. I mean it was Memphis, Tennessee, so it probably wasn’t that glamorous at the time, but you know the cars just seemed so expensive, you know these guys were drinking like Louis XV and just like doing things. I mean my mind was blown. I was so young and it was like I got to see not only rap culture but southern rap culture, which is very influential, and it opened up not only my mind but my ears.”

Check out the full interview here.