Five restaurants that have closed in Toronto in the last week | TRNTO.com
Skip to content 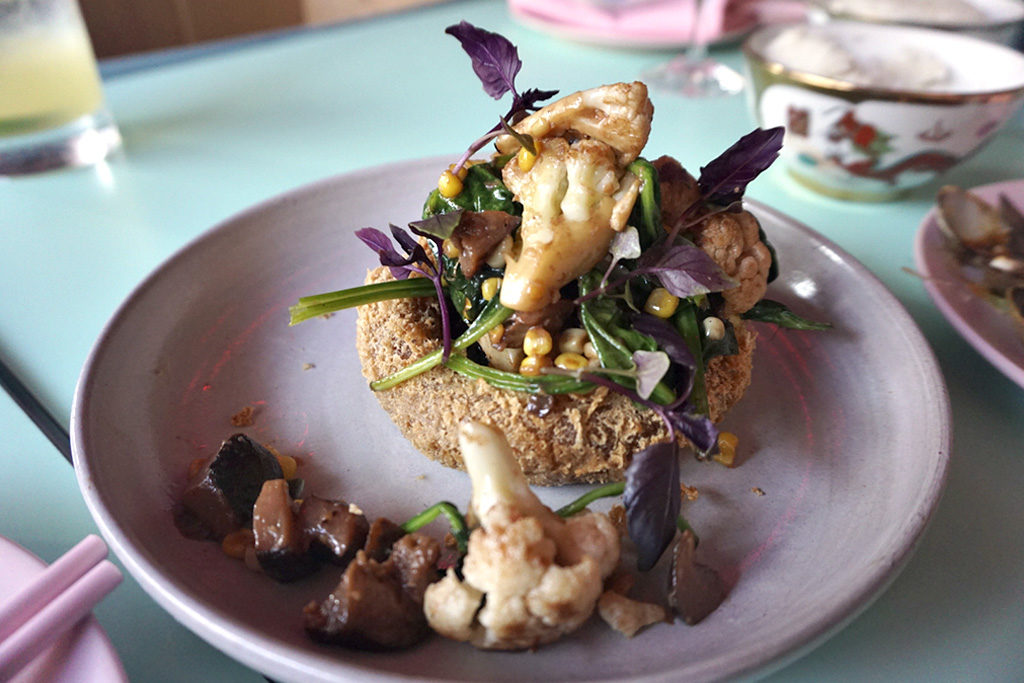 While news of creative revamps and even several grand openings continue to flow in, there is one stream that is steadier still — the ever-growing list of beloved Toronto restaurants shuttering due to COVID-related hardships. Here are the five most recent to which we bid adieu.

SoSo Food Club at Dundas and Ossington, a space where Torontonians could eat scrumptious Chinese dishes, dance, photograph themselves against striking neon décor, and sip inventive cocktails all in one evening, has officially closed. For now, the space will continue to be used by Juicebox Bar, a small wine bar that is running takeout and delivery of their natural wines — a defining characteristic of the drinks menu at SoSo in its heyday. The announcement of SoSo’s permanent closure came via Instagram on Aug. 30.

“We’ve come to the tough decision to not reopen the restaurant as is on the other side of this pandemic,” the post reads. However, while lamenting the loss of the community SoSo built through their uniquely eclectic mix of food and fun over the past two years, their work with Grape Crush Wine, a program dedicated to making natural wines accessible both in terms of price and place, will continue for the foreseeable future via Juicebox.

The Ellery, a beloved upscale bistro serving locally-sourced eats on the Danforth, announced that the last week of August would be their last week of service. Their farewell message to Toronto, though full of heartache and reminiscence, hosts a slight silver lining: the reason for the closure, while obviously inextricably linked to COVID-related hardships, was ultimately finalized due to a desire to refocus on family during these wild times.

“While the strain this pandemic has put on us and other sit-down restaurants is extreme to say the least,” the Instagram post reads, “our decision comes as one focused more so on availability to our children, and quality of life. With mandated closures and reduced operating hours, our eyes were opened to what exactly we were missing out on at home, and how much time we were spending away from the most important aspects of our lives.”

While many in the hospitality industry can surely relate to crazed schedules as restaurants attempt to restructure for survival, this news is sure to break many hearts as the bistro had cultivated a strong reputation over its five years in business.

Tacos Rico, the West Queen West outpost for delicious plant-based tacos from the team behind Grand Electric, is now closed. Unlike its Parkdale parent, Tacos Rico had an entirely vegetarian menu that had a wide variety of flavour combos like the popular poblano and bean or the fried Japanese eggplant, each of which rang in for the price of $2.99 when featured on their taco of the day menu.

The space had been operating more as “Bottles Rico” earlier in the summer, where June and July saw the team shift gears and start a beer takeaway service to adapt to COVID-era realities. Now, the space is officially closed, and while things might seem bleak for vegetarian taco lovers who enjoy the thrill of more than one or two plant-based menu options, the venture was popular and delicious in its four-month run. Perhaps the team will bring a similar concept back to our fair city when a more stable “new normal” is available? One can dream.

Kit Kat Italian Bar & Grill, an infamous go-to for tourists and locals alike as they patronized the many theatres, live venues and bars of Toronto’s entertainment district, is now closed. Owner Al Carbone made headlines in 2017 when he stood in stark opposition to the King street pilot project wherein cars were booted from the stretch in order to make way for enhanced streetcar and pedestrian traffic. Carbone even went so far as to place an ice sculpture of a hand flipping off the city in order to sculpturally perform dissatisfaction with the project in early 2018, arguing that the changes to how people could navigate the popular strip harmed his business.

Kit Kat’s website and social media pages have been dormant since the COVID closures in March, and there have been no official announcements made yet. However, the storefront has been stripped of its sign and accoutrements (is it weird to miss the cow?), signalling the end of a three-decades-long era of Kit Kat on King. Formerly located across the street from such notable locales as TIFF Bell Lightbox, there is little doubt that the sudden COVID-induced evaporation of the movie and live theatre scene spelled disaster for a restaurant that depended on pre-show diners and après-show drinkers.

Markham’s 25-year mainstay, Frankie Tomatto’s, officially closed at the end of August. After opening in the mid-90s, the varied and tasty Italian buffet came with a big side of spectacle with its famously over-the-top décor, quickly establishing it as an area go-to for big groups and special events.

The website and Facebook page both announced that Frankie’s would be going out with a bang with a drive-in “Last Supper” in their parking lot on Aug. 29. Patrons were given a chance to bid one last farewell while scoring a piece of Frankie’s swag along with one free pizza per car. The restaurant also gave $1 for every car that showed up on that fateful Saturday to Easter Seals Ontario, an organization that supports youth with physical disabilities. While traditional buffet-style services are antithetical to effective pandemic control for obvious reasons, city and suburb dwellers alike came to Frankie’s Facebook page to express the grief they are feeling now that even successful decades-long mainstays are being rendered implausible in a matter of months thanks to our new reality.

After 25 years, 11 million meals served and countless memories we step closing our doors. As a thank you to all our…