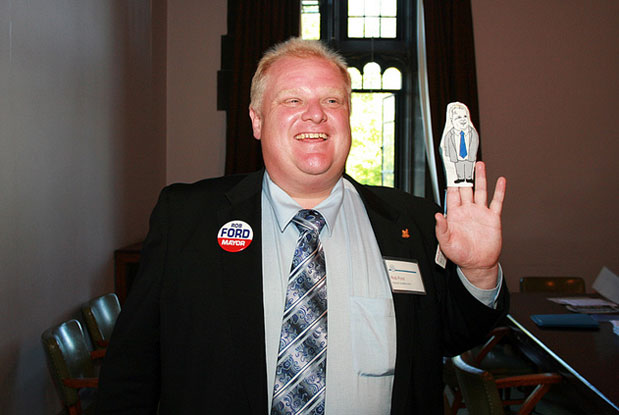 Rob Ford has been the mayor of Toronto for close to three years now, and in that time he’s been lambasted, lampooned and ridiculed by the best of them. So if you’re looking to have a little fun at the mayor’s expense this Halloween, you’re going to need to be original. In short, it’s time to step up your Rob Ford costume game.

The days of buying an XXXL suit off the rack at a second-hand store, filling it with pillows and painting your face burst-capillary red are over. Not to worry though, I’ve got you covered. Here are five great Rob Ford costume ideas that will make you the hit of any martini-sipping lefty shindig. 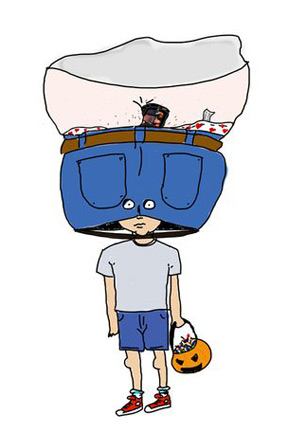 This is arguably the key piece in a long, embarrassing saga that’s brought international attention to the city, so why not dress as the alleged missing alleged iPhone that allegedly contains an alleged video of the mayor allegedly smoking what allegedly looks like crack? It’s a terrifying apparition that might end any number of careers should it some day appear, and it’s surely caused more than a few terrified sleepless nights for the mayor (allegedly). If you really want to go the extra mile, only show your costume to Toronto Star reporters, then disappear forever! 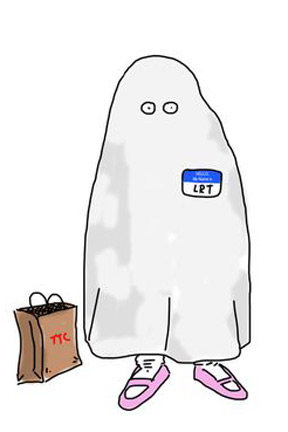 All but murdered by Rob Ford and the 24-20 council vote, there is perhaps no sadder spectre in Toronto than the Light Rail Transit system that might have been. For added spookiness, wear this costume while roaming Scarborough, Sheppard East or Finch West — better yet, haunt city councillor Gord Perks. 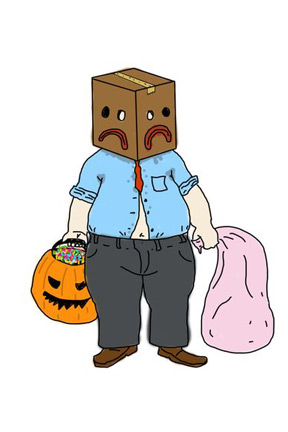 Since his press secretary George Christopoulos and his deputy, Isaac Ransom, resigned from their posts in the mayor’s office in May, there’s been what might politely be called “some turnover” in the mayor’s office. So why not dress up as the constantly changing face of Ford’s staff? You could make a series of strategic wardrobe changes or even build yourself a rotating mask. Much like in real life, your friends will have fun trying to guess which of your many guises is controlling the mayor’s communications at any given moment. 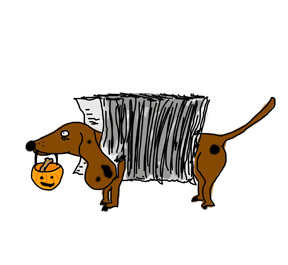 4. The Stack of Unanswered Freedom of Information Requests

An earthly monster borne out of irony, with no regard for legislated timelines! While the mayor publicly espouses openness and transparency, a terrifying presence grows behind closed doors at city hall: a seemingly endless pile of FOI requests from frustrated Toronto Star, Toronto Sun and Globe and Mail reporters seeking access to city records. Partygoers will cower in your shadow as they wonder if you’re a symbol of the mayor’s disdain for the media or a wasteful drain on city resources created by journalists with a vendetta. No one knows for sure… 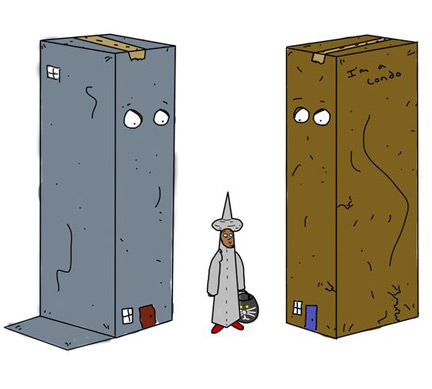 This one might require some ingenuity, but if you can pull off a costume that somehow illustrates how increasingly embarrassed Torontonians are of our mayor, people will admire your pluck. And if you’re up to the task of getting a little creative, there’s a rich thematic vein to be mined here as the mayor’s term trods along. You might also consider dressing up as “The Vanishing Respect We Get from The Rest of Canada,” or even “The Growing Support for Any Future Centrist Candidate.”

In addition to coming up with great Halloween costumes, Ben Johnson writes about beer over on Ben’s Beer Blog. You can follow him on twitter: @Ben_T_Johnson .