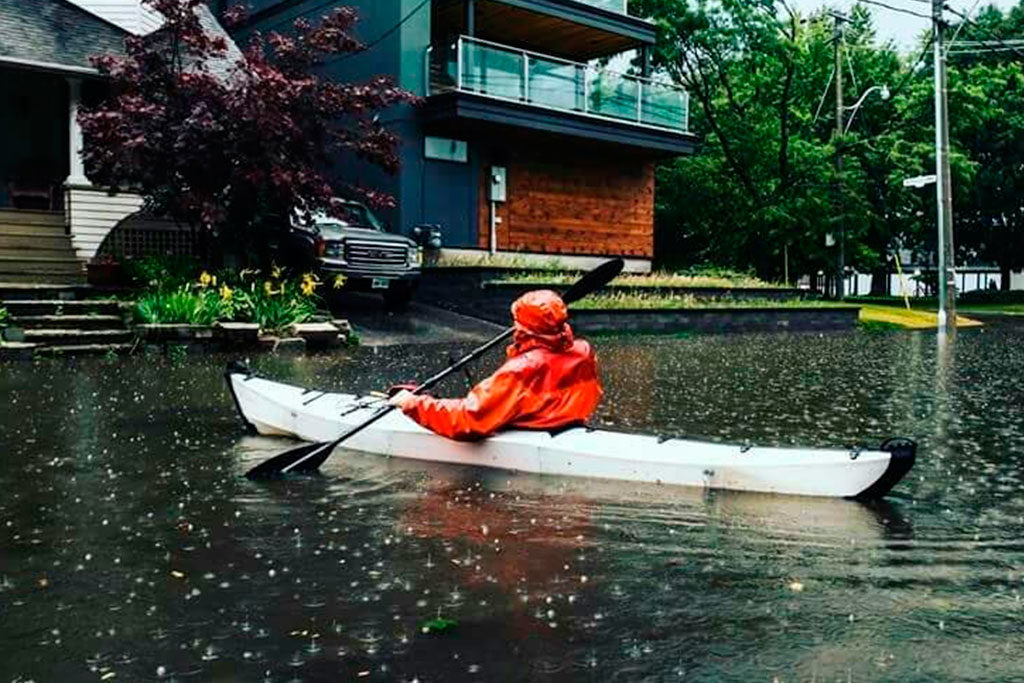 The Liberals will be updating close to 2,000 flood plain maps across the country early next year and uploading them online — a move that could affect home insurance and real estate especially in low-lying areas of the city that are already prone to flooding such as some areas of north Toronto.

According to Vicko M. von Stedingk, a realtor who specializes in Hogg’s Hollow, being in a defined flood plain can create a stigma for homebuyers that may not match reality. “People ask, ‘Doesn’t it flood all the time [at Hogg’s Hollow]?’ ” he said. “No, it doesn’t.… I’ve lived [in Hogg’s Hollow] for 30 years. We’ve never had any significant flooding.”

Craig Stewart, who leads the Insurance Bureau of Canada’s national work on disaster resilience, said the government updating its maps is a “good step,” considering the maps that were available before were of poor quality.

For those worrying whether new maps might place their house in a high risk zone, when it wasn’t before, and affect their insurance, Stewart said that the availability of the maps “won’t change anything.”

“Insurers already have access to [the government’s data], so it is just being made available to consumers, but it doesn’t change anything with insurers,” he said.

However, flooding in Canada may have already resulted in increased insurance rates. University of Waterloo’s school of environment, enterprise and development professor Blair Feltman said that climate change is causing bigger storms and more precipitation that can affect flooding.

“We’re going to get more intense storms with more water coming down over shorter periods of time, period,” he said. But added there are initiatives that residents can take to flood-proof their homes. “It is shocking how much you can do around a house on a Saturday or Sunday for, generally speaking, a few hundred dollars with no special expertise, which can mean the difference between having a flooded basement versus not,” he said.