Folly Brewpub rebranding puts the focus on beer made by Christina Coady and Chris Conway | TRNTO.com
Skip to content 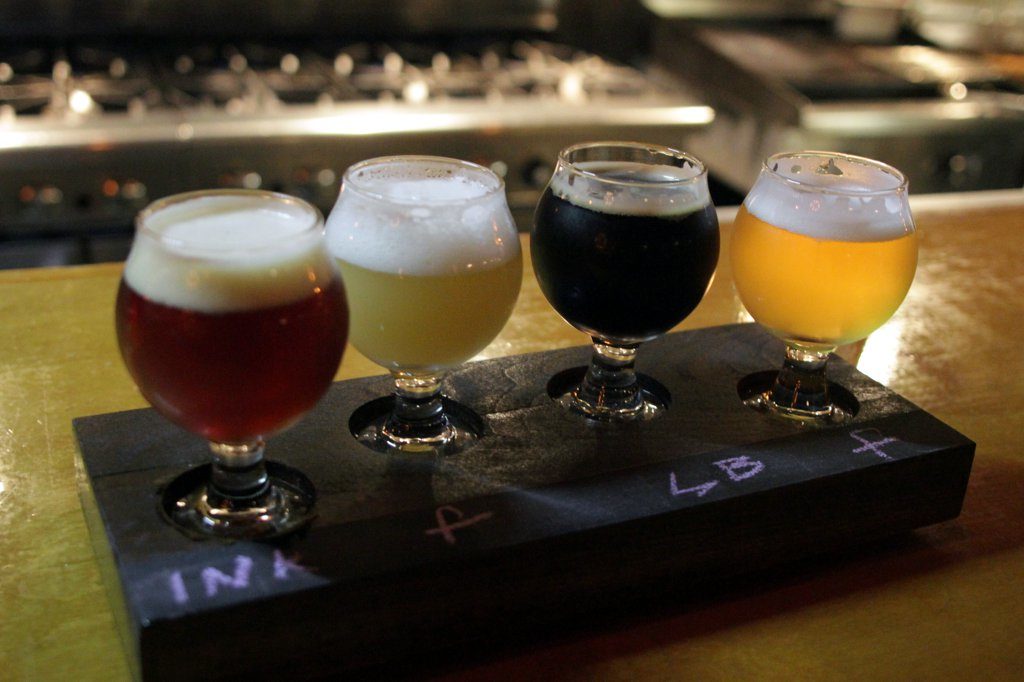 Folly Brewpub isn't as grandly built or slickly marketed as many of the new Toronto breweries that opened this summer. Instead, the focus is more tightly placed on a strong list of adventurous and well-made beers brewed by Christina Coady and Chris Conway.

And it's also not technically new. After sampling Coady and Conway's homebrewed beer, Michelle Genttner and Luis Martins, the owners of Habits Gastropub, convinced the two to turn pro. Between summer 2014 and when the license to brew arrived in January 2015, they piloted recipes that they would eventually produce on Habits' nanobrewery system. As of last Thursday, Habits has completed a brewery expansion, rebranded as Folly Brewpub and placed a much bigger emphasis on house-brewed beer.

Conway tells me that their "idea is to be Belgian-ish focused," and further explains that the beers will be "mostly saison yeast driven." The ones that include brettanomyces will have a farmhouse twist. They plan to stay on-theme because, as Conway says: "I like all beers, but I don't like breweries trying to do every style under the sun." 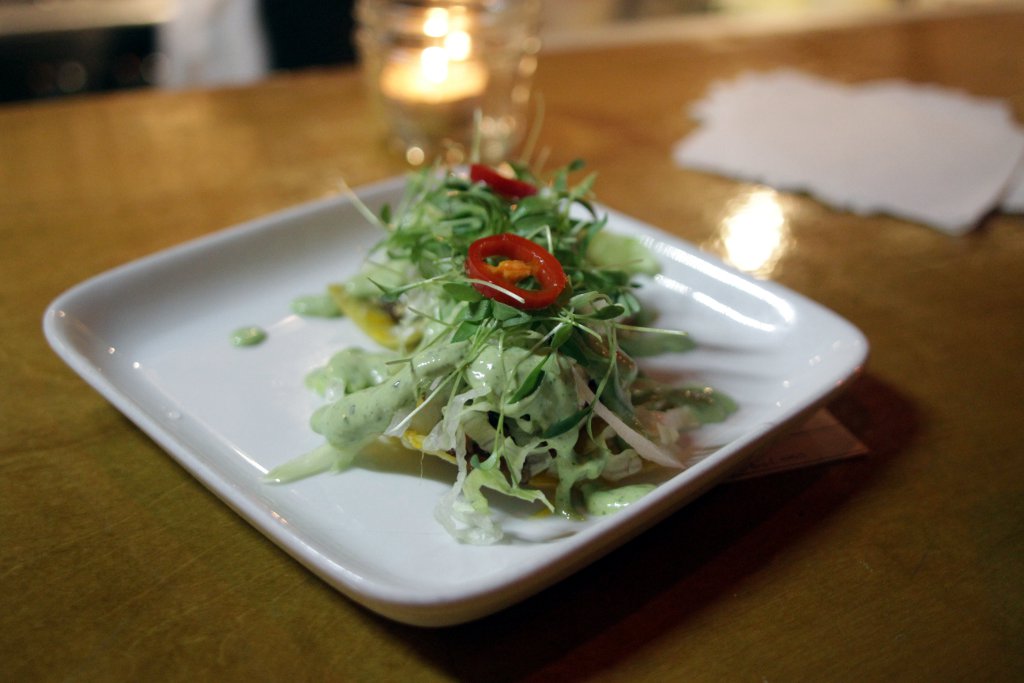 A sample-size portion of the fresh, herb-heavy nachos from the new menu at Folly.

Based on what I had at the launch party this means customers should expect beers that range between slightly sour, dry or have many of the fruity and floral notes yeast create during the warm style of fermentation they're using at Folly. Generally, this fits into the current style in craft beer that is moving from heavily hopped beers to ones that fit into what Conway calls the "modern American farmhouse brewery" style.

The ten taps at Folly will be split between their four year-round labels — Praxis New World Saison, Imposter Syndrome Farmhouse IPA, Inkhorn Farmhouse Bruin and Flemish Cap Old World Saison — two to three seasonal releases and three rotating guest taps. Conway wants, as much as possible, for these last three to be served by beer from nearby breweries like Bellwoods, Burdock and Indie Ale House.

What's left from their 10 hectolitres of weekly output (that's about 1,800 pints) will be sold to restaurants and bars around Toronto. The list of establishments with Folly's beer on tap include impressive highlights like Bar Volo, Wvrst, Bar Isabel and both Bar Hops. The plan is to have a bottle shop up and running by spring 2016 whose offerings will include some bottle-aged beers.

Luis Martins, the co-owner in charge of the kitchen has re-tuned the menu to fit the Folly concept. They have gone from the full meals of gastropub food to the smaller plates or share-able options.

At 500 hectolitres a year, Folly is far from being in the top tier of Toronto breweries by volume. But it's clear from talking to Conway, and tasting the beer he and Coady are making, that they have their sights set on the highest quality echelon.