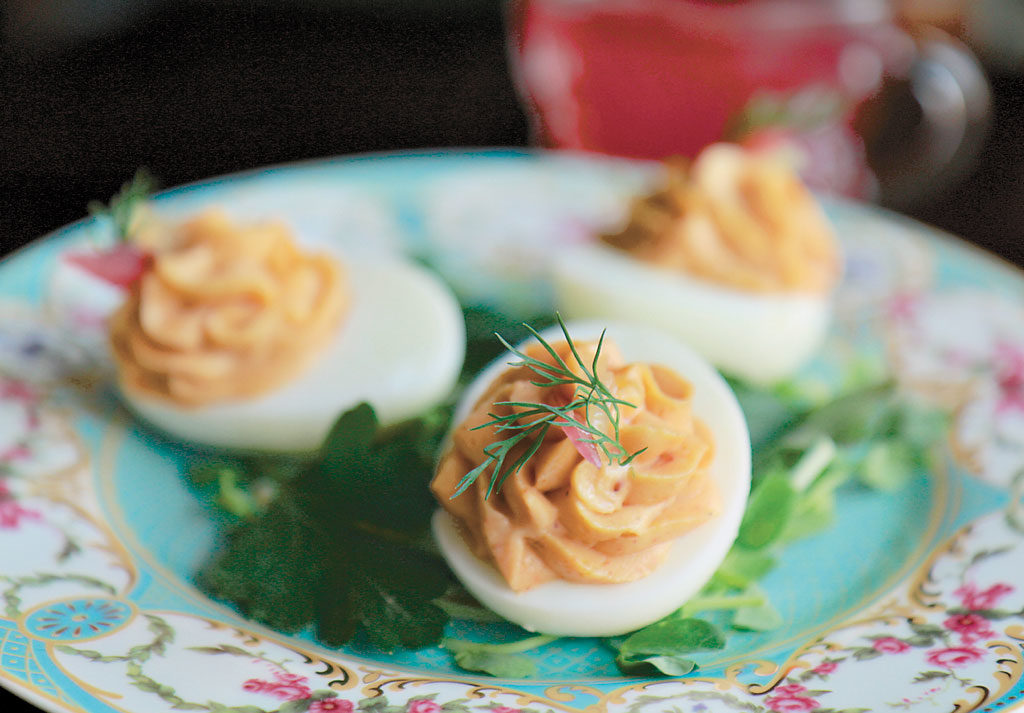 Leslieville denizens are a fiercely proud lot. If you say you’re supping at a Leslieville eatery, it best be located east of the train tracks and west of Coxwell. And don’t you dare conflate Leslieville with its just-to-the-west neighbour Riverside; that’s sure to garner a stink eye or two from the locals.

The neighbourhood traces its origins back to the mid–19th century, when George Leslie set up his 150-acre nursery. At the time, it was the most diverse nursery in Canada, growing everything from fruit trees to grape vines. The area already had a bustling brick industry, but Leslie’s nursery attracted a whole new cohort of workers, gardeners mostly.

By 1868 the village’s 450 residents had almost no need to trek two miles west to visit Toronto. Leslieville boasted two schools, a church, a post office, a brewery, a distillery, a brickyards and a vinegar factory. There were even three hotels and a newspaper. Here are five must-hit food hot spots while spending a day exploring Leslieville.

Start the day with one of Mercury Espresso Bar’s lattes, made from George Howell beans. For almost a decade the plaid-clad crew at this nine-year-old café have been pulling some of the best espresso shots east of the Don. If you’re lucky, the baristas might bless your mug with some funky latte art — a flower or swan are a sure sign spring is in the air.
915 Queen St. E., 647-435-4779

Lady Marmalade is synonymous with two things: fabulous all-day brunch and long queues for said fab nosh. This cheery joint offers your standard morning plates (eggs with bacon), but it would be a sin to miss out on their signature dish, huevos migas: a heaping plate of rice, perfectly scrambled eggs, cheese, sausage, smashed beans and pico de gallo. For the egg-averse set, the lunch options (like a spicy wild salmon sandwich with mango salsa) are equally scrumptious.
898 Queen St. E., 647-351-7645

For a mid-afternoon perk-me-up, Bobbette & Belle has one the prettiest displays of macarons in town. If your sweet tooth is hankering for something more substantial, a slice of carrot cake is sure to sate — its cream cheese icing is cloud light, and the cake is perfectly dense and moist.
1121 Queen St. E., 416-466-8800

For dinner, head over to the always-welcoming Eastside Social, a recent addition to the local dining scene. The two-room, maritime-themed restaurant serves up homey favourites with a dash of panache. Poutine, for example, swaps out gravy for demi-glace and adds a Yorkshire pudding to the saucy mix. The liver ’n’ onions plate looks nothing like your grandmother’s: a brick of brûléed chicken-and-duck liver pâté is served with scones and caramelized onions.
1008 Queen St. E., 416-461-5663

There’s perhaps no better spot to cap off the night than at the Céilí Cottage. Pull up a seat in the all-too-charming yurt, which occupies the patio from October through May, and order a pint of Irish brew. If Guinness, Harp, Kilkenny or Smithwick’s aren’t to your taste, then perhaps something from the five-page whisky list will appeal.
1301 Queen St. E., 416-406-1301