Food Crawl: Toronto’s Riverside, home of Degrassi, has everything from great BBQ to DIY Vietnamese | TRNTO.com
Skip to content 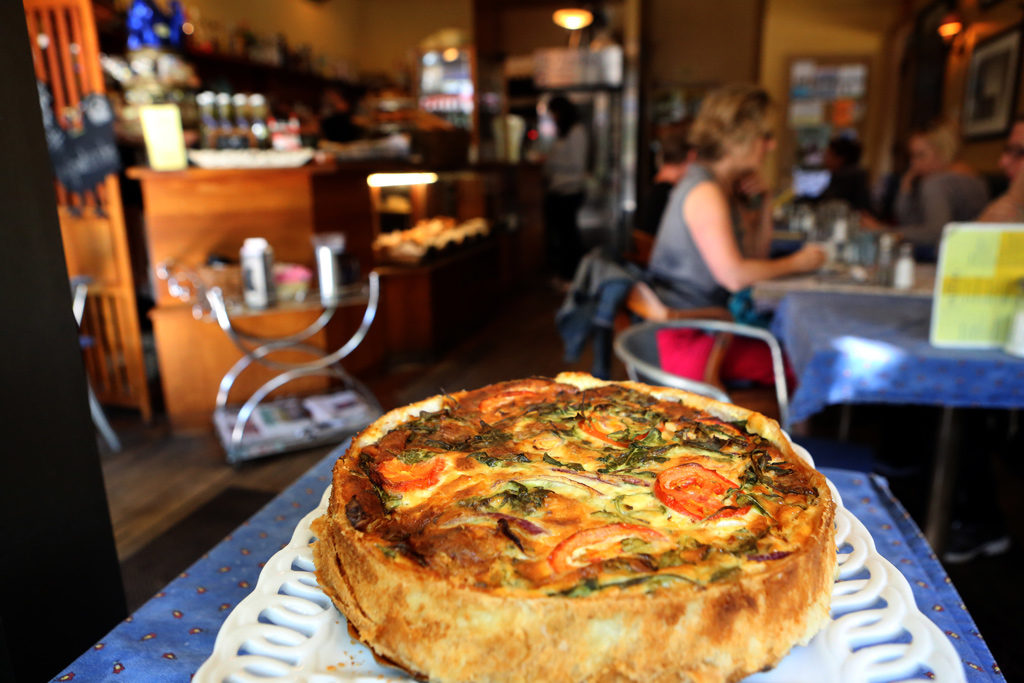 I can’t think of another Toronto neighbourhood that has a multi-decade, internationally-famous television series built around one of its central streets. Stretching from 1979’s Ida Makes a Movie through to the upcoming Next Class (to be released on Netflix) I’m, of course, talking about Degrassi Street in Riverside.

The show built a following by offering a realistic and unvarnished take on what it was like being a downtown kid in the otherwise very suburban Toronto of the 1980s. Thirty-five years later, the neighbourhood has retained its vibrancy, diversity and impressively harmonious use of tight spaces.

Riverside’s northwest corner at Gerrard and Broadview has long been known for the restaurants that make up Chinatown east. The revitalization of Riverside has attracted outpost locations for established operations — Pulp Kitchen brought fresh juices; County Riverside imported the bourbon focus and shared snacks model from the Queen West original. 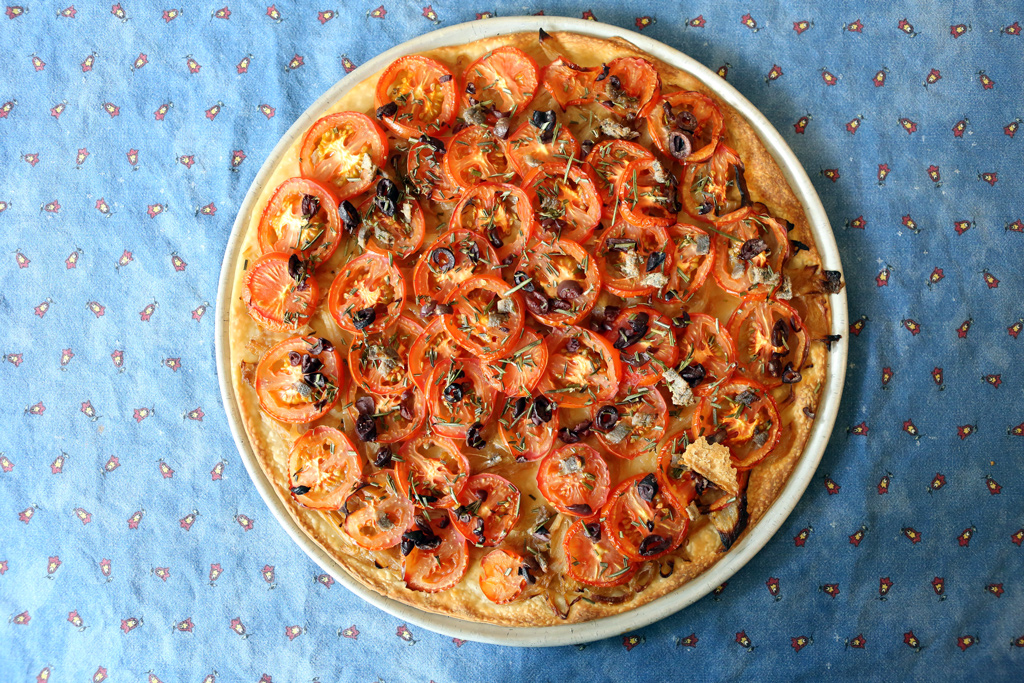 The pissaladière is a work of tomato and black olive enhanced art. (IMAGE: CJ BAEK)

Bonjour Brioche
A prime example of where the line with Leslieville blurs — this is Lady Marmalade, but way more French and without the hour-long lineup of strollers.

Stick to the Gallic spots on this menu. The daily quiche, the pissaladière (think cheese-less pizza hailing from Nice) and the French-leaning coffee drinks, such as the latte bowl, are dependable choices. Grab a sweet lemon tart or some clafouti as walking desserts. 812 Queen St. E., 416-406-1250 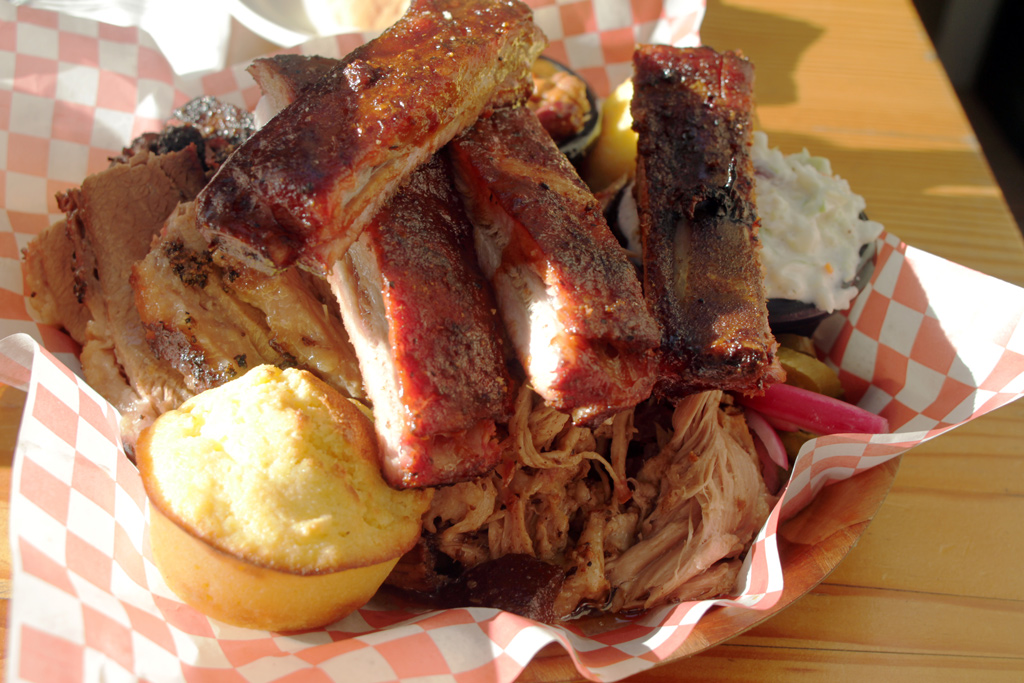 Excellent and generous is a rare combination for BBQ platter in Toronto, but you can find both at Aft. (IMAGE: DAVID ORT)

Aft Kitchen & Bar
On a Sunday afternoon the quiet, well-lit restaurant space is misleading preparation for what you’ll find on the back patio. Here, NFL faithful gather for football on outdoor big screens and tall cans of Ontario craft beer.

From the excellent weekend BBQ menu, the platter for two is easily the best bet. The pulled pork could use a touch more smoke (three house-made sauces to the rescue) and the ribs are very good, but it’s the brisket that steals the show. Thick-cut, Texas-style slabs of beef offer that otherworldly combination of dense smokiness and indulgent beef fat. No point in Toronto is closer to Austin than this. 686 Queen St. E., 647-346-1541

Hi-Lo Bar
Every area has its comfortable hangout with interesting cocktails and a classic rock soundtrack, right? No? Riverside is lucky to have this gem from the folks who started off in Leslieville with Table 17.  A creative cocktail list features 100 per cent original tipples for cinq à sept sips. Try their spiced Sazerac, crafted from Buffalo Trace bourbon, sarsaparilla bitters and finished with a Becherovka wash.

Speaking of beginnings, this was the launchpad for chef Dave Mottershall’s Loka Snacks. The successful Kickstarter campaign means the popups are done and Loka is decamping for a permanent home on Queen West. But they leave behind a cocktail list that combines classic and original. 753 Queen St. E., 416-551-3459 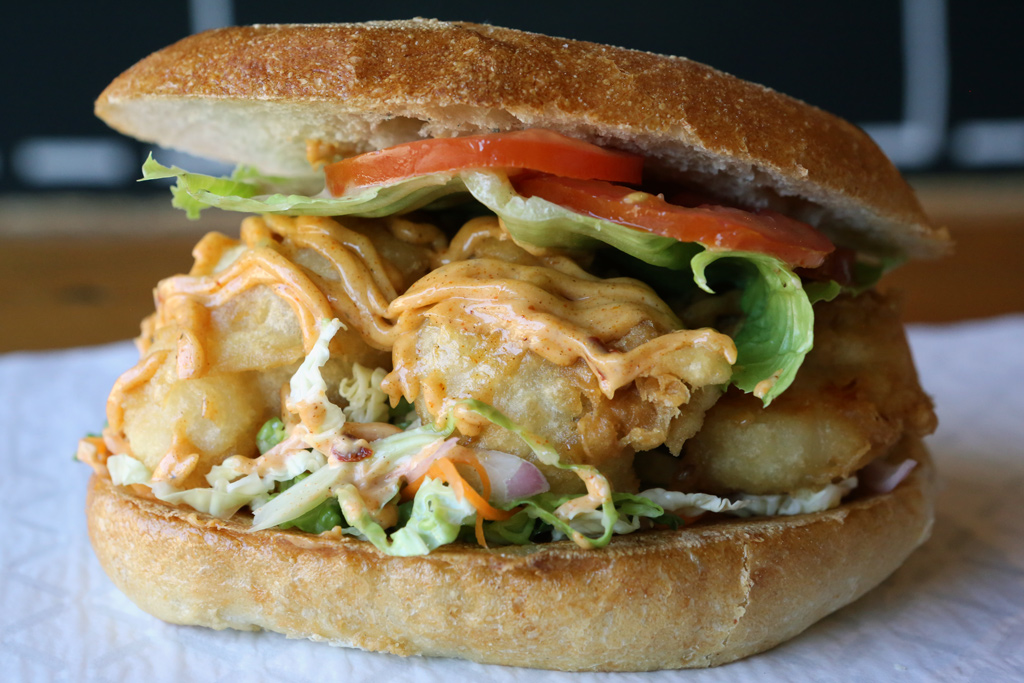 Sully’s Sandwich Kitchen
A short walk, up Degrassi and a few blocks east on Gerrard brings us to Logan. This is where Michael “Sully” Sullivan (co-owner of Victor) opened his straightforward sandwich shop in 2014.

Have the shrimp po’ boy that every one has raved about; the tempura batter is feather-light and the slaw takes pounds off this proposition. Then go back and also try the ADB (all day breakfast), that rare jewel known as a delicious breakfast sandwich. 821 Gerrard St., 647-342-5105

Batifole
Best-kept secret, hidden gem, diamond in the rough — whatever cliché you choose, this bistro has been serving the classics for over a decade.

Carnivorous staples include the cassoulet and steak frites, but a crawl calls for lighter choices. As cold weather approaches a dish like the Pernod-sauteed prawns that recalls southern France is just the ticket. 744 Gerrard St. E., 416-462-9965 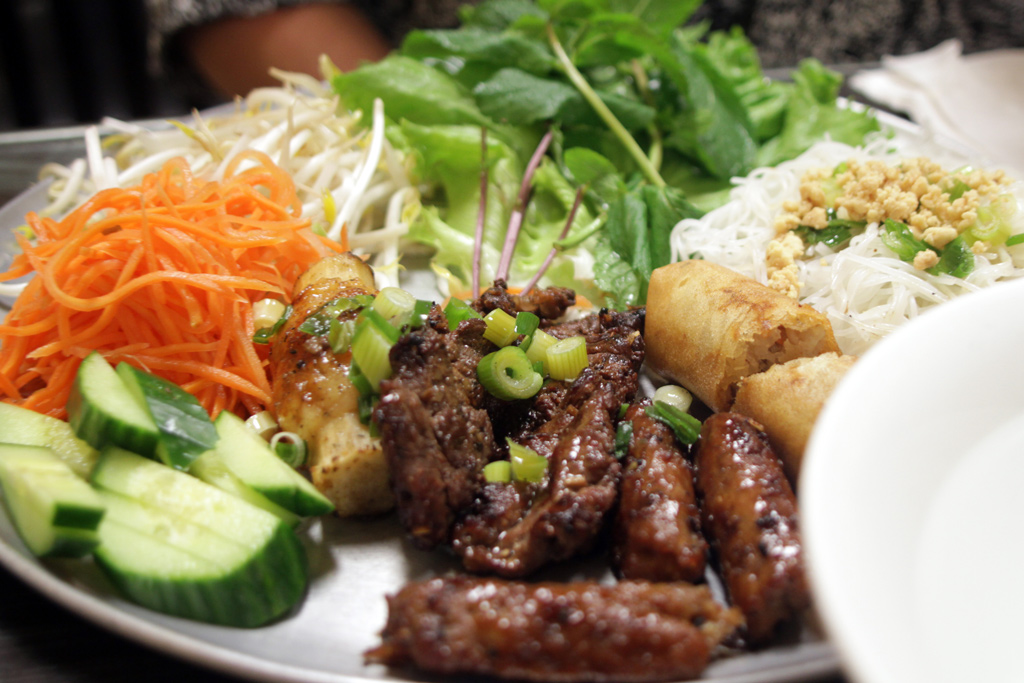 Make-your-own fresh rolls are pretty much as fun and delicious as they sound. (IMAGE: DAVID ORT)

Mi Mi Vietnamese
The packed room of devoted locals makes it obvious that Mi Mi has found a way to stand out from Toronto’s dozens of pho houses— a few nearby on Gerrard. To my tastes, their special weapon has nothing to do with noodle soup, it’s number 121 on the encyclopedic menu, the Special Assorted Meats Do-It-Yourself Platter. 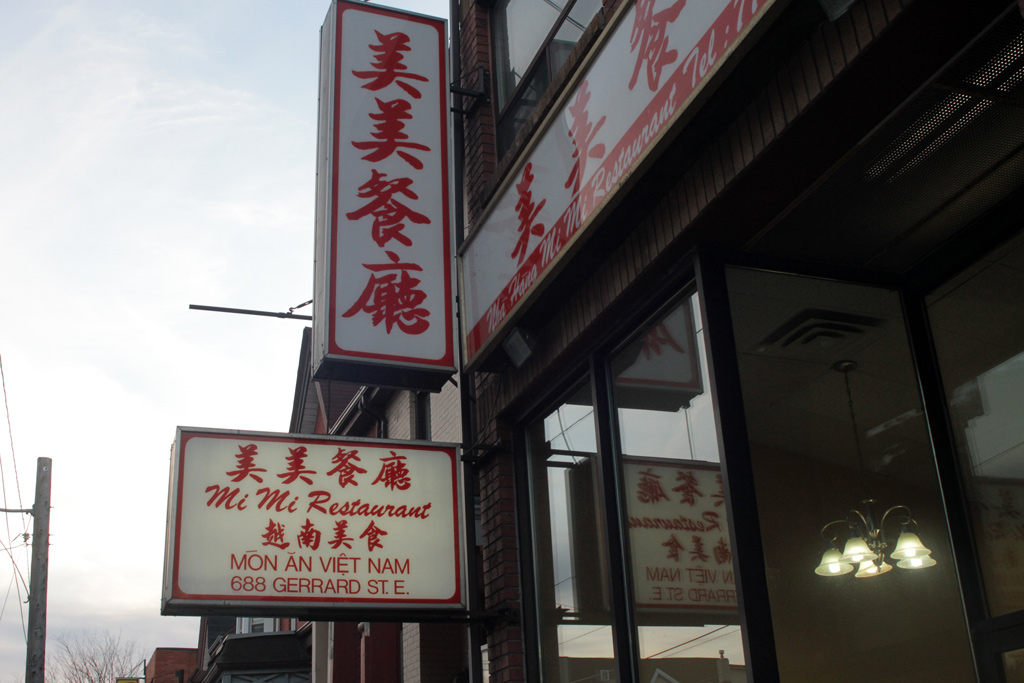