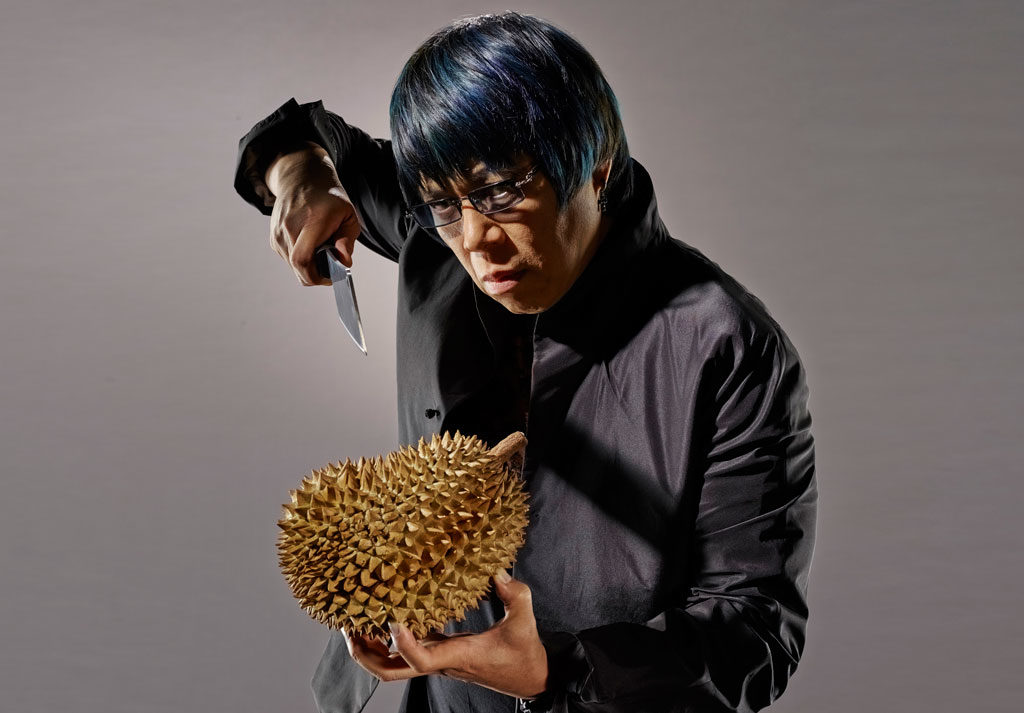 Last winter, Toronto was plastered with giant posters advertising MasterChef’s Canadian spinoff. Two of the three faces were all too familiar to locals: Michael Bonacini and Claudio Aprile. The two have both shaped Hogtown’s dining scene. The third MasterChef Canada judge was unknown to most: a blue-haired chef sporting a look of mild disdain named Alvin Leung.

It’s Leung’s contemptuous stare that the first crop of Canadian MasterChef hopefuls had to contend with whenever their dishes failed to meet his exacting standards. MasterChef Canada challenges amateur chefs through cooking competitions that test contestants’ creativity, ability and their mettle under pressure. With $100,000 on the line, the stakes are high, and Leung stokes the already smouldering reality TV powder keg.

Unless you treat the Michelin Guide as scripture, you’ll be forgiven for not knowing who Leung is. He’s made a bigger splash worldwide than at home: a three Michelin–starred chef with two very successful restaurants in Hong Kong and London. But in the early aughts he was an acoustics engineer with a fondness for throwing elaborate dinner parties.

“I have had a passion for cooking since I was 11. But at that time, coming from a family full of engineers, it was difficult to imagine pursuing my passion as a career,” says Leung.

In 2003 he left engineering, at age 42, to pursue his long-sublimated culinary passions. Sans professional kitchen training, Leung took over a friend’s unlicensed speakeasy in Hong Kong, originally called Bo, quickly earning him the nickname God Chef. As a pious Christian, it didn’t appeal to Leung, so he christened himself Demon Chef,  a reference to classic Greek “dæmons.” At Bo Innovation, Leung’s style of cooking was like nothing Hong Kong had ever seen. The self-taught chef prepared what he called “X-treme Chinese,” which is, essentially, a style of cooking that blends molecular gastronomy (à la elBulli) with fusion — although Leung abhors this reductionist explanation.

Leung explains: “The ‘X’ stands for modern, exciting and pushing to the limit, as in X-sport, X-factor. X also represents experience, which I wish to take my clients through in a new innovative interpretation of Chinese cuisine.”

Perhaps the most shocking of Leung’s X-treme Chinese creations is Sex on the Beach — although the divisive plate has nothing to do with the cocktail. “I was looking at some of my fellow chefs’ creations and saw a trend in creating scenic plates with names like Road Kill and Ash Tray,” Leung says. Chef challenged himself to plate the most outrageous scene imaginable. The latex-free dish features a faux-prophylactic made from konjac (a root veg) and kappa; — it’s even filled with a dollop of white mixture originally made from honey and Yunnan ham. The edible rubber is plated on a pile of “sand” (powdered shiitake mushrooms), mimicking a discarded condom.

X-treme Chinese was so well received that two years after he took over Bo Innovation Leung went on the straight and narrow and moved his restaurant to Wan Chai, Hong Kong’s original nightlife district.

After opening Bo London in 2012, the cyan-coiffed chef has teamed up with MasterChef Canada, Season 1 winner, Eric Chong, to open his first Canadian restaurant, R&D. Although both Bos serve up very similar avant-garde fare, R&D will stray from the mould.

“I will be exposing customers to some of my X-treme Chinese at R&D, but you won’t quite get the full monty of it just yet. I will just tickle your taste buds with a hint of it first,” says Leung.

It’s not that the Demon Chef doesn’t think Canadians are ready for X-treme Chinese, but this is a collaborative effort.

“R&D will have about half of my DNA since Eric is involved in the creation process, too,” explains Leung, who aims to open the restaurant in the heart of Chinatown this month.

After the first MasterChef Canada season wrapped up, Leung flew Chong to Singapore for help with a pop-up before asking his soon-to-be protege if he’d like to open a restaurant together.

“It took me by surprise, but how could I say no,” says Chong.

Over the past six months the duo has travelled to the likes of Shanghai, Xiamen, Guangzhou and Hong Kong seeking inspiration. Menu picks will include modern dim sum, such as Little Dragon Buns with spicy Szechuan lamb alongside sharing plates like General Sanders’ Chicken with kung pao sauce and HK egg waffles. As for more X-treme dishes, Leung promises a “special creation” for R&D.

“We do have so much in common, both being engineers, Chinese, growing up in Canada and having parents that disapproved of becoming a chef,” says Chong. “It feels like he is creating a path for me to follow.”

If you thought R&D is a coy reference to Leung and Chong’s engineering origins (research and development), you’d be wrong. It’s an acronym for Rebel and Demon.

“I was once a rebel before I became the demon,” says Leung, evidently seeing a lot of his young rebellious self in Chong. The duo’s engineering background will affect the food. “We are more methodical in our approach and know how to express our ideas in a logical and analytical method. The science background helps in inventing our menu,” says Leung.

Leung and Chong are kindred spirits brought together by a reality TV show. Hopefully, their culinary marriage will outlast any nuptials manufactured on The Bachelor.