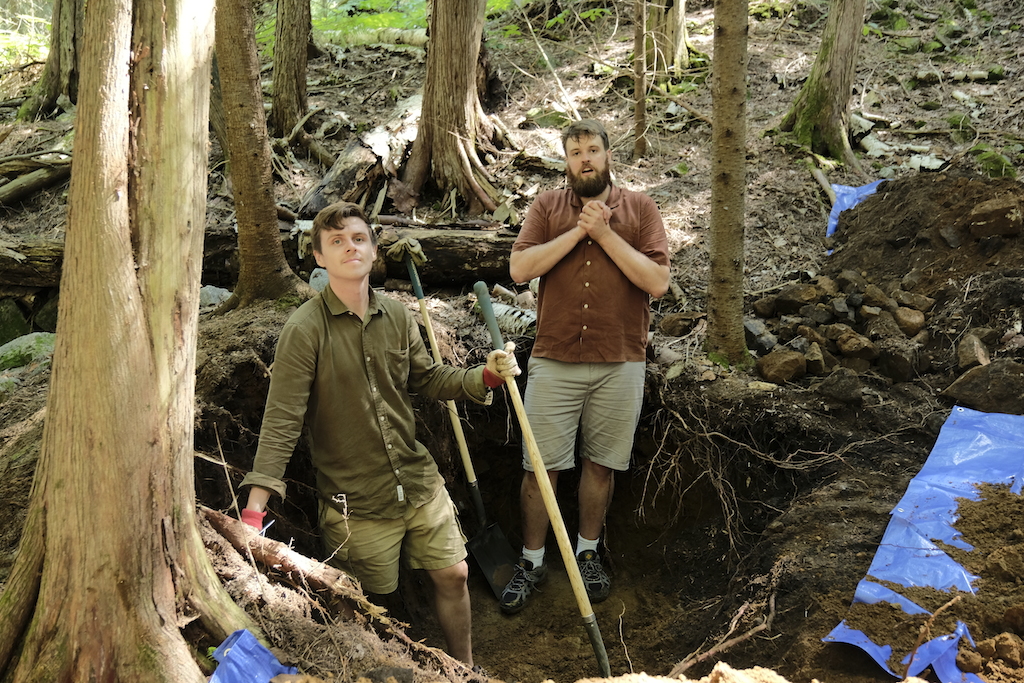 Comedians and filmmakers Mike Mildon and Jackson Rowe have been collaborating on projects ever since they met in a Second City class, but it wasn’t until 2020 that the two approached a new genre they’ve never explored before — true crime, with a twist. The result was For Heaven’s Sake, an eight-episode docu-series revolving around the cold case of Mildon’s great-great-uncle’s disappearance.

Mildon says the idea came to him when he received police reports with some new information about Harold Heaven, who went missing and was presumed dead in 1934, making this the oldest cold case in Canadian history.

“One of the things that stood out was, it just didn’t feel like they were very thorough,” Mildon says about the police report. “And it felt like the case deserved a second look. Even though we’re not professionals, we thought coming in with a modern approach and with modern technologies and knowledge would serve the case well.”

When Heaven went missing more than 85 years ago, his cabin was found with the door ajar, keys in the lock and just a few articles of clothing and a gun missing. Even after hundreds of people searched for him, the case went unsolved, but Heaven’s brothers and his family never stopped looking.

As a member of the family, Mildon says it was a “tightrope to walk” when it came to navigating working with his family members as sources for the docu-series.

“I think that’s why it was so great to have Jackson a part of it, because there was a family bias, especially for me coming into the case. I had my views because all these stories and theories had been passed down throughout the generations throughout the years,” he says.

Mildon and Rowe are also both comedians — and members of the comedy sketch troupe Trophy Husbands — which means they naturally added a comedic angle to the series. But Mildon says they were careful to balance the true crime and comedy sides throughout it as well.

“You’re dealing with a real family tragedy, but the family had kind of turned it into a little bit of a campfire story as well,” Mildon says. “We were never making fun of the case or what happened to Harold. It was more that we were just comedians trying to do our best to try and solve this case.”

Mildon says his and Rowe’s background in improv also helped a lot with the interview subjects.

“We have an improv background, so we were able to keep the small talk going to make sure no one feels uncomfortable,” he says.

Even as amateur investigators, the pair say they were surprised at how much they were able to uncover, and how much the story of Heaven stayed with the community in Minden, Ont. over the years.

“We went up [to Minden] for the first time and started to talk to people in the community. We were on the radio, we put up a billboard, and I thought it would be tough because it’s an 87-year-old case,” Mildon says. “But the response was overwhelming, and there were a ton of people who had heard the story through their family and friends.”

While they got along further than they say they expected, there were still challenges that came with investigating the cold case — time and, unexpectedly, the pandemic.

“There’s just a lot of things that were lost to time; maybe we had too much hubris thinking that we could take it on,” Rowe says.

They also were filming up to a week before the pandemic hit, and were waiting for spring to follow a certain lead that required the ground to thaw.

“That ended up getting pushed all the way to August, so it did really affect the later half of the series because we go back up and it’s in the middle of a pandemic, so our access was limited,” Mildon explains.

The docu-series, exploring the true crime genre, closure, family history and Heaven’s cold case through a comedic lens, is available to watch on CBC Gem and Paramount+.