Forget hipster, think hippie: Millennials are taking notes from the free spirits of the ’70s | TRNTO.com
Skip to content 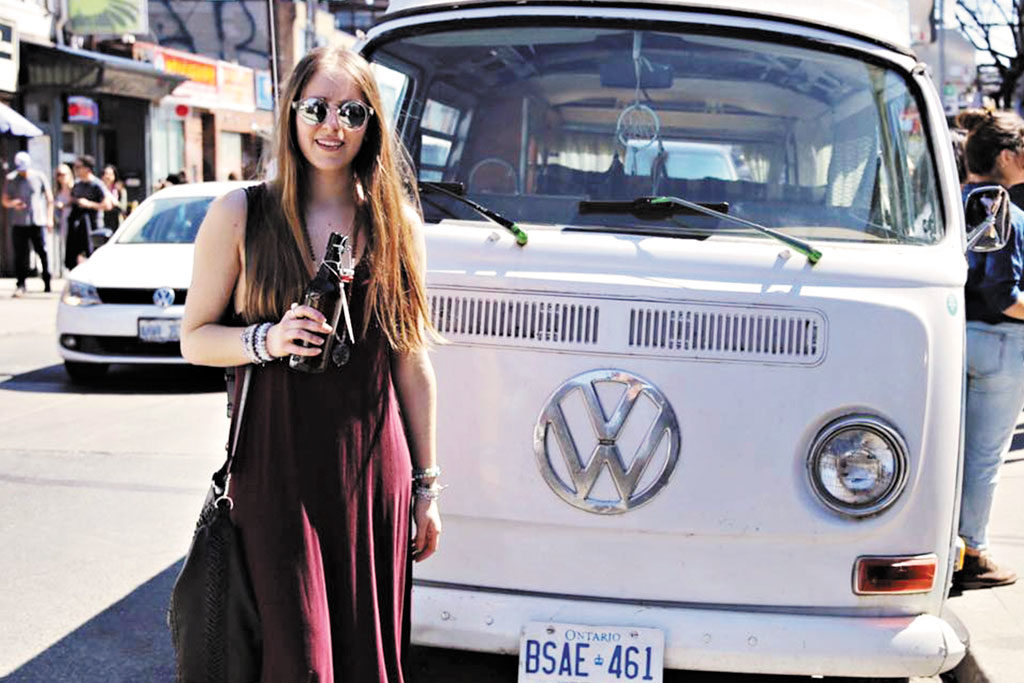 In the age of smartphones, massive corporations and processed foods, people are breaking away from the norm to dress, eat and live in more organic ways. Those millennials we once called hipsters seem to be leading the pack when it comes to embracing a free-spirited lifestyle, like that of the hippie movement of the ’60s and ’70s.

One of the those self-proclaimed modern day hippies, Lauren Ribeiro, says her transformation started with going vegan.

“It was a natural progression after I went vegan and started diving deeper into spirituality,” she says.

In Ribeiro’s eyes, the movement is all about freedom, individuality and owning her unique personality, which she has now embraced fully, despite following societal norms to a T just a few years ago.

“It was a natural progression after I went vegan and started diving deeper into spirituality.”

“It’s really funny because five years ago I was living the complete opposite of a hippie lifestyle. Throughout high school and university, I would wear tons of makeup, have my hair always done, wear blazers, just super well put together,” she says.

Ribeiro grew up in Toronto but recently moved to the Niagara region — a change she says “solidified” her hippie lifestyle. She says the millennial age group in particular is breaking away from typical lifestyle structures to find happiness outside of a materialistic or “cookie-cutter” world view.

Ribeiro runs an Instagram account called High Vibe Hippie, and she recently launched a YouTube channel where she talks about veganism, holistic wellness, spirituality and sustainability.

For Alison Serjeant, a Toronto native who is currently travelling the globe, her choice to go vegan reflected her respect for the earth and all its beings.

“For me, it’s about a cruelty-free relationship to animals as well as believing that it’s better for the environment,” she says. “The image of animals on trucks, cramped inside cages, living inside containers without light or fresh air is just horrific to me, and I think, if you respect our planet and the humans, animals and plants that live on it, then this image is a disturbing one.”

Not only has the hippie movement strongly influenced the food scene with vegan and vegetarian options readily available at all restaurants and food shops, it has seeped into fashion as well. From bell-bottoms to psychedelic prints, modern-day hippies are taking cues from the styles of music legends like Janis Joplin or the Beatles.

“I would describe my style as ‘boho’ for sure. I love that flowy, loose style, more earthy tones, bell sleeves, florals.”

“I would describe my style as ‘boho’ for sure. I love that flowy, loose style, more earthy tones, bell sleeves, florals, that kind of stuff,” she says. “The ’70s trend is really in, the whole bell sleeves, the big print, even platform shoes. It’s everywhere.”

Erica Wark, a Toronto-based stylist and TV personality, says the movement is about more than just a look and that many brands and people are taking the initiative to be more eco-friendly and conscious with the products they’re creating as well.

“I think there’s definitely been a huge movement in the world of fashion, most notably over the past couple of years, called ‘conscious fashion,’ which is essentially brands that are using different techniques to be more friendly to the environment,” she says. “A lot of consignment stores have become super popular over the past couple of years because of this conscious fashion.”

This hippie attitude is mostly about straying from a typical lifestyle.

“[It’s] branching out for different means of alternative living, so whether that’s living in a tiny home, whether that’s moving abroad somewhere or living a nomadic lifestyle,” says Ribeiro. “Finding happiness in everyday things and just loving life.”