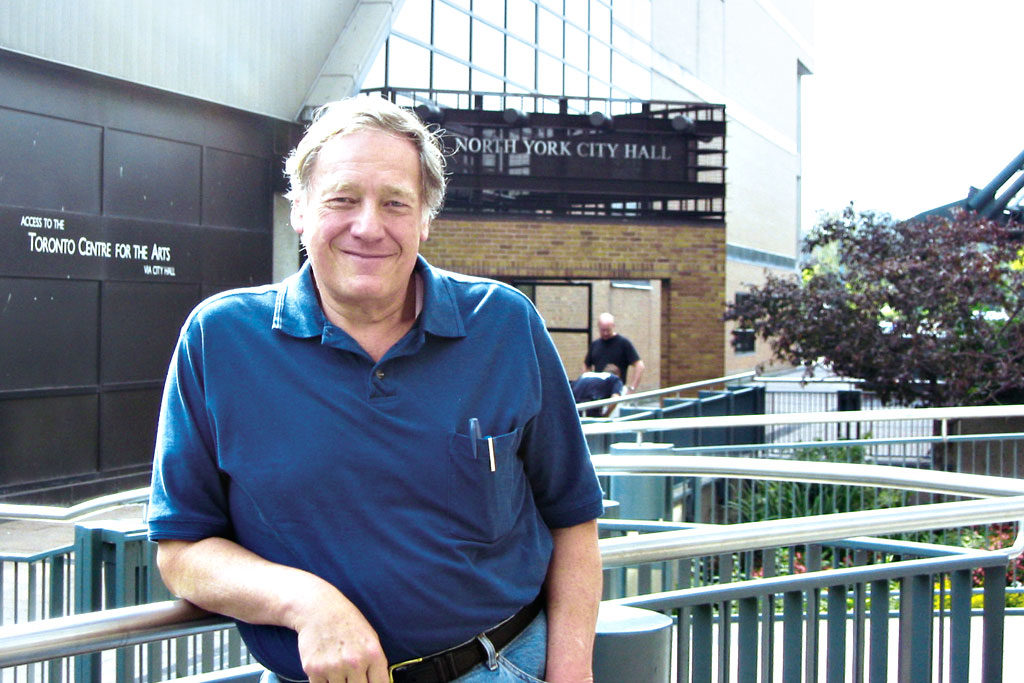 After an illustrious and oftentimes unorthodox political career, it’s only fitting that Howard Moscoe’s book isn’t a typical memoir.

The former North York councillor is releasing Call Me Pisher: A Madcap Romp Through City Hall this fall, a first-hand account of Moscoe’s wild time in public office that spanned more than three decades.

“I loved every moment of it, even the difficult moments,” Moscoe said. “My life has been a bit of a comedy. I never had more fun than in my 32 years in politics.”

Several chapters of the book, which took Moscoe four years to write, revolve around his long-standing feud with former North York and Toronto mayor Mel Lastman and how that helped turn Moscoe into a prominent public figure in the city.

“If I said a blackboard was black, [Mel would] say it was green,” Moscoe quipped. “Philosophically, we were at opposite ends of the political scale. I really didn’t dislike him. I just liked toying with him.”

The spat started as somewhat of an accident: when the reporters of the local daily news pages of the Toronto Star needed some filler, Lastman and Moscoe would often trade barbs to make headlines.

“I told Mel one day, ‘You made me famous. When are you going to make me rich?’ ” Moscoe said.

Although his methods were often unconventional, Moscoe’s accomplishments in public office have made a lasting impact on the city, particularly in the area of public transit. He was instrumental in establishing the TTC community bus system in 1990, a service that has been adopted by many cities around the world since then.

“You have the capacity to make changes in your community, if you work at it,” Moscoe said. “If you can figure out how things work, you can make them work for you. And have a healthy disrespect for authority.”

“It is deliciously ironic because one of my sworn enemies is York University.”

Moscoe also brought in the weekly TTC transit pass as well as transferable passes and helped redesign both Museum station and what is now Sheppard West station.

Moscoe’s close work with the TTC — of which he was chair from 1998 to 2000 and from 2003 to 2006 — led to a decision this past September to have a street leading to the new Pioneer Village subway station at York University named Howard Moscoe Way.

“It is deliciously ironic because one of my sworn enemies is York University,” Moscoe said, a nod to his contentious relationship with York and their fight over the York University Busway as well as many amendments to York University’s official plan.

“They wanted the street to be named York Lions Way because it leads into their stadium. The university lost that fight — council gave me the name — but it’s typical because the York Lions haven’t won very much in their history,” he said, chuckling.

However Moscoe hasn’t hung up his hat for good. He currently gives lectures on Toronto politics at Ryerson University.

The book is one of many retirement projects Moscoe has undertaken since leaving office in 2010. He’s leading the charge to turn the aforementioned York University Busway into an oil tanker truck route, in order to restore a bylaw keeping the trucks from crossing the intersection of Keele Street and Finch Avenue and potentially causing an explosion.

Moscoe also plans to have the LED light sculpture, Arc en ciel, at Yorkdale station reinstalled by the end of the year.

Before entering politics, Moscoe was a junior high school art teacher with the North York Board of Education, and his passion for art has remained to this day.

“My career has been largely based on bucking the establishment, fighting for things that I think are worthwhile,” Moscoe said, “and I haven’t gone to bed entirely as a retiree.”