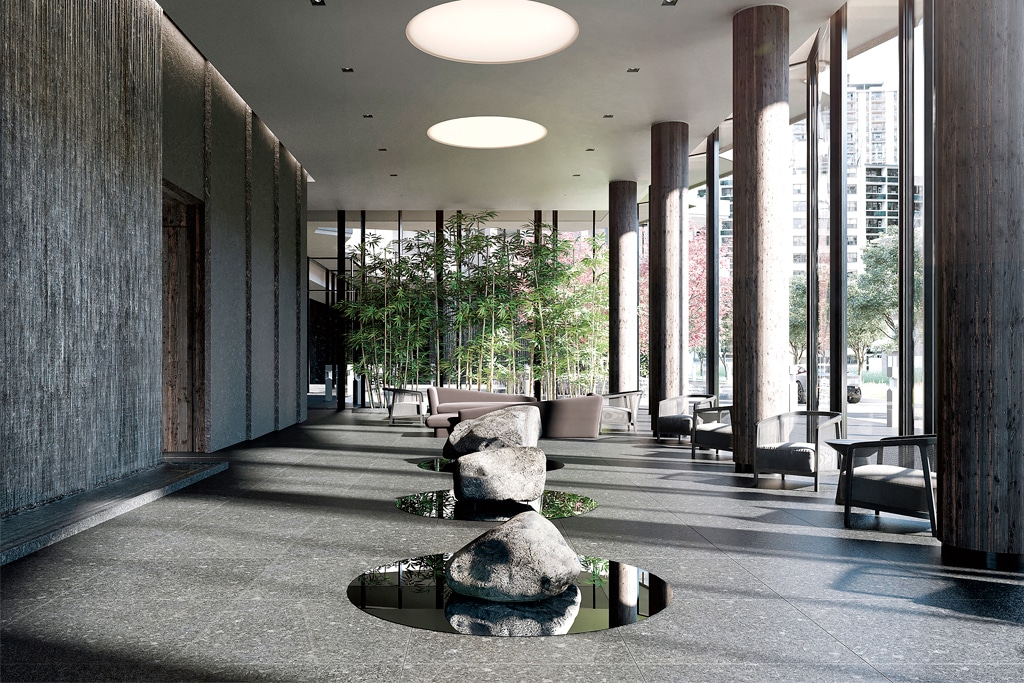 With the new government mandate to increase density in the midtown area, especially along main transit corridors such as Eglinton Avenue and Bloor Street, there are more and larger developments anticipated. Here are four proposed or approved for this area.

Pharrell Williams is coming to midtown

“The opportunity to apply my ideas and viewpoint to the new medium of physical structures has been amazing,” said Williams, detailing his involvement in the project.

“Everyone at the table had a collective willingness to be open, to be pushed, to be prodded and poked, to get to that uncomfortable place of question mark, and to find out what was on the other side. The result is untitled, and I’m very grateful and appreciative to have been a part of the process.”

The 750-unit project on Broadway Avenue near Yonge  Street and Eglinton marks Williams’s first foray into multi-residential development. He is collaborating with Reserve Properties, Westdale Properties, IBI Group and U31.

The project location is one of the busiest hubs for development in the entire city, if not the country.

The development was appealed and approved at LPAT following a settlement process.

One of the most contentious developments proposed for North Toronto is the redevelopment of the Capitol Theatre block including 2490-2514 Yonge St., 10-20 Castlefield Ave. and 565-567 Duplex Ave.

The most revised application for the site proposes a building of 14 storeys instead of the original 21 storeys, with 172 residential units and a decreased lot size.

The main points of contention in the original proposal, which has since been revised, were the sale of the Green P parking lot as part of the development as well as the proposed use of the historic Capitol Theatre and Orange Hall — both listed as heritage properties.

The details of a land swap between the City of Toronto and the developer have changed, and much of the Green P site will likely be a new park, though issues with shadowing remain.

In a letter from Councillor  Mike Colle to the local Lytton Park Residents Association, Colle stated that issues remain regarding the almost complete demolition of the theatre aside from the main facade, access to Orange Hall and shadowing on the new park area.

The application is currently in the city development pipeline and not approved, but scheduled to be considered by Toronto City Council in the near future.

There are few residential neighbourhoods in the city that will match the growth set for Leaside in the coming years.

Although there are numerous projects in the works for the former industrial area, none is larger than the application for the southeast corner of Eglinton Avenue East and Laird Drive.

The developer, RioCan, has submitted official plan and zoning bylaw amendments to the city, proposing the redevelopment of a 3.56-hectare site, located at 815-845 Eglinton Ave. E., near the future Laird station on the Crosstown LRT line.

The proposal includes eight buildings of residential, commercial and office space with heights ranging from two to 38 storeys and including 1,673 residential units. Also in the proposal are plans for a community space, new internal roadway and a new public park.

The proposal does not have final approval. Currently, the application is with the Local Planning Appeal Tribunal (LPAT) under a mediation process called a case management conference. The first step in this process was scheduled for Dec. 19.

Currently the site of Harry Rosen’s flagship location and head office, 80 Bloor St. W. is the proposed location of one of the most significant development applications in the city.

A condo tower was originally proposed at the location back in 2013. After an appeal to the Ontario Municipal Board, the development company revamped the proposal.

The new plan sees a 79-storey mixed-use tower. The tower includes a 17-storey podium that incorporates the existing four-storey Harry Rosen retail building at the corner of Bloor and Bellair Street along the Mink Mile.

Renderings of the new development, designed by Giannone Petricone Associates, show a gold building that would distinguish itself from many of the glass towers currently proposed or under construction in the immediate area.

It’s worth noting that this would not be Toronto’s first gold-tinted building. The iconic Royal Bank Plaza — built in the late 1970s — is actually gold-plated. The revised development would include 1,430 residential units as well as a direct entrance to the Bay subway station.

The plan was submitted Nov. 1 and is currently under review by City of Toronto Planning. No public meetings have been scheduled.