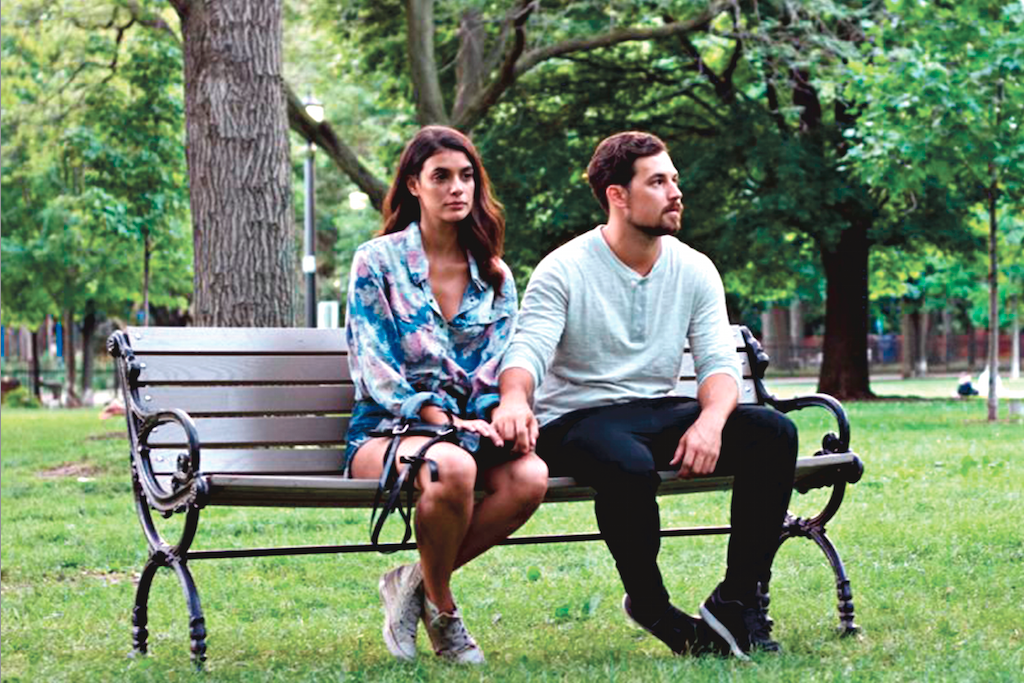 The Toronto International Film Festival is one of the largest in the world and certainly one where the most business gets done. A strong showing at TIFF can launch an actor’s career into the stratosphere. Notable alumni include Tatiana Maslany, Sarah Gadon and Évelyne Brochu.

Here are four local stars of the screen who could provide the breakout performances to set the Hollywood North aflutter with anticipation of things to come.

After a few years away, Toronto filmmaker Atom Egoyan is back with a new film at TIFF, the brooding drama Guest of Honour, in which Egoyan returns to familiar themes of personal trauma and complicated relationships.

The film features British actor David Thewlis in the lead role alongside Toronto’s Laysla De Oliveira, who plays his daughter.

Egoyan’s films tend toward the suspenseful, with meaty roles that have resulted in breakout performances from Mia Kirshner in Exotica to Amanda Seyfried in Chloe.

Following a star turn in the recent indie film Acquainted, De Oliveira has a number of projects on the go in 2019, including Vincenzo Natali’s In the Tall Grass and a starring role in Code 8 opposite fellow Torontonians Stephen Amell and Robbie Amell.

She has also been cast as a series regular on the Netflix series Locke & Key, based on the Joe Hill comic book series.

With expectations high for Guest of Honour, a successful TIFF showing could be just the thing she needs to take the next step. 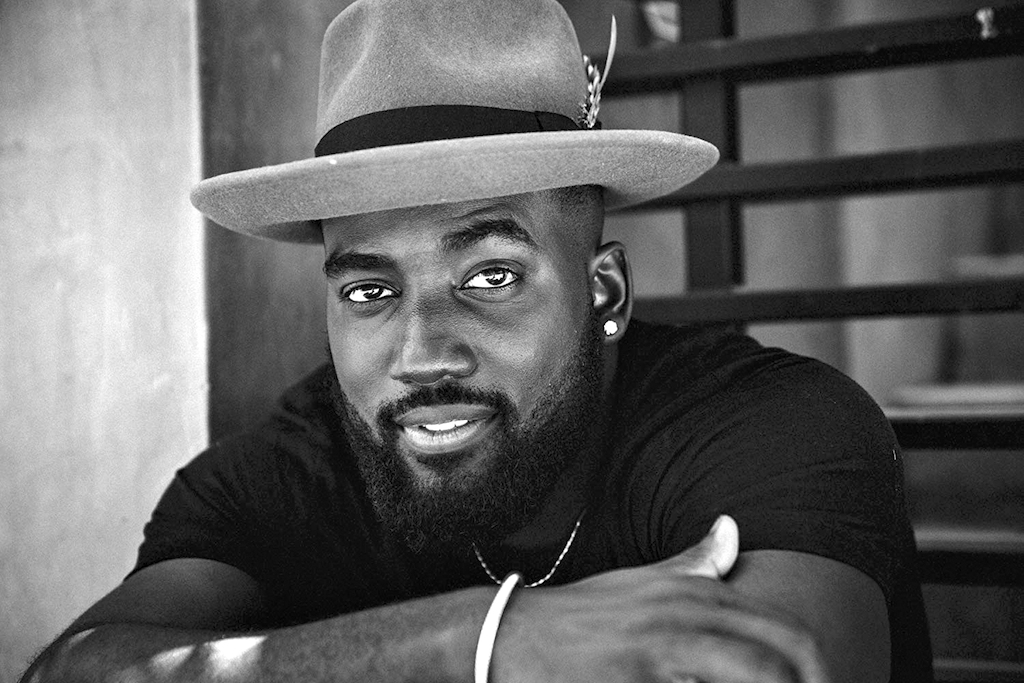 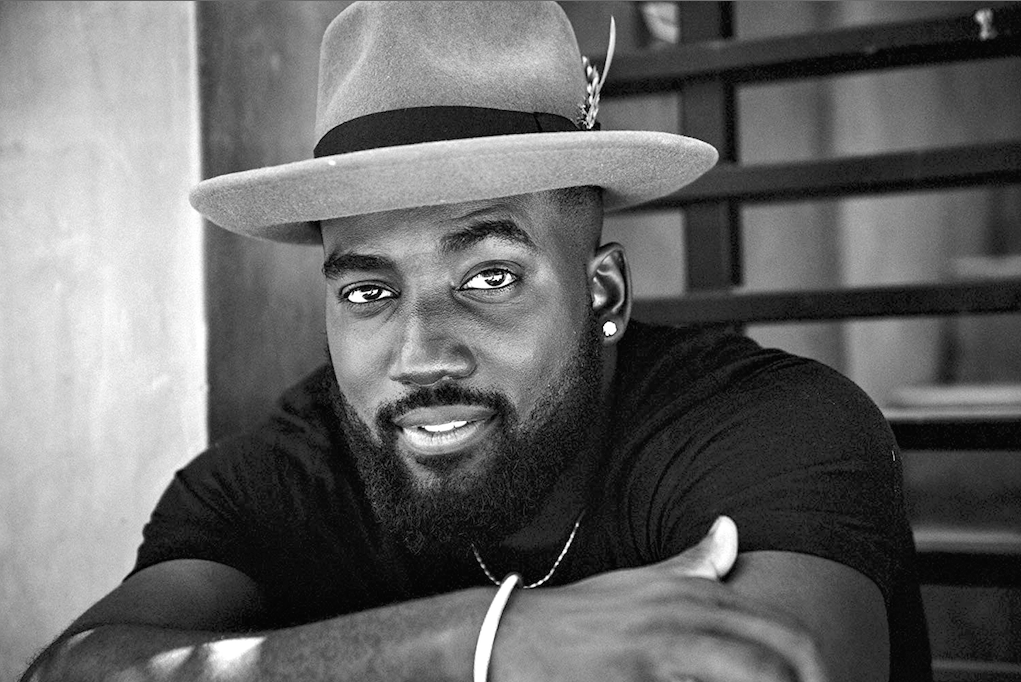 Toronto actor Shamier Anderson, a graduate of the Wexford Collegiate School of the Arts in Scarborough, has been named one of TIFF’s Rising Stars, and for good reason.

Endings, Beginnings, written and directed by Drake Doremus, will premiere at this year’s festival under the Special Presentations banner. The film is intriguing in part because it is semi-improvised.

Anderson was also at TIFF last year for Destroyer, with Nicole Kidman, and starring opposite Johnny Depp in City of Lies.

So, yes, he’s already moving in some pretty good circles.

He also recently finished filming for Spike Lee’s Son of the South, and Stowaway opposite Anna Kendrick. Oh, and he played Agent Dolls in the TV series Wyatt Earp.

Adding to his growing reputation as a fine actor is his commitment to advancing the opportunities of other black actors. Anderson, alongside his brother Stephan James (a TIFF Rising Star four years ago) co-founded the B.L.A.C.K. Ball — an initiative to mentor young filmmakers by connecting diverse talent to the industry.

Raf is an exciting new film getting its world premiere at TIFF, and in the lead role is Toronto actor Grace Glowicki. This could be the film that puts this talented young actor front and centre on a much larger stage.

Raf (Grace Glowicki) is a landscaper by day and high school janitor by night, facing eviction from her shabby basement apartment in Vancouver. Until she meets Tal, and things begin to change.

Glowicki’s performance is described as “electric” and one that recalls the “bizarre comic energy of Gilda Radner and the wild expressionism and delicate absurdity of Jim Carrey.”

Glowicki was named a TIFF Rising Star back in 2016, after moving to Toronto from Montreal after graduating from McGill University.

“I couldn’t figure out what I was interested in,” she says. “I was really looking for something to be passionate about and saw a sign up sheet for an open audition for a play.”

She auditioned and ended up getting the role, and her career began in earnest, including an award-winning performance in Her Friend Adam, which premiered at the Sundance Film Festival.

Glowicki’s credits include leading roles in a number of acclaimed independent films such as Hunter Green, The Oxbow Cure and Lady Be Good.

With parents like Paul Gross and Martha Burns, Hannah Gross has been around the film and TV business for likely as long as she can remember, including a debut in her dad’s curling film Men With Brooms when she was just a tween.

She has had a number of roles recently, including many short films, but her star turn in the film Clifton Hill, alongside British actor Tuppence Middleton, is sure to put her on the map.

Gross grew up in north Toronto and afterwards headed to theatre school in New York City. Her non-curling film debut was in I Used to Be Darker, which premiered at the Sundance Film Festival.

She also starred in the film adaptation of Carol Shields’s stirring novel Unless. So she is used to challenging and emotionally charged roles.

Clifton Hill, directed by Albert Shin, is set on the popular and very cheesy Clifton Hill strip in Niagara Falls, Ont. It stars a sizable contingent of Toronto talent, including Noah Reid and even David Cronenberg in a rare acting role.

The film is described as an “intense and taut psychological thriller that exposes the seedy underbelly of structural systems through the point of view of its dynamic female protagonists.”

Look for Gross next in the 2020 film Falling, starring opposite acclaimed actor Viggo Mortensen.