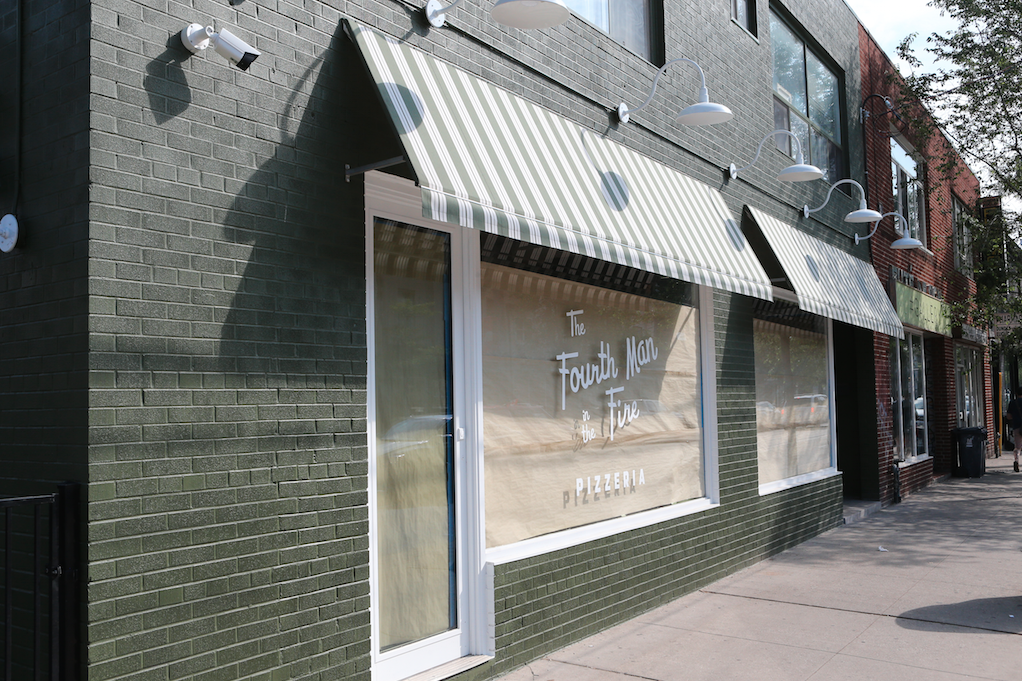 The original Burger’s Priest founder is trying his hands in a new place of worship this August with the opening of Fourth Man in the Fire Pizzeria. The new American-style pizza shop will be filling the hole Campagnolo left at 832 Dundas St. W.

Shant Mardirosian, the original owner of the biblical burger chain, took a break from the restaurant scene when he sold The Burger’s Priest to Crave It Restaurant Group in 2017. Now he’s back with a vengeance and taking on Italian-American style pizza, just across the street from other upscale pizza and wine bars like Queen Margherita and La Palma.

Fourth Man in the Fire will be serving classic 18-inch pies, accompanied by the classic salads and other tasty items like panzerottis and mozzarella sticks.

“I’ve put two years into learning how to make dough and I am skimping on nothing. It’s great pizza and the people are going to love it” says Mardiroasian.

The original Burger’s Priest wanted the new spot to stay cheap and cheerful with $3.85 a pint, and glasses of vino for only $5.

In typical Shant Mardirosian fashion, the name of the new resto is a biblical reference, loosely based on saving Torontonians from spending too much on foodie fare.

“The Fourth Man in The Fire is a story about three guys who don’t want to bow to the rule of the day and end up getting thrown in the fire. God then protects them as the fourth man. What that means for the restaurant is that I’m trying to create a place where everybody can [afford to] go out” he says.

As dining prices in the city become more astronomical every year, Mardirosian wants to make the privilege of dining-out more accessible for everyone.

“We just want to make dining more affordable for people, obviously pizza is a shareable item, so I want to create a place where a  family of four can go out and share one pie, the adults can have two alcoholic beverages each and kids can have a pop, and you’re out for $56, tax in,” he says.

Follow Fourth Man In The Fire Pizzeria at @thefourthmaninthefirepizza for more updates about their opening.