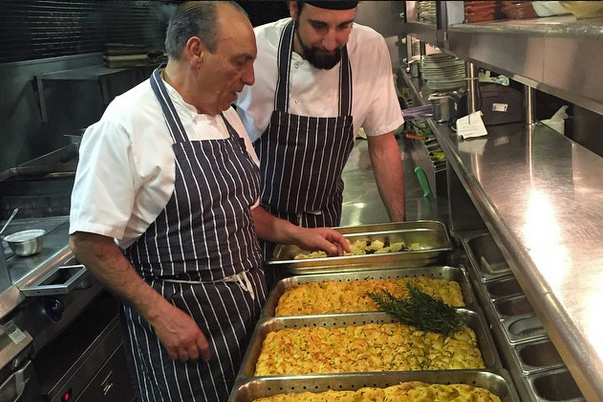 We’ve learned, via Instagram, that Frank Venditti is training to be head chef at Jamie’s Italian Toronto. Venditti’s profile still lists Bar Buca as his employer, but it’s clear from his posts since mid-February that he’s been on a cross-England tour of the various Jamie’s Italian locations there.

The joint venture between the British celebrity chef, Jamie Oliver, and the Toronto restaurant group that owns Buca was at least partly about combining Oliver’s name recognition with a deep pool of local talent. Before moving to Bar Buca, Venditti cooked at O & B properties (Jump and Canoe) and was the executive sous chef at Sassafraz.

When the deal was originally announced in June 2014, early spring this year was given as the expected opening date for the Yorkdale location. But as often happens with Toronto restaurants, reality didn’t meet expectations and the doors-open date has been pushed back.