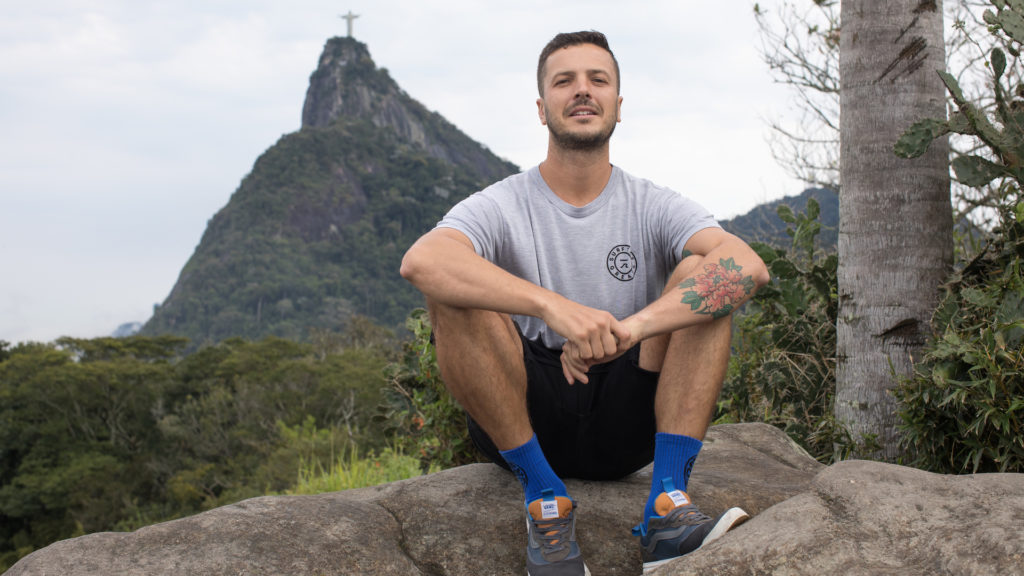 A new documentary, Fresh Water, shines a light on Brazilian surfer Antonio Lennert who would peace, love, and the surfing community of his dreams far from the ocean in Toronto.

Growing up as a queer man in a small conservative town in southern Brazil, Antonio Lennert endured bullying and prejudice throughout his youth. He later sought refuge in San Diego, where he met his partner Lucas Murnaghan, a Canadian orthopedic surgeon and underwater photographer.

The pair eventually relocated north to Toronto, and while Lennert found the people were more accepting of the LGBTQI+ community in Canada, he missed the surf culture of Brazil and California.

“Surfing has been a part of my life since I was a little kid,” Lennert says. “I have an older brother and growing up, we were raised on the beach, so my mom always jokes that I learned to surf before I learned to walk.”

While visiting his partner’s family in the Bahamas, Lennert met a fellow surfer who said he had learned the sport at home on the Great Lakes. Having had no luck on the waves in Ontario, Lennert was surprised to learn there was an entire surfing community thriving right under his nose.

After returning home to Toronto, he packed his car and drove to Kincardine near Lake Huron in search of waves.

“The swell was just starting to drop, but the waves were still coming, and I couldn’t believe my eyes,” he says. “I saw a few surfers and I was like ‘oh my god, this is real, I’m so happy.’”

Seven years later, Lennert has immersed himself in the Great Lakes surfing scene, finding acceptance and community amidst the waves.

“That day changed my whole life. The surf scene here is really friendly and welcoming,” he says. “The Canadian culture of acceptance of openness towards immigrants and different ethnicities and LGBTQ rights, I think it’s definitely reflected in the surf scene here.”

Over the years, Lennert continued surfing, enrolling in a coaching certification program with the International Surfing Association, and teaching others in his spare time. Eventually, he and his partner opened Surf the Greats, a surf shop based in Leslieville where people of all backgrounds and skill levels can share their passion for surfing.

“I feel like we are a bunch of misfits in the surf scene here. We’re all very odd in our own ways but we all found each other and there’s that immediate bond when you meet another lake surfer,” Lennert says. “You put up with a lot of really harsh weather for the thrill of riding a wave, and by doing that, those barriers are already dropped and there’s a sense of acceptance immediately when you meet someone in the water.”

Recognizing the power behind Lennert’s story, filmmaker David Kalinauskas began shooting and interviewing the surfer years ago to create a documentary about his life. The finished product, Fresh Water, is dedicated to Lennert’s partner, who passed away from cancer earlier this year.

Fresh Water is now available to view on Crave. Surf the Greats is set to reopen to the public this Friday, and Lennert says they’re also available for surf lessons.