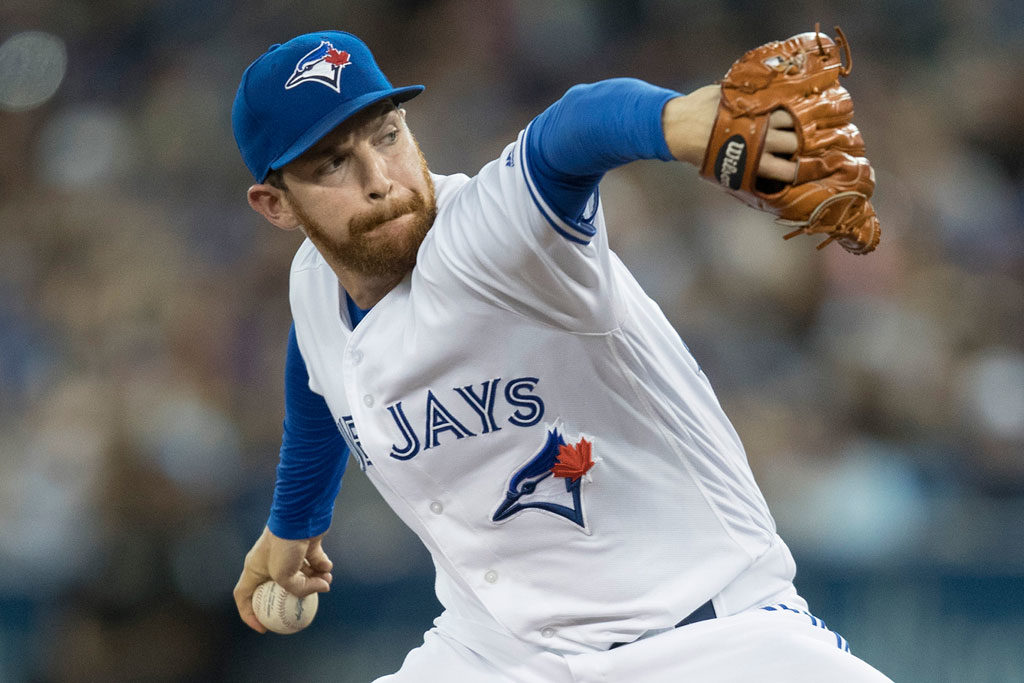 The team’s top rookie of 2017 talks Donaldson’s intensity, Gibby’s gift of the gab, secret handshakes and how the team can make it happen.

Tell me what’s it like for you suiting up for Canada’s only major-league team? It’s pretty awesome. I really didn’t know much about it coming into it. But you go on the road, say to Minnesota or Seattle, it’s pretty much like a home game. There’s way more Jays fans there than for the home team, which is pretty remarkable.

What do you think of the city so far? The city is unbelievable. Like, I grew up close to New York City and went there a lot. I feel like Toronto is a little smaller and a little nicer. Obviously it’s a very diverse city, and you can get any type of food you want, and there’s always concerts or festivals going on. I’ve never seen it in the winter, but summer is pretty cool.

And have you been able to find some favourite local spots to explore? I’ve been able to eat in a few different places, go to the CN Tower and aquarium and all that stuff. I’ve been to Kensington Market, and I’ve walked around Queen West. I don’t think I’ve seen all the different parts of the city, but what I’ve seen has been pretty cool.

So what was it like in spring training, knowing for the first time that you’re already solid on the roster?
It was definitely less stressful to be able to just work on some things, and it wasn’t like do or die all the time.

What are you most excited about heading into the new season? I think it’s just, like, obviously we had a down year last year after going to two ALCSs [American League Championship Series]. Everybody is kind of writing us off this year because the Yankees and Red Sox are so stacked. But we are looking forward to proving some people wrong,and making them eat their words.

Who are the clubhouse leaders this year? A lot of the same guys, really. Tulo [Troy Tulowitzki] has been a guy everyone looks up to. [Josh] Donaldson’s a big presence, Russ [Martin]. And then guys like J.A. [Happ] and Marco [Estrada] on the pitching staff a lot of guys look to [for advice].

Is Josh Donaldson as intense in the locker room as he is on the field? Uh, yeah.

What has to happen for the team to have success this season and get back to the playoffs? I think the biggest thing is just going to be staying healthy. I think if guys stay healthy and play how they are capable of, I think we’ll be right there. I don’t see why we can’t be in first.

How is John Gibbons as a manager? Gibby is awesome. He’s really laid-back, definitely a player’s manager. He’s approachable and easy to talk to whenever you have something you want to bring up to him. It’s awesome to have a manager like that.

What is the key to success as a relief pitcher? There’s a lot of things, but I think the biggest one is to be able to have a short memory, so when you have a bad outing it doesn’t bring you down the next few days. Putting it in the past and being able to move on quick is the most important thing.

What is your goal, closing games or starting? As far as the bullpen goes, I think everyone wants to end up closing games at some point. But that’s just a matter of pitching well — then opportunities come.

What do you guys talk about out there? I can’t say that right now.

Major leaguers have some serious handshake rituals. Who has the best one? Osuna always has a really cool one, whenever he closes a game. Me and Biagini have a thing when we’re done, but it’s a secret.

Where are you from and what got you interested in baseball? I’m from New York, a town called Manhasset. I’ve always been into baseball, and I was a big Yankees fan growing up when they had those really good teams in the ’90s and early 2000s. It was easy to become a baseball fan when you’re seeing that every day.

Who were some of your favourite players? I remember watching Mariano Rivera, Derek Jeter, Bernie Williams, all those guys.

Are we making the playoffs? I think if everyone stays healthy and performs. I think we are definitely better than anyone else in the division or the league for that matter.