From the football field to the dance floor - TRNTO.com
Skip to content 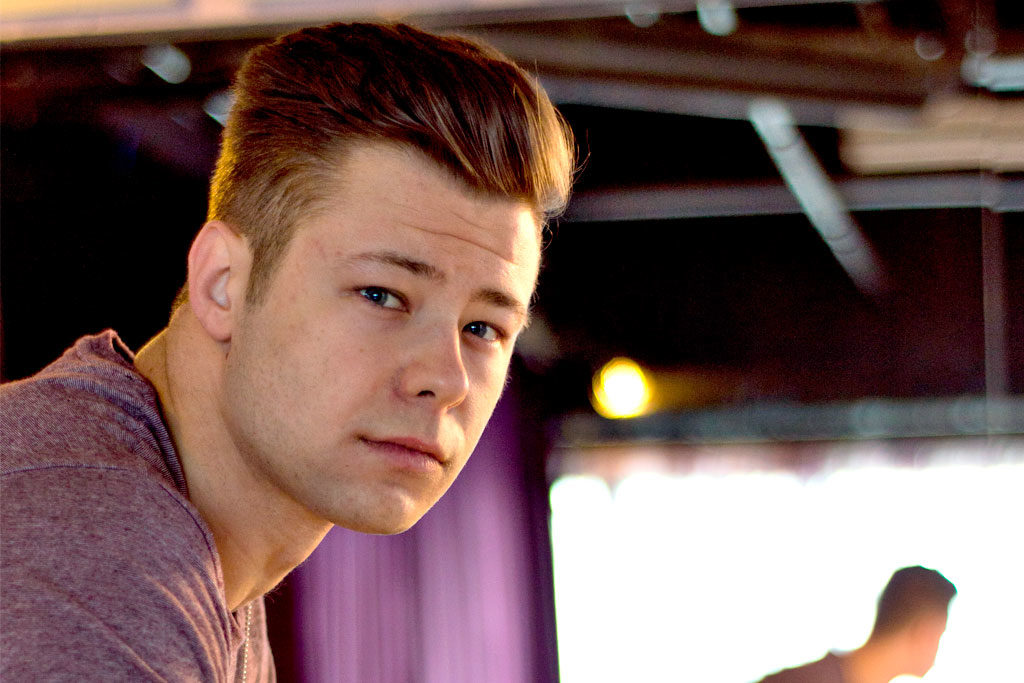 A life of sports, hard work and a bit of luck is the formula Luka Milacic-Perusina used to make his name in the world of dance.

The Lawrence Park Collegiate grad recently competed on NBC’s World of Dance, where Jennifer Lopez is both a judge and executive producer.

Dance became a part of Milacic-Perusina’s life when, at age 10, he trailed his mother to a few of her dance practices.

After the first few tangos and cha-chas, his mom had him placed in a few lessons of his own. At the time, he didn’t think much of it.

“It wasn’t my passion in the beginning, but it was something that I liked doing a lot,” he says.

As he prepared to start high school at Lawrence Park Collegiate Institute, only one thing was on his mind — sports.

At six feet, three inches and 210 pounds, Milacic-Perusina was a great addition to the rugby, football and basketball teams at the school, and although his physical traits were inconsistent with the typical body type of a track and field athlete, he did that as well.

Then in Grade 11, Milacic-Perusina met his present dance partner, Jenalyn Saraza-Pacheco, and realized sports could become a hobby, rather than a full-time commitment.

“At first it was all about school and being on the football team. I really tried my best for those first two years to have school spirit and fit in,” says Milacic-Perusina, “But then I just realized that I wanted to do my own thing.”

His own thing transitioned from ballroom dancing to pro cabaret before welcoming their new style: “We are just Luka and Jenalyn now,” Milacic-Perusina says.

Their uniqueness saw them travelling North America for competitions and championship titles throughout high school.

After graduating from Lawrence Park Collegiate, Milacic-Perusina used the discipline learnt from his time as a high school athlete to be successful in his art.

“The athleticism I gained from playing sports helped me in a lifestyle that is athletically and physically based,” he says, “It helped me with training so much.”

That very work ethic proved beneficial when he and his partner won an amateur world championship in 2014 and finished fourth at the Blackpool Dance Festival in 2016.

Now in 2017, they stand resolute as the only Canadians who competed on the first season of NBC’s World of Dance.

Their original style defined by riveting and extravagant routines landed Milacic-Perusina and his partner a spot on the World of Dance Live tour, leaving people across North America to marvel at their performances.

“Touring with WOD was cool because you meet so many people,” says Milacic-Perusina. “You go, do your thing, meet fans and see the cities you perform in.”

Their last leg of the tour took place across three cities in California during the last week of November.

Of course, it is only natural now to look ahead.

Milacic-Perusina, bound by confidentiality and uncertainty can’t say what is next. But he says that they are “looking forward to the next opportunity to make a big jump.”

In the meantime, he is continuing his studies at Ryerson University where he is enrolled in the sport media program.