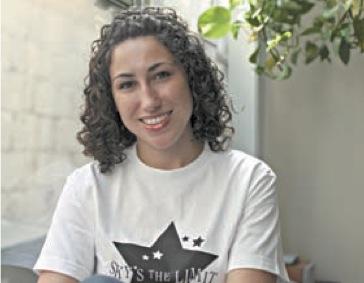 WHAT SEEMED LIKE an unfortunate event in the life of Rema Tavares would actually be an opportunity for her to find her life’s calling.

In 2007, Tavares’s graduate program in neurolinguistics was cancelled, and she felt lost and uncertain about her future.

“The one thing I knew,” says the local resident, “was that I wanted to work in the not-for-profit sector.”

After calling her cousin Lara Tavares, who is the founder of Sky’s the Limit, she packed up and moved from a small town outside of Ottawa to Toronto. She became the project co-ordinator for the group, which raises funds to buy refurbished computers for under-resourced youth.

“There’s a term that comes around these days called ‘digital divide.’ It refers to the polarization of society into two groups: those with access to technology and those without,” says Tavares, 26.

The mission of Sky’s the Limit is to help eliminate that divide and provide young people with the computers they need.

“Most of these kids cannot even afford the Internet, let alone a computer,” Tavares says. “This is a huge challenge as most schools assume kids have computers at home and ask they do homework and research on their home computers.”

“ My favourite part is definitely seeing how excited they are when they get the computers.”

Sky’s the Limit purchases refurbished computers from IBM and distributes them through their partner organizations. While these computers are considerably more affordable, choosing refurbished computers also has positive environmental impacts: reducing the carbon footprint by avoiding the amount of fossil fuels necessary to manufacture new computers as well as diverting used computers from landfills. And while it is important to Tavares to be part of an environmentally conscious organization, it’s the impact that Sky’s the Limit has had on youth that moves her.

“My favourite part is definitely seeing how excited they are when they get the computers,” she says. “Most of them have never received an expensive and big gift before.”

Being able to take part in delivering the computers continues to be the most powerful part of Tavares’s job.

“Going into the students’ homes and seeing where they live and how they live definitely brings you down to earth,” she says. On one day, Tavares delivered computers to a home in Regent Park.

“All the power was off, and there were no emergency lights in the building,” she recalls. “It was completely dark and almost impossible to deliver the computers. All I could think about was that this is the kind of thing these kids go through on a daily basis. It’s so easy to not even think of it.”

Outside of her time with the organization, Tavares enjoys playing soccer, painting and reading in her North York home. She spends a lot of time with her family, who are all involved in Sky’s the Limit.

Tavares isn’t going anywhere anytime soon. She seems to have stumbled upon her destiny and says she sees great things for her future at Sky’s the Limit: “We have already delivered our 1,000th computer and are working toward 2,000 sometime this year,” she says.

Post City Magazines salutes Rema Tavares for diverting computers from landfill to give to local students.