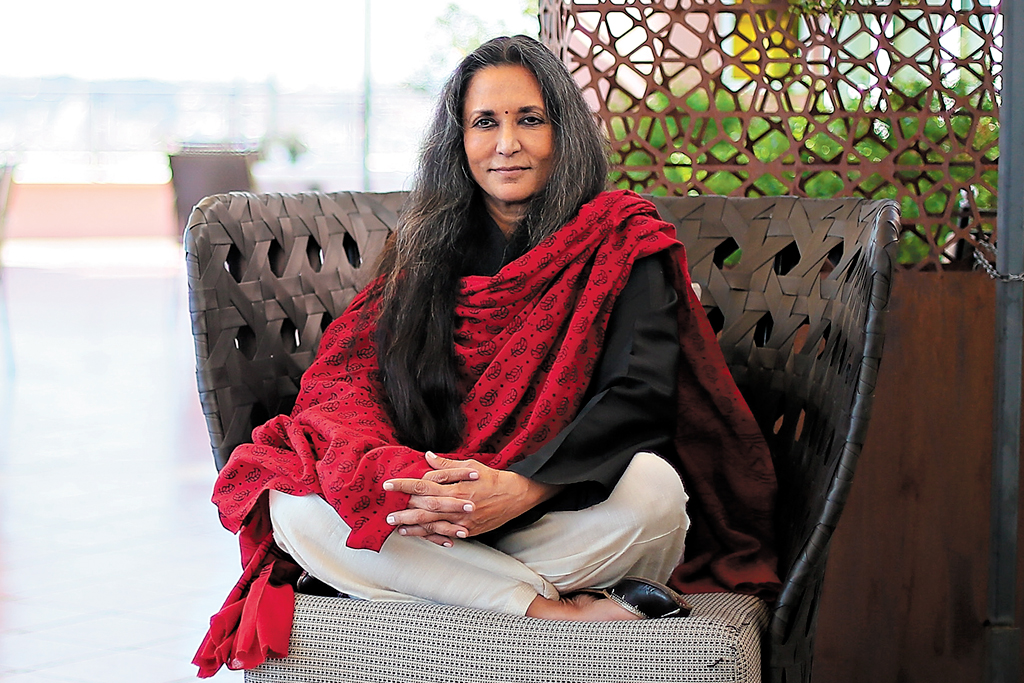 Thank you for the gift of a new movie amidst a pandemic. It’s fantastic. How are you feeling about releasing new work in the middle of all this?

I’m actually quite excited. Maybe I’m a sucker for punishment. But I think it’s, like, it feels really good because it’s been such a difficult year. And whether it’s a pandemic, whether it’s American elections or the world falling apart, and suddenly, there’s this film, which is based on a book called Funny Boy, by Shyam Selvadurai, which is about love. And you know, that feels like a good thing. I feel positive about that.

When was the first time you read Funny Boy, and what were your impressions back then?

I remember reading it when it first came out, and that was what 24 years ago, and loving it. And thinking, My God, this is going to make a wonderful film. It’s from southeast Asia, from Sri Lanka, and Sri Lanka is next door to India. There is so much cross-cultural stuff that happens between south India and northern Sri Lanka that it just felt like the terrain I knew. So I immediately rang up and asked if the option to make the film was available. And it wasn’t. It had been scooped up already.

Oh no, so it took a while then?

I said, OK, well, too bad. And then I forgot about it. I’ve always admired the book, and I was always waiting for the film to be made because I think that maybe it was optioned three or four times by very big directors. But somehow, maybe my name was written on it, as years later, I got a chance to do it.

And what was it about this story that moved you?

I think different things moved me earlier. But I think it moved me this time around because it really reflected the world we live in today, which is a very divisive world where things are being changed radically, where we have nationalist populist governments that are bent upon dividing more than building bridges. And for me, the book now feels more about the oppression of minorities, whether it’s sexuality, or whether it’s race or culture, and it feels more relevant now.

Are you hoping this film opens up a conversation about what is still considered a taboo in some places?

You know, I don’t make films because I feel that I have a great message to impart to the world, but I do make films about subjects that arouse my curiosity. But yes, art is a hammer, and I remember Toni Morrison saying that all art is political. I really do believe that, in some form or the other, it is true. When I was making Fire, I wasn’t making a film about trying to educate the people of India about the fact that lesbians exist in India. It was about that love can exist and should be able to exist between men and men and women and women. And of course, the fallout was that there are actually no lesbians in India. Can you imagine?

But it did change things.

The ones who trashed the movie all had something to prove, which was that their voice was the right voice. What we forget is that discourse is important. And if there is a voice, they have a right to that voice, but when women in droves came out carrying placards saying I’m a lesbian, I’m an Indian, that too is a voice. So then we have a discourse. A one-way discourse is not a discourse.

One of the central themes that you see in the film is the importance of tolerance and compassion. Why?

It is definitely a central theme of the novel. The novel is about building bridges between communities. It is about the lesson of a really traumatic and a very difficult time that the Tamils had during the Civil War. It is the oppression of the other. Homosexuality is still, I think, a criminal offence in Sri Lanka. You know, you have that. And then you have what is allowed and what is not. Who is the minority and why are they treated badly? Why can’t we have equal voices? Why do Proud Boys in the United States exist even? We just don’t do that kind of inequality. And that, for me, is an anathema. And I find it very disturbing. And what’s great, I think, about Shyam’s book, and I hope what the film manages to convey, is that compassion and love are equally, if not more important if we have to build the bridges of solidarity.

Now, you have called this a quintessentially Canadian story. Could you explain what you mean?

I’m very curious about that. For me, it’s as an immigrant who came to Canada as an immigrant and then became a Canadian citizen. You know, what is Canada all about? It belongs to, rightfully, to the Indigenous people. It rightfully belongs to the people who came later whether they were yellow, white or pink or different races. And what I love about Canada is that it has a really solid desire — I don’t know if it’s completely fulfilled, but at least it has the desire — and it really does believe in inclusion, you know. We try very hard to embrace diversity. And I think it will take time, and it isn’t there completely. But that’s what makes it quintessentially Canadian for me, because it reflects a story of a people that have come into this country to make it their own.

Do you get a perspective that only comes from being removed and coming to a country such as Canada, which gives you that kind of time and separation to look back and tell that story in that way?

I’ll say this in a different way than you have. If India has given me its stories to tell, because all of my films have been about India or most of them have actually been about India, Canada gives me the freedom to express them. Right. So I think even in Shyam’s book, and the film subsequently, is that Canada does give you the freedom to express a story that is quintessentially set, in this case, in Colombo. And the idea is here’s the story, let the discourse begin. Let the people who own the narrative be heard — whatever the problems are or whatever their adoration is, they need to be heard. And that’s the exciting thing about doing a film like this.

What are you hoping audiences take from the film?

Well, my father was a film distributor in India…. When I told him I wanted to be a filmmaker, there was dead silence. And then he said, “OK, if that’s what you want, then do it. But know two things.” And I said, “What are they?” And he said, “Well, in life, you never know when you’re going to die. And the other thing you will never ever know is how your film is going to be received.” So that’s actually very good advice. Just create. Of course, we want our films to be loved by everybody, but the reality is, you don’t know. Right? And so always my expectations have been limited by my father’s wise words.