Future of local heritage home still up in the air | TRNTO.com
Skip to content 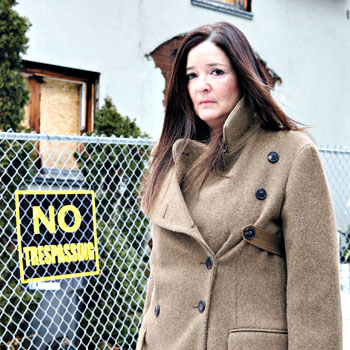 While last month Toronto City Council rejected an application to demolish the historic home once owned by Maclean’s magazine founder John Bayne Maclean, the current owner of the property has made an appeal to the Ontario Municipal Board (OMB).

The Georgian Revival home at 7 Austin Terr. was built in 1910 by architect John Lyle, who also designed Union Station. John Todd, president of 1626829 Ontario Ltd., plans to build a rental unit and eight townhouses on the site. Coun. Joe Mihevc confirmed that Todd has appealed to the OMB, though no date has been set. “We have a very strong case,” said Mihevc. “Even the province has weighed in on the importance of this property.”

Mihevc said Todd first applied for a building permit in the fall of 2009, which is needed before a demolition permit can be granted. Regarding the application, Mihevc said the developer cited that only minor changes would be made. The permit was granted without any red flags being raised.

Dyan Kirshenbaum, an Austin Terrace resident, said around the same time, the owner took an additional step to destroy heritage value. She said workers started removing heritage elements of the house, such as a portico and sashes, without a demolition permit. “They did not get that the history around the building was even more important than the actual structure of those pieces,” she said. “They didn’t even try to understand what it is to be in a neighbourhood with history.”

Locals notified the province and the city about the destruction. The minister of culture issued a stop order in December 2009. In January, the home was placed on the city’s inventory of heritage properties, meaning the owner must receive city approval before heritage elements can be demolished. According to Mihevc, the designation is key in the argument that will be presented to the OMB in support of preserving the building.