Garden suites could be coming to Toronto | TRNTO.com
Skip to content 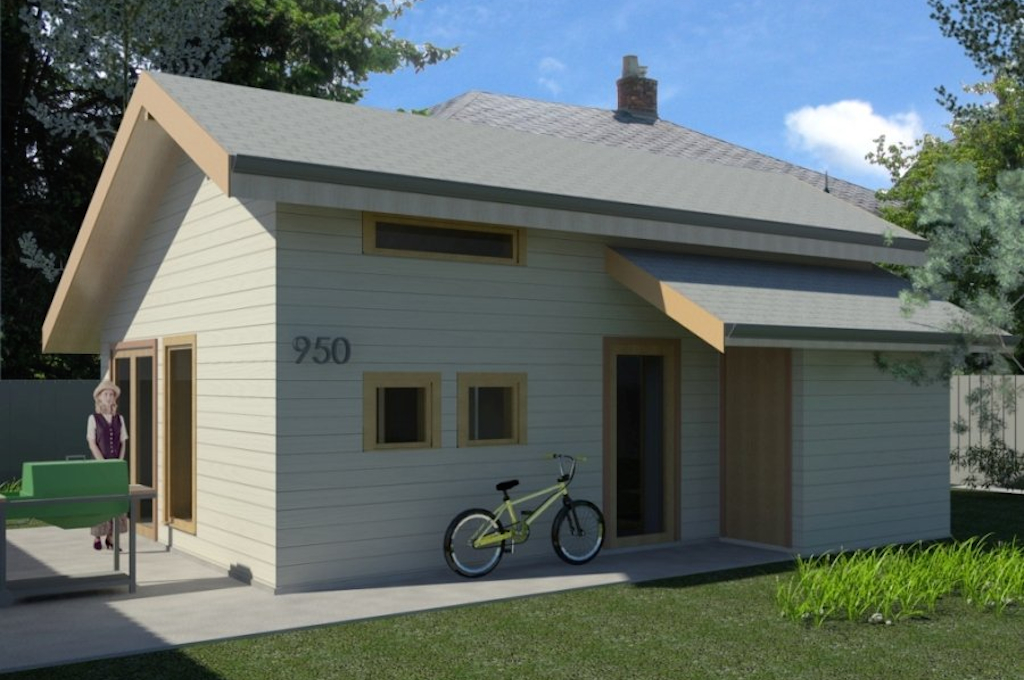 The city’s planning and housing committee met this month to discuss implementing a new bylaw legalizing the construction and renting out of garden suites. Several homes in the GTA already have such structures such as carriage or coach houses as part of existing properties, and the new bylaw would allow for their construction.

The city endorsed the review with recommendations to staff to come back in the second quarter of 2021 with policy options that would need to be approved by Toronto City Council to permit garden suites in the city of Toronto as well as a plan to grandfather in existing garden suite and coach house dwellings.

It is one more tool in an effort to create more affordable housing in the city along the same lines as the recent push for laneway suites.

Advocacy group the Laneway Project works to maximize the use of existing spaces by turning them into living quarters, but not everyone has a back laneway with a structure feasible for such suites.

Michelle Senayah, executive director of the Laneway Project, sees an opportunity in the use of garden suites as affordable and accessible housing. More than that, Senayah stresses the importance of neighbourhoods offering a patchwork of housing options.

“I live in Little Jamaica, and it’s a mix of apartments, single-family homes, walk-ups, basement apartments and various other types of housing all coexisting. It’s what makes the neighbourhood so vibrant and it’s essential to the community,” she said.

Toronto banned the use of garden suites as housing in the 1950s. Senayah attributes the decision to outlaw the suites as a reflection of 1950s urban planning.

“Urban planning in the 1950s was very segregated,” she explained. “Everything kind of had its place, and nothing was ever mixed. Some good came from segregating buildings — you wouldn’t want a tannery next to a daycare — but our city is very different today than it was in the ’50s.”

Other cities across Canada have recently legalized garden suites, including various cities in British Columbia as well as Ottawa in Ontario. Senayah said that those who might oppose Toronto making such a move are likely only doing so out of fear of change.

“I think a lot of people are hesitant to change. Many of these [garden suite] structures already exist; they’re small in scale. We aren’t talking about massive highrises,” she explained. “I don’t want to detract from anyone’s valid concerns, but I believe a lot of those fears can be readily addressed.”

In cities across the globe, those opposed to the construction and use of garden suites have cited concerns that suites may turn into low-income housing, but Senayah pointed out that the construction of a garden suite is an expensive endeavour that would require a return on investment and notes that bylaws would be in place to ensure any new construction fits the current landscape of a neighbourhood.

“The average cost of building a new garden suite is $250 per square foot,” Senayah said.

She said a good use of garden suites is by seniors seeking to live independently in a neighbourhood they’re familiar with or by younger people who cannot afford single-family or other currently available housing options.

“Garden suites allow seniors to remain in their neighbourhoods,” Senayah said. “If a senior has outgrown their home, for example, they may choose to build a garden suite and rent out the larger home.”

Overcrowding in neighbourhoods is another reason why some people are opposed to garden suites as housing options, but that may not be a valid concern in most Toronto neighbourhoods. Through research in collaboration with Ryerson University, the Laneway Project team discovered that many resources in several communities are underused.

“Libraries and community centres in many of these neighbourhoods aren’t being used to their full potential,” she said.

Senayah wants to get people used to the idea of different housing types being essential to a city’s survival.

“Single-family homes and condos are nice,” she said, “but if we don’t start developing new housing tools that help us add a wider variety of housing to our neighbourhoods, our city will become a museum.”