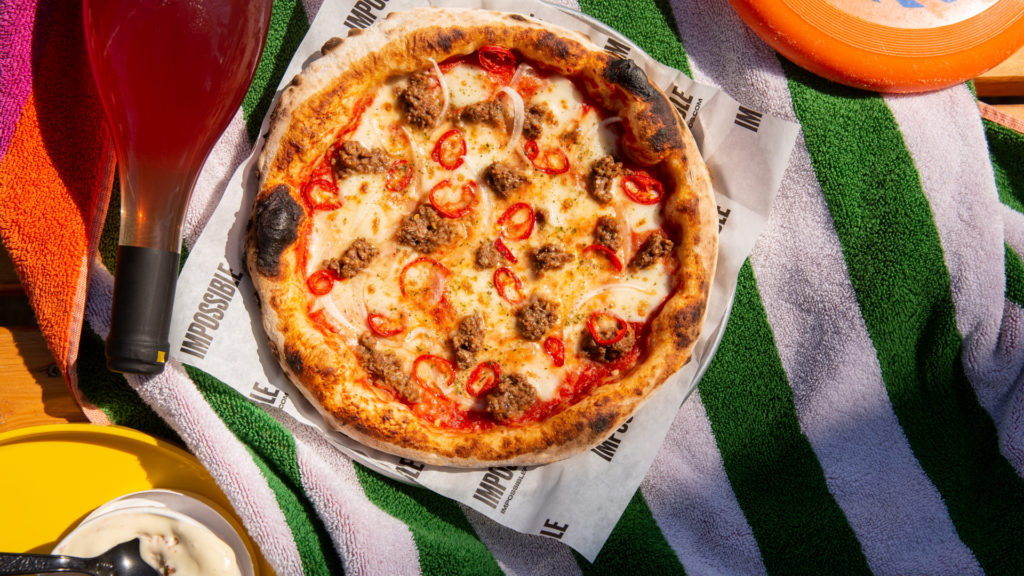 General Assembly is bringing a pizza pop-up to Harbourfront’s lakeside patio the Slip. The partnership blossomed after Slip manager and VP Gerardo Diaz reached out to GA to see if they’d be open to selling their frozen pizzas at one of Boxcar Social‘s numerous GTA locations.

You can now sit and enjoy a fresh General Assembly pizza on the Slip’s newly opened patio, or take one of seven available kinds to go, including pepperoni, mushroom, Margarita, vegan Margarita, Sweet Heat, and the vegan-friendly Impossible Meat pizza.

General Assembly uses naturally leavened dough and hand-crushed sauce to make all of their pizzas. They’ll be able to maintain the texture of their signature crust thanks to the Slips’ outdoor wood-burning oven. Their popular Sweet Heat pizza features tomato sauce, fresh mozzarella, pecorino, hot salami, chili, honey and basil, while the Loving Cup is made from tomato sauce, grass-fed mozzarella, parmesan, ezzo natural pepperoni and wild oregano.

In addition to their partnership with General Assembly, the Slip is set for a major expansion this summer. Socially distanced picnic tables have replaced the banquette seating on the Harbourfront concert stage, leaving a capacity of 400, which will double to 800 as restrictions loosen.

The Slip will also be expanding their beverage offerings to include a spritz cocktail menu, as well as a curated offering of low intervention wines imported by Context Wines.

With patio reservations around the GTA filling up due to capacity restrictions, the Slip is set to be a popular destination for those wanting to cool off with a drink and a slice next to the water this summer. Don’t forget your sunscreen!