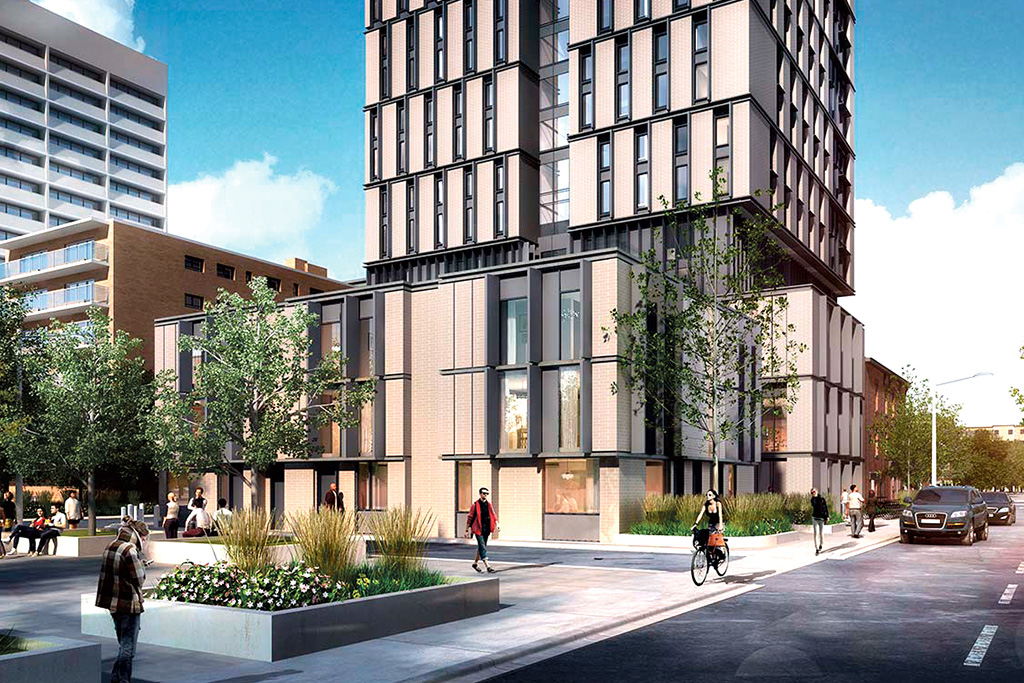 Work has begun at Robert Street Field in Harbord village that will see the installation of a geothermal system that will provide energy to a future university residence building before the site is rehabilitated into an expanded playing field and community green space.

In 2014, the University of Toronto announced plans for a 550-bed university residence at the corner of Sussex Avenue and Spadina Avenue, aspects of which were opposed by the community.

“U of T wanted high buildings, and there were problems with where the student entrance was,” said Nicholas Provart of the Harbord Village Residents Association (HVRA). “It was supposed to be on Sussex originally, which the community wasn’t wild about, having all these undergrads congregate on Sussex. So U of T came back with a plan where they moved things around: the entrance would be off of Spadina, but they still wanted to destroy the heritage building, so the community had a problem with that.”

An application for rezoning was submitted and was opposed by the city and HVRA. The matter went to the Ontario Municipal Board before a negotiated settlement was reached where the university would construct a residence for 511 students and expand a playing field and add green space on the corner of Robert Street and Sussex Avenue for community use.

“It’s bad that it had to go to mediation, but I think the outcome will be very beneficial to the community once the dust settles, once construction is finished and the park is created,” said Provart.

The university is currently drilling test boreholes as part of the installation of a geothermal heating system.

“Right now there is an old field house, which was built in the ’60s so that is pretty derelict right now. And that’s coming down. There’s also two tennis courts that are at the corner of Sussex and Robert that are also kind of derelict,” said Provart. “So that’s coming out, and what’s going in is a nice green space, a few play structures for kids, for small kids, pollinator gardens, a shaded area for people to sit in.”

Provart said the green space is expected to be done by summer and that the green space needs to be completed before construction of the nearby residences can begin as per the mediated settlement.