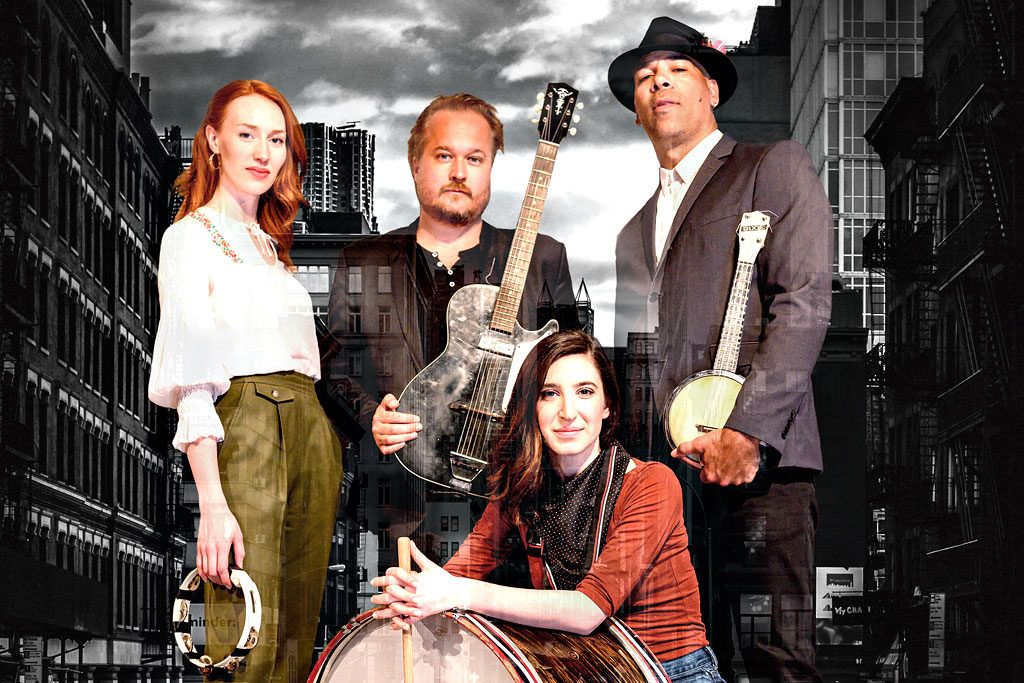 Just in time for the creepy season comes a theatrical concert called Ghost Quartet, which features four outstanding musical talents unravelling four interwoven stories. These range from a retelling of Edgar Allan Poe’s “The Fall of the House of Usher” to a warped fairy tale involving two sisters, a tree house astronomer and a lazy evil bear.

“It’s like, a multi-dimensional time warping song cycle about whisky drinking, past lives, mistakes and love,” says Andrew Penner, one of the show’s stars, who also arranged the music. “It’s a real time warp, head screw, you know? In the best kind of way.”

Ghost Quartet was created by American playwright and composer Dave Malloy. It premiered off-off-Broadway in 2014. The original 2015 off-Broadway production was nominated for a Drama Desk Award for Best Musical.

It is unconventional in the best sense of the word. And it seems safe to say the production is a theatrical cousin of otherworldly song cycles such as Soulpepper Theatre’s recent hit Spoon River.

“There is nothing conventional about this show,” says Penner. “It’s not a musical or a play. More than anything, it’s a concert with story and drama but all based out of the songs. And the songs range from rock ’n’ roll to old rusty, dirty folk music to jazz to avant-garde classical to ukulele music.”

According to Penner, who is also a member of the band Harrow Fair and his own Sunparlour Players, says that director Chris Abraham has been wanting to put on this production for some time. And the key was finding the right people.

“We took our time because we knew that basically we couldn’t do the show if we didn’t find three other killers, because that’s the show,” says Penner.

“If we don’t have four people who can play their asses off and sing like that, you’re not going to have a show. We took our time and we found them.”

Completing the Ghost Quartet are Hailey Gillis (star of Soulpepper’s Rose), Kira Guloien (Doctor Zhivago on Broadway) and multi–Dora Award–winning actor and musician Beau Dixon (Soulpepper’s Ma Rainey’s Black Bottom).  All of the characters also play a variety of instruments that reflect the unique nature of the performance.

“We needed a wide palette to work with, from ’80s synth to old rickety pianos plunking away these huge epic ballads and drunken dirges,” says Penner.

“The music at times is so fun and catchy that you forget how creepy it is, but there is definitely like an old horror aspect to it,” Penner explains.

“There is everything from Hitchcock to Stanley Kubrick’s 2001. There is a very awkward creepiness, especially how it moves around in time.”