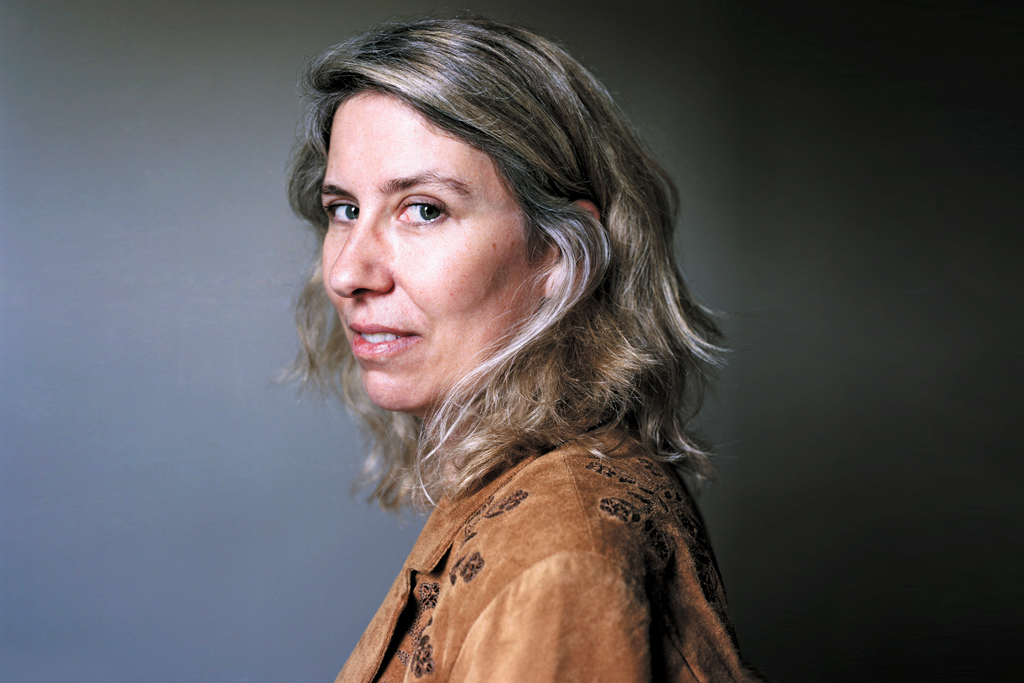 Gil Adamson, author of Writers’ Trust fiction prize shortlisted novel Ridgerunner, wrote her first poem when she was six or seven at the encouragement of her teacher, and that sparked her love of writing.

In high school at Oakwood Collegiate, Adamson says she was on the swim team and did choral music in her school’s “exceptionally good” music department and ended up pursuing music at the University of Toronto.

In university she worked as a summer student at Coach House Press where she met her now husband, poet Kevin Connolly. Connolly was running an independent literary magazine called What!, and when they started dating he asked Adamson whether she was a writer.

“I sort of admitted I was. He said, with some trepidation, ‘Can I see some of your writing?’ And that’s a scary situation because what if I’m terrible or what if he doesn’t like it?” she recalls. “But he did like it, thank goodness, and his pushing really changed my mind about things. The encouragement of someone you respect goes a long way.”

Adamson says, before that moment, she was mostly writing for herself.

“I was very serious about it, but it was private,” she says. “Afterwards I thought, this is something I have really always wanted to do but never gave myself permission to do.”

She approached the task of writing as a career by essentially just seeing if she could do it. She wrote a lot of poetry, enough that she eventually selected a collection of them to publish in her first-ever published work, a volume of poetry called Primitive.

When it came to writing her first novel, The Outlander, Adamson says she started with a poem.

“What I did was take a poem out of my second collection of poetry, which is like a point form biography of a woman, and I just used that as an outline. So I really didn’t know until I got, let’s say, about halfway into the book that I really did have a novel here,” says Adamson about how the novel took on a life of its own.

When it came to the sequel, Ridgerunner, she wrote the book sequentially, scene by scene.

“There was always the worry that I had one novel in me, and that was it, and that would have been OK,” she says. “But there was so much enjoyment and it was so enriching for me to write a novel that, of course, I wanted to try again.”

After Adamson did a reading from her first book in Alberta, she overheard a reader commenting on what the main characters would be like as parents.

“I knew exactly what they would be like as parents, but what interested me was what the child would be like,” she says. “And that is where the idea for the second book came from.”

When Adamson found out Ridgerunner was shortlisted for the Writers’ Trust fiction prize, she says she was over the moon.

“It makes me feel like it was worthwhile writing the book, but it’s also good for my publisher. I know how much work goes into a book. They really care about it and they are taking a risk as well.”

The Writers’ Trust prizewinner for this year’s best book of fiction will be announced on Nov. 18 at a digital event and the winner will receive $50,000.