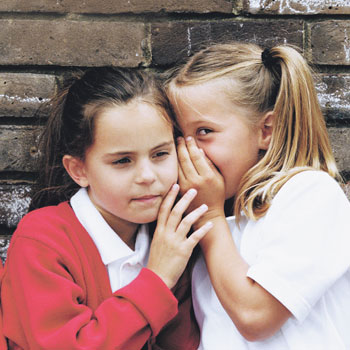 I went to see the movie Bully at the Varsity and was shocked — not by the movie, but by the empty seats all around me. Everybody knows bullying is an issue for kids, but we don’t go see the movie … or do anything about bullying — because we feel hopeless and resourceless.

Let’s fix that! Now! And let’s start by pulling the veil off girl world. Girls are struggling with that which is most important to them — their relationships — and we’re not helping … yet. A great place to start is the new documentary Finding Kind. Get your daughter’s school to screen the movie and use it as a springboard for unwinding the twisted troubled skeins of girl world.

The movie describes girls’ cruelty to girls, which affects all girls. One of the filmmakers talks about her friends at middle school: “One day they just turned on me.” There followed two years of being afraid to go to school, “telling my mom I wasn’t feeling well.” She’s a hot blond now, and was then too. Which goes to show you it can happen to anybody. Girls end up sitting alone at lunch (because they move away from you when you sit down). Girls get told they’re sluts, or they need liposuction, they’re wearing the wrong thing. Then they ask themselves: “What’s wrong with me?” They try desperately to break in.

Girls can go from BFF to bloodbath in the blink of an eye, and you never know why they turned on you. Even the pretty girls are insecure … it’s tough to be at the top because you always worry about being de-throned.

In the movie we hear girls and women describe all this. We see their tears. They articulate how girls keep score … for years. It’s secretive, when you’re mad at someone you go to other friends and gossip about them, whereas guys get mad, get over it and move on. Girls do this because we find and define ourselves, literally, in our relationships, and relationships are thus the arena where we enact everything, including our aggression. Girls are still socialized not to say angry things; so instead of talking it through when we’re mad at a friend, we use that which matters most to us — friendship — as our weapon.

We do anger via ostracism and cruel gossip because we don’t know how to say: “I’m mad at you … you let me down.”

We vie for power that way too: In the movie, a grown-up queen bee says: “I was a cheerleader and I felt like I owned the school.… I really dished it out.… If they did not have social status, me and my friends … made fun of them.” This is social contagion. A queen bee shuns a girl and everyone else follows suit, lest they too be shunned.

The scope and intensity of girl world cruelty is greater now than ever before, thanks to two factors: the movie blames the media for sexualizing girls and showing girl-on-girl violence, which influences girls to compete against each other. Your worth (and hence your place in the social hierarchy) is based on what you look like, how thin you are and what you wear. That is a recipe for disaster. The second factor is the Twitterverse, cells and Facebook: 24/7 communication — minus a face-to-face encounter — desensitizes girls to the power of their messages. Cyber world seems unreal to them, so their inhibitions shrink.

So what’s the solution? In the movie, Queen Bees and Wannabees author Rosalind Wiseman says: “A real apology is transformative … you cannot have justice in a relationship without being able to acknowledge what you have done that has wronged the other person.” We see girls write personal apology cards in a group session. They speak their apologies aloud in the group. They speak them to the girls they wronged. There is the catharsis of tears.

Talk is the only answer. Girls desperately need to learn to speak their feelings instead of acting them out — and that depends on grown-ups’ help. Get your daughter’s school to screen Finding Kind. And start the healing conversation.