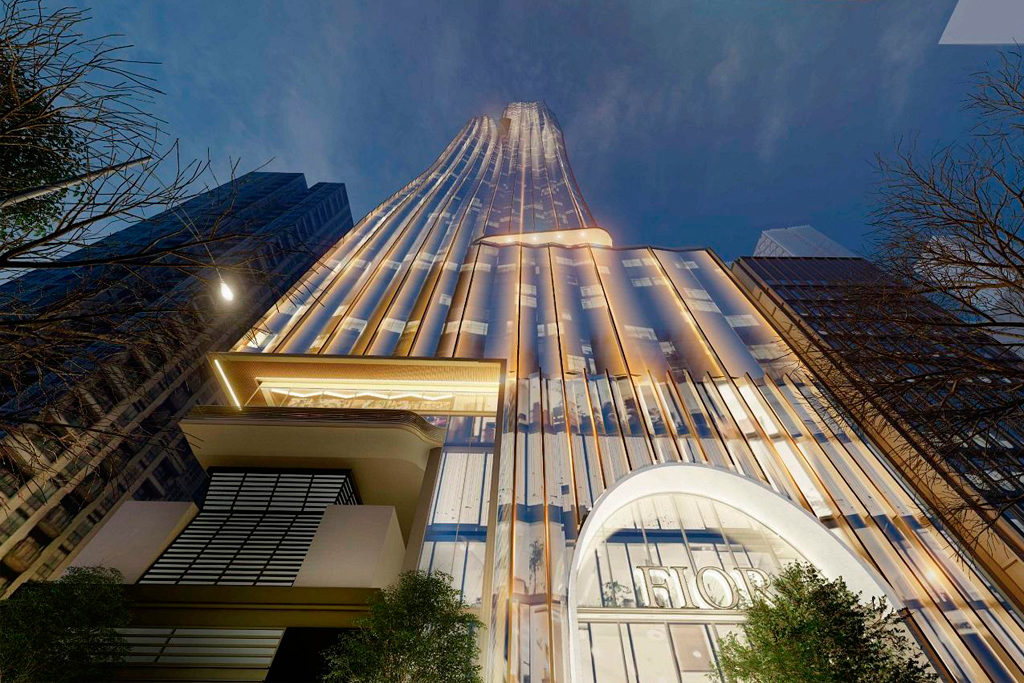 Given the state of Toronto’s condo market these days, you might be forgiven for thinking that every new development is set to be built out of gold. As it happens, one of the latest mega-projects to be announced actually looks like it is.

Currently the site of Harry Rosen’s flagship location and head office, 80 Bloor St. W., is the subject of a new development application that would make it one of the most significant condo projects in the city.

The current proposal calls for a 79-storey mixed-use tower that will include 1,430 residential units that rise above Harry Rosen’s existing retail and office space, which will be retained in the new development. There will also be a direct entrance to the Bay subway station.

While there is limited parking allotted for in the plans (172 spaces), there will be 500 bicycle parking spots.

Renderings of the new development, designed by Giannone Petricone Associates, show a gold building that would distinguish itself from many of the glass towers currently proposed or under construction in the immediate area.

Worthy of note, this would not be Toronto’s first gold-tinted building. The iconic Royal Bank Plaza – built in the late 1970s – is actually gold-plated and looks like it may have posed at least some inspiration for the design of this new tower.

Yorkville is one of Toronto’s foremost neighbourhoods for major condo projects thanks to its central location and easy subway access.

Should it be approved by the city, this new condo will join a surge of redevelopment in the area that includes Cumberland Terrace, the Project at Avenue and Yorkville, Holt Renfrew’s $400 million expansion, and The One, proposed to be the tallest building in the city once completed.

None of them, however, are gold. This development might just stand out from the crowd.