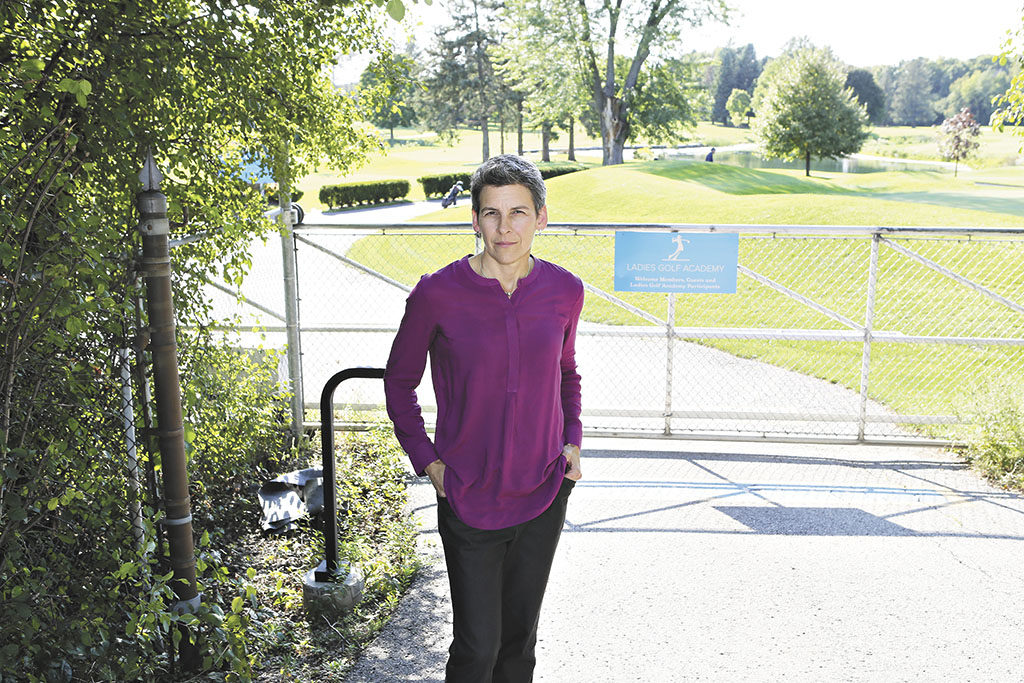 With a new 2.6-acre condo development slated to be built over the ninth hole of the Ladies’ Golf Club of Toronto, community leaders are worried about the decreasing amount of green space in the area.

In an effort to mitigate yet another intensification project, residents were hoping that the proposed project would bring with it a new green space running around the development, which would connect two of the city’s major path systems.

“Because of where the land is situated, it is a once-in-a-lifetime opportunity for the city to connect the Pomona Mills Park path system with the Royal Orchard path system,” said Mia Poscente, president of Royal Orchard Ratepayers’ Association (RORA).

Poscente was hopeful the city would embrace this idea that would help alleviate some of the green space issues facing this neighbourhood.

“We’ve been made aware of that proposal, but unfortunately, we will not be able to do that,” said Justin van Dette, Tridel’s community relations director. “It will cut through private property.”

“This is a piece of green space that we did not anticipate being developed.”

Although a small park is included in Tridel’s plans, it is a minimal solution to the problem of green space in the area, in the eyes of RORA.

“We do not like the idea that the golf course sold a piece of its land,” said Poscente. “It is a vital piece of green space, home to trees, animals, birds and insects. It is part of a bird migration path, so the whole green space there is crucial to our community.”

Developing on this land also exacerbates the traffic pressure that already exists in the area.

“This is a piece of green space that we did not anticipate being developed,” said Markham Ward 1 councillor Valerie Burke. “The intensification is to happen along Yonge Street.”

Tridel has made it clear that it is working closely with the community to minimize the impact of this development on traffic congestion.

“We are concerned with traffic as well,” said Paul Bussiere, the general manager of the Ladies’ Golf Club. “So anything the city can do to improve traffic would be fantastic.”

Burke has been on the side of the residents from the beginning.

“My preference as a resident and a councillor is that I would have the Golf course left alone, but that’s not the reality,” said Burke.