Goodbye penny, it was nice knowing you (but not really) | TRNTO.com
Skip to content 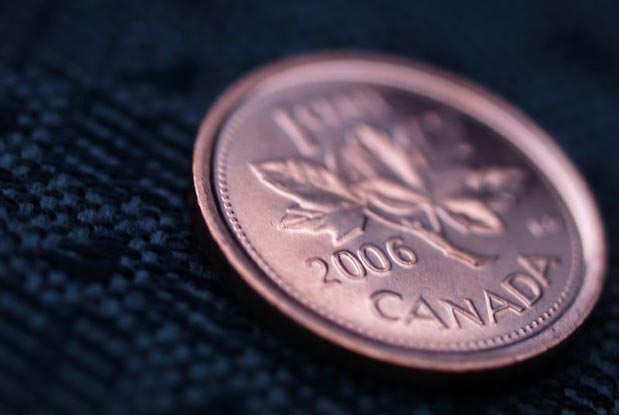 Today the plug was pulled on “Penny,” the Canadian one-cent piece, but her body will lie in repose for viewing, indefinitely, on top of dressers and in kitchen drawers country-wide. Born 1858, Penny Moneypenny (spinster) was 154 years old when she was struck, for once and for all, by a large machine at the Royal Canadian Mint in Winnipeg last spring.

There were two sides to Penny. We all know she wasn’t worth her weight in copper. To put it economically, Penny was no longer making cents. A perfectly minted penny cost 1.6 cents to produce, with not much of a resale value (except for that one time).

Penny was abundantly frugal, and many could take her or leave her. She weighed everyone down, and she was always upping the ante just ever so slightly. Despite her annoying tendencies, everyone always said she was, to coin a phrase, pretty as a, well, you know. But now that Penny got rolled, we are doomed to be nickelled and dimed to death.

Being Penniless leaves the maple leaf as the main subject of no Canadian coin. (That’s one less thing for Canadians to put maple on.) The good news is that the value of your thoughts has just gone up by 500 per cent.

Penny’s epitaph: Never more will she be pinched.