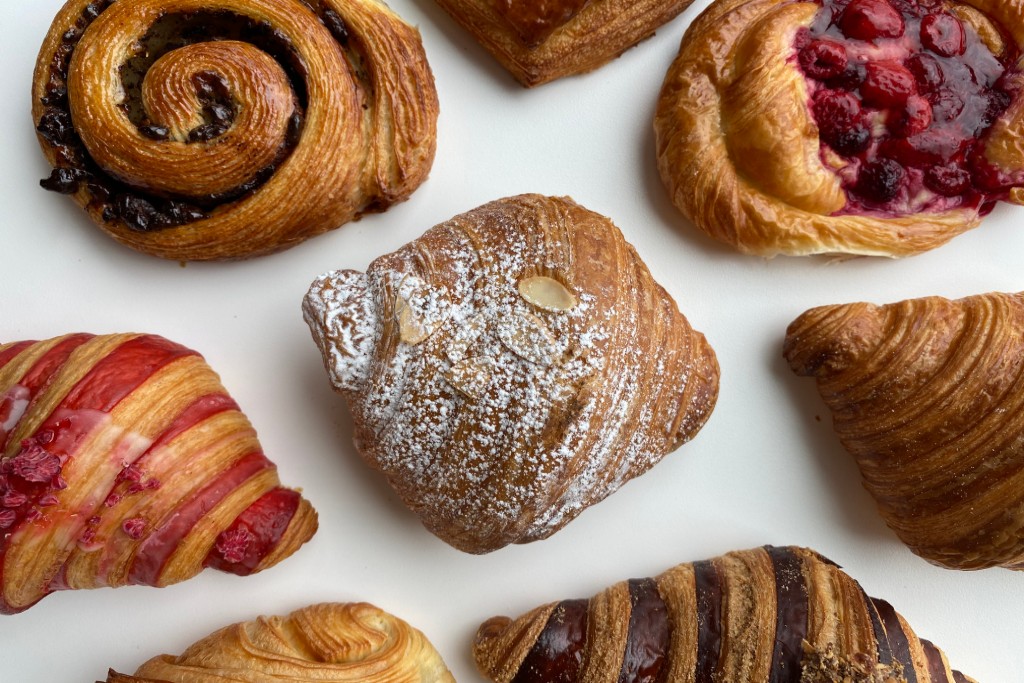 Goûter Patisserie is gearing up to open its second location at Eglinton and Avenue this fall. Headed by pastry chef Rodney Alléguède, the North York pâtisserie, boulangerie, and chocolaterie is known for putting a modern riff on classic French baked goods. Alléguède cut his teeth in Michelin-starred restaurants like Fouquet’s and La Maison Lenôtre in Paris before opening Goûter’s original location in 2016.

Goûter is a much-loved fixture at the nearby Eglinton Way farmers’ market, making Eglinton and Avenue a natural choice for the bakery’s second brick-and-mortar location, according to general manager, Bianca Mazzi.

Fans of the bakery can expect to see a similar line-up of high-quality, housemade treats at its midtown location, with the North York outpost continuing to serve as its main production facility.

Everything at Goûter is made fresh daily, including bread, such as sourdough loaves and focaccia, as well as flakey, 27-layer croissants.

In addition to croissants, the bakery features a variety of other ever-changing viennoiseries — a term used to describe baked goods made using techniques similar to bread-making — ranging from classics like pain au chocolate to Kouign-Amann, a dense croissant-like pastry.

Goûter is also known for its hand-decorated chocolate bonbons, which come in rotating flavours like roasted hazelnut and matcha tea.

Mazzi hinted that the bakery’s expansion to a second location is part of a larger upcoming project, but additional details are being kept under wraps for now.

Goûter is currently targeting a fall launch for its second location, but we’ll have to stay tuned for the official opening date.