Graduates: From Rio to Tokyo 2020 - TRNTO.com
Skip to content 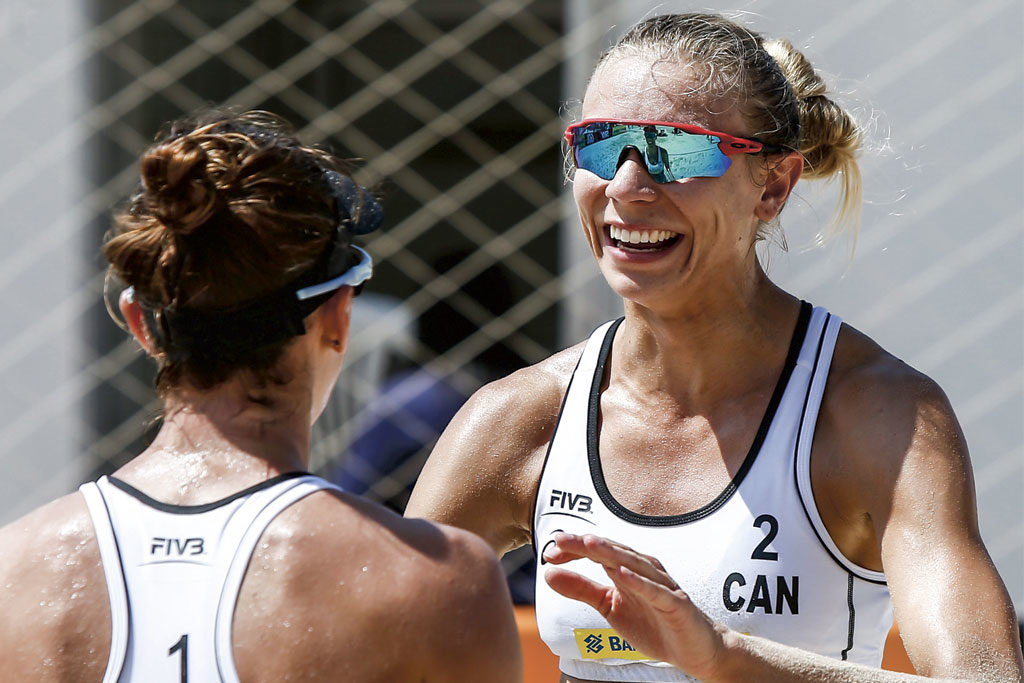 Olympian Kristina May first played volleyball while attending Havergal College, although she didn’t take it too seriously.

“I wasn’t one of those crazy, sport nut kids who try everything,” she says. “My family was really into mountain biking and cross-country skiing, so I did that.”

After graduating from Havergal, May went to the University of Toronto to study linguistics and played on the varsity volleyball team during that time. Her coach suggested she try beach volleyball in the summer to improve her skills.

“I was definitely a bench warmer, so she told me to go out in the summer and use that time to get better, and I discovered that I just loved beach volleyball,” May says.

Although she had never played the sport before university, she knew she wanted to try her best to make a career out of it. In 2010, she tried out for the national team right after graduating from U of T and made it, but her Olympic dream was still far away.

And prove herself she did, as she and then partner Jamie Broder were chosen as the second Canadian women’s beach volleyball team to qualify for Rio 2016 in June of last year, though the Olympic qualification process started back in April 2015.

“It was, first of all, a goal that I was even too shy to say out loud at the beginning of my career because I wasn’t that good, and I hoped, like anyone who wants to pursue a sport full-time, that you’re going to make it to the Olympics,” says May of aiming for Rio.

May and Broder placed ninth overall at the Olympics, which is a career highlight for the pair, as was their record 2015 win.

“That was in Fuzhou, China, in 2015, and we won a tournament on the world tour, which had never been done by Canadian women up until that point. That was pretty amazing,” she says.

Now May has a new partner, Taylor Pischke, who she’s building a relationship with.

“After the Olympics, a lot of the teams will break up and try things,” says May of her new partnership.

They’ve been training together since January and have competed in eight tournaments, with their eyes on Tokyo 2020.

“We’re both tall, which is such a big advantage, and some teams are actually doing what we did, taking two taller people who used to play at the net and sort of sharing the responsibility of taking over the whole court. It’s been interesting. It’s been a fun year,” says May.

Although she’s excited for her new partnership with Pischke, May stays in touch with Broder.