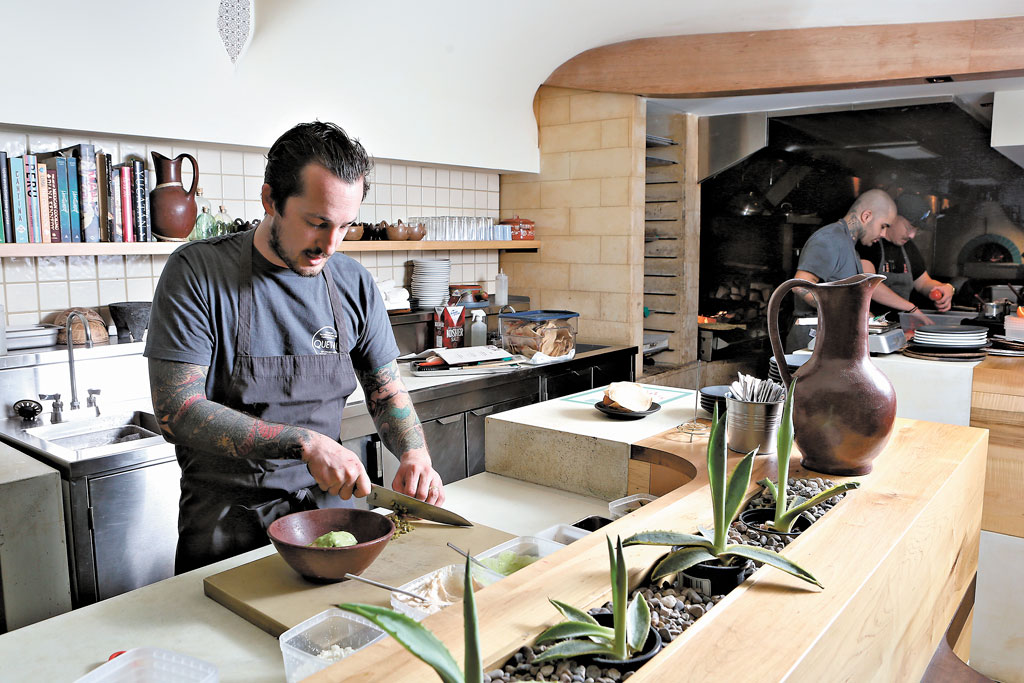 The Little Italy restaurant had been temporarily closed since mid-March amid the pandemic, with chef-owner Grant van Gameren opting not to offer takeout when restaurant dining rooms were forced to suspend service.

Don Pollo take-away bringing the fire back to 419 College Street 🔥🔥🔥 get it hot – accepting orders for pickup and delivery until 9pm tonight! #donpolloto #ovbinc

The chef is now using the Quetzal space to run a new takeout concept called Don Pollo, which debuted on July 11. The restaurant specializes in Sinaloa-style grilled chicken, which is brined and slow-cooked over a wood-fire grill. Chicken is available by the piece, the whole bird, or on sandwiches.

“We’ve worked the last few months to create some insanely good and messy as hell hot chicken marinated in a secret concoction alongside a line-up of sides,” reads the announcement on Don Pollo’s Instagram page. Sides include roasted potatoes seasoned with adobo; shredded jicama slaw with a creamy lime sauce; and charred pineapple with Trinidad pepper, coriander, and lime.

Van Gameren spoke about the new restaurant in an interview with Toronto Life in May, saying that Don Pollo is inspired by the roadside grilled chicken served in places like Mexico and South and Central America.

He added that this concept was a way to make use of Quetzal’s unused wood-fire grills. It’s currently unclear whether Quetzal will return when restaurant dining rooms reopen.

Over the past few months, van Gameren has pivoted a number of his restaurants in response to the pandemic. In early June, he began offering Detroit-style pizzas in his Tennessee Tavern space as part of a new concept called Gianna’s.

Bar Piquette has been operating as a market and bottle shop, while Harry’s Charbroiled and El Rey have been offering takeout (El Rey has also recently reopened its patio).

Rosalinda, Bar Isabel, and Bar Raval are temporarily closed (although a recent Instagram post hints that Bar Raval’s patio may open this month).

Van Gameren’s Parkdale cocktail bar Pretty Ugly announced its permanent closure in June, but there’s hope that the concept may be able to reopen in a new location in the future.

Don Pollo is open seven days a week. Delivery is available through Uber Eats or pick-up orders can be made online directly with the restaurant.